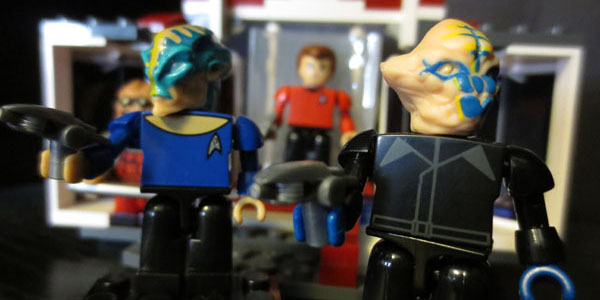 Alongside the Star Trek Kre-O vehicles and playsets, Hasbro has also released a series of blind bag minifigures, which are kind of all over the place.

The Star Trek Kreons blind bag assortment features six minifigures, all from the modern JJ Abrams Trek franchise (a second series will open things up to include Next Generation and more!).  But for now, we get Keenser (Scotty’s diminutive mechanic sidekick), Captain Nero (the villain of the first movie), a Klingon, Lieutenant Sprog, Grasia and a Gorn.

Each figure is designed in the Kre-O block figure style, but it’s interesting that five of the six figures here feature all-new, fully sculpted heads on their blocky bodies.  This is a design choice that I don’t think really works for me– the sculpted alien heads, while nice, make them look out of lace among the brick-headed human Kreons, and don’t really synch up with the brick bodies.

Some of these figures look nice regardless– the heads on Grasia and Keenser are good enough that they could have been used for a typical 3.75″ action figure line.There’s some very cool details going on, too, such as the stubby legs used to reduce Keenser’s height, and the unique setup to replicate the Gorn’s lizard-like anatomy (although I wish he was given longer arms to match).  Nero and the Klingon both sport a new piece, a removable trench coat that I can see getting a lot of plat across the various Kre-O lines.

Character selection gets to go by a whole new rulebook when it comes to blind bags, so we get some admirably obscure choices, for a launch line– while I’m still not sure who Grasia or Sprog are, I think this is a reasonable character mix based on the new continuity– we get two first-movie characters, a video game figure in the Gorn, and presumably three from the new movie (including an army-building Klingon).

Overall the Star Trek blind bags offer a fun assortment, but I’m much keener on Series Two, which will deliver characters from the Next Generation, the Original Series and lots more variety, in addition to more new movie figures. But these six will tide me over until then… there may not be a super-star of this lineup, but they all make for great background characters in one of the Trek Kre-O sets available now. 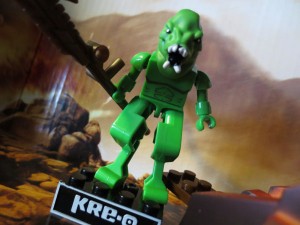 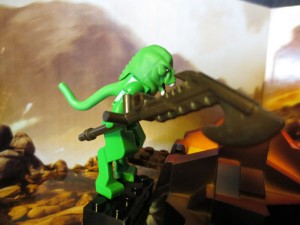 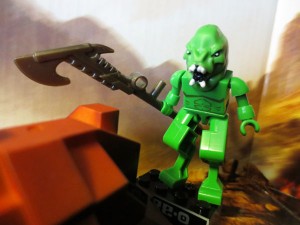 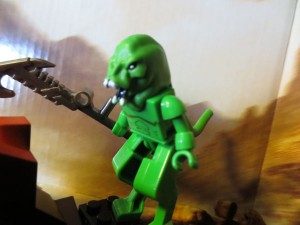 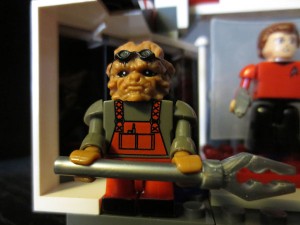 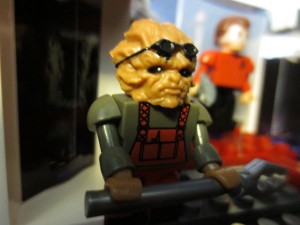 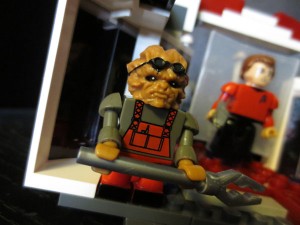 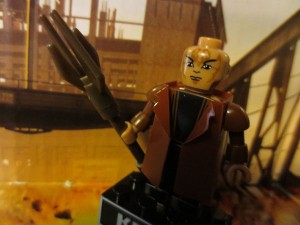 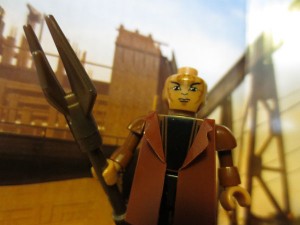 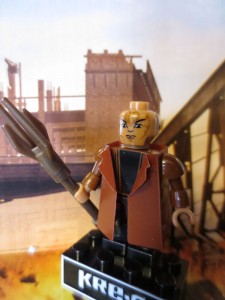 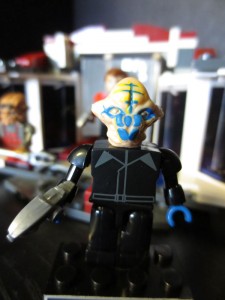 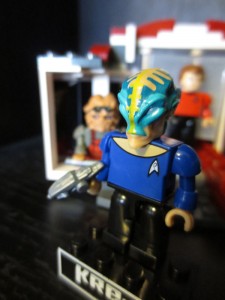 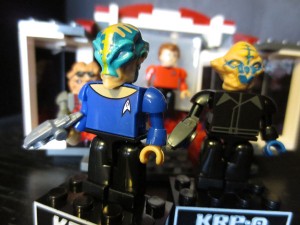 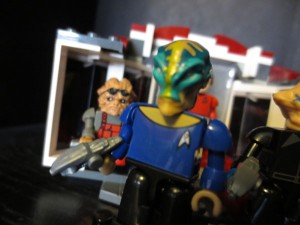 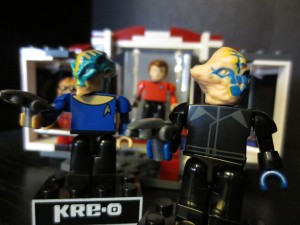 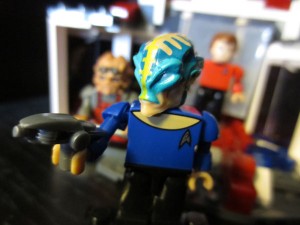 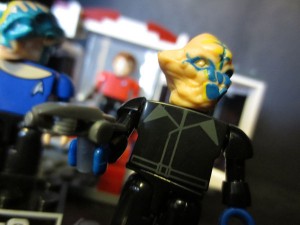 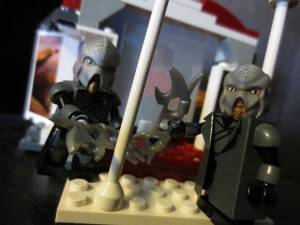 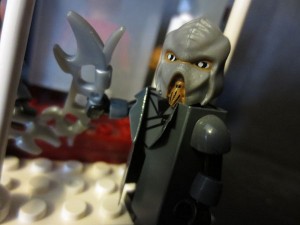 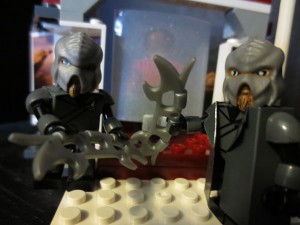 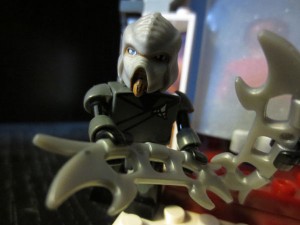 These guys are blind bagged, but much like other Kre-O bags, each one features a production stamp on the back side of the package.  These stamp numbers correlate to the figure inside, so if you want to look for who you want in the display box, use these numbers: