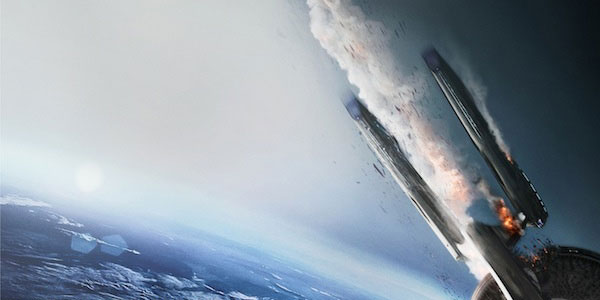 The latest Star Trek Into Darkness poster crashes and burns… but it actually looks pretty cool.

I’ve been fairly vocal about my mixed feeling toward the tendency for marketing on Star Trek Into Darkness to try to sell the movie as the latest grim ‘n gritty, self-serious bore of a blockbuster, and that heavy gravitas continues to be the main message the trailers and posters are selling.

That being said, the latest poster– featuring the Enterprise apparently in mid-crash, in Earth’s atmosphere– is at least a very nice, well composed image, and one that doesn’t look like every other Hollywood blockbuster poster.  I’d hang something like this in my room… a floating head of Benedict Cumberbatch, surrounded by poorly Photoshopped flying embers?  Yea, I’m not feeling any wall space for that kind of thing.

Nice poster aside, we’ve seen the Enterprise crash before, and I’m really hoping JJ Abrams isn’t trying to have that scene become the lynch pin of the new movie… it wouldn’t necessarily be awful to see if it’s handled well enough, but like the dull, Christopher Nolan style marketing blitz… it all feels a little too similar.

I remain hopeful that, marketing nonwithstanding, Into Darkness will continue the upbeat, silly and fun vibe of the first Star Trek reboot.  We will know in just over a month… 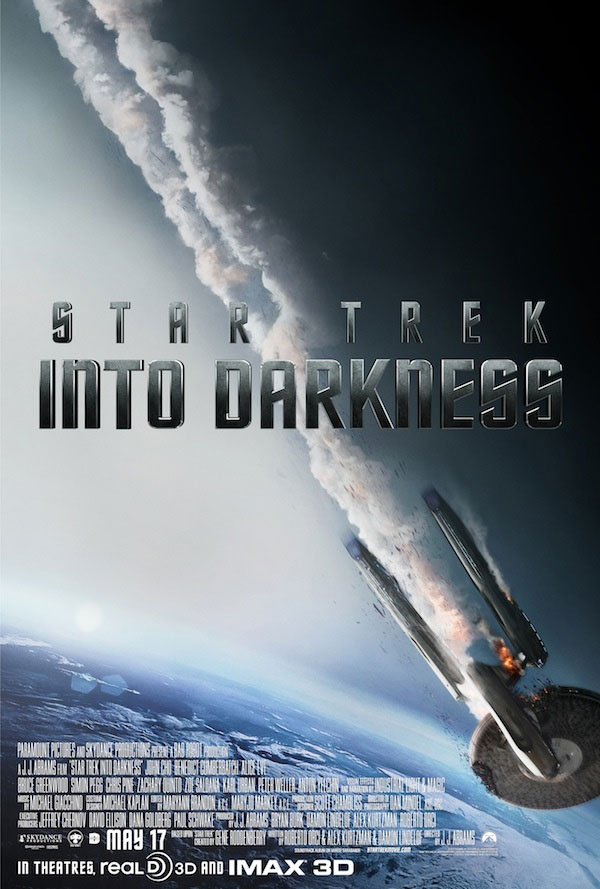