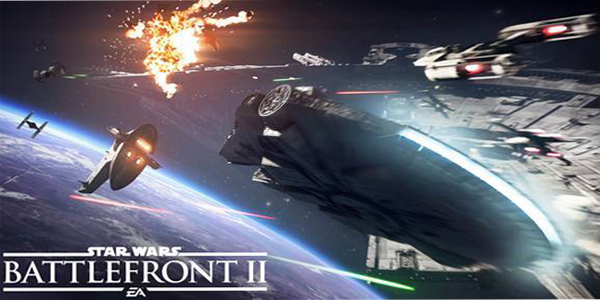 Imperials, Rebels, and the First Order, Oh My!

November always seems to be the gaming month of the year. With Christmas around the corner, games are striving to grab our attention and money. EA and Dice team up again to make Star Wars Battlefront 2 one of those game. Star Wars Battlefront 2 combines all the Star Wars universe into one game, giving gamers the chance to play as Rey to take on Darth Maul. Space battles are back again allowing you to step in to many of the famous Star Wars vehicles to take on your enemies. Players also have the chance to campaign as a single player, work in co-op with a friend, or play multiplayer battles.EA listened to the players when the Beta was released, with lots of changes occurring with the normal release of the game. Getting use to those changes has been challenging, but they add to the oveall value of the game.

The story begins with an imperial pilot Commander Iden Versio leader if the feared Inferno Squad. The story line begins after the destruction of Death Star 2 (ROTJ) and the Inferno Squad must escape Endor and continue their mission of destroying the Rebels. The story mode extends the life of the game for many, allowing you to take a break from all the multiplayer modes, and let you practice your battle skills without being killed quickly against more experienced players.

The good, EA listening to what players want, no season pass although this will remain a question mark until they begin to release content, classes with 4 different types of troops to choose from makes grinding for weapons much easier plus giving you the ability to change up mid game if your not happy playing a certain class, and finally the space play mechanics are faster and more accurate than the previous version making it harder to earn kills and providing a more competitive battlefield.

The Bad. Slow load times, which slows down the switching between campaigns, no more purchasing star cards for credits and spamming grenades non stop which cuts down on the killing spree of some players.  Finally maps are much bigger and more places to get lost this makes games last much longer than previous version.

The Ugly. Same game as previous version just spiced up a bit. EA should have added some different types of game modes into the mix like a ground vehicle race, capture the flag, or even capture supplies.

Overall even with the game lacking some minor details, it has been a fun game to immerse into for mindless video gaming days when there is nothing to do but play.  It was worth the wait and continues to improve everyday. New content will hopefully improve the longevity of playing, and allow players to get their moneys worth out of the game. If your a fan of Star Wars or just FPS then go grab this game and jump in for some fun.