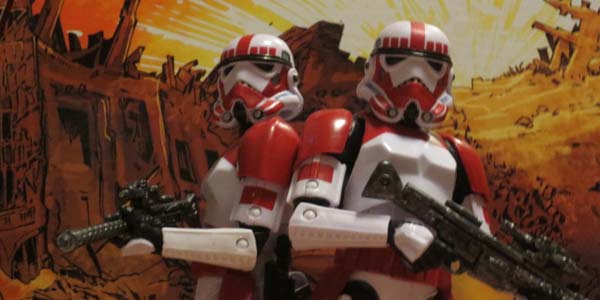 There have been a LOT of Star Wars retailer exclusives this season, and Wal-Mart has been one of the biggest contributors.  Their most recent exclusive bucks the trend of paying tribute to The Force Awakens, instead shining the spotlight on the new video game Star Wars: Battlefront.  The Imperial Shocktrooper is a new army builder for the Dark Side, based on the unique white and red armor depicted in the game.

I’m not the biggest fan of colored Stormtroopers… introducing various colored armors seems to betray the uniformity that serves as a core trait of the fascist Empire, while also giving me flashbacks to the Clones from the prequels.  Combining that with the reuse of the existent Black Series Stormtrooper– with his slightly off model helmet sculpt and super gummy limbs– made me think this figure would be an easy pass.

But after seeing him on the shelf at Wal-Mart back when Battlefront was first released, something urged me to pick him up anyway.  And I’m glad I did, because this figure is pretty cool, and features some improvements over the last time we saw this sculpt.  Not only does the Shocktrooper feature much sturdier plastic on his elbow and knee joints– leaving him feeling much more firm and less gummy– but his weapons sport a great new silver highlight wash, which is one of the most effective gunmetal finishes I have ever seen from Hasbro.

The Shocktrooper’s red and white armor actually looks really cool, and the tones used have a bright, glassy finish that really makes the figure pop.  I liked this guy so much, I actually bought a second one, so they could flank Emperor Palpatine.  I’m hoping when and if we see Royal Guards in The Black Series, they will sport this same high gloss red paint, because it’s really eye catching.

Maybe it’s just my rekindled love of Star Wars, or all the positive buzz that’s left me dying to play Battlefront, but not only did the Shocktrooper motivate me to make a purchase I though I’d for sure pass on, but left me very glad I did.  Look for the Shocktrooper at Wal-Mart stores now. 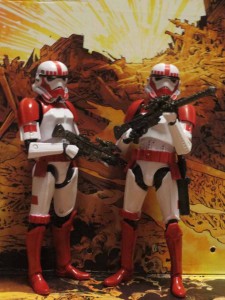 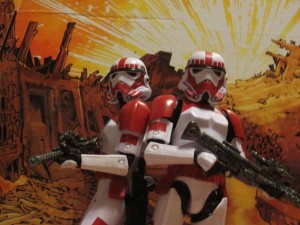 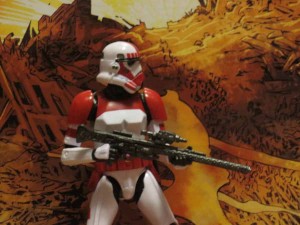 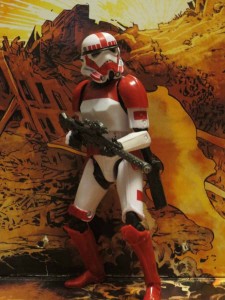 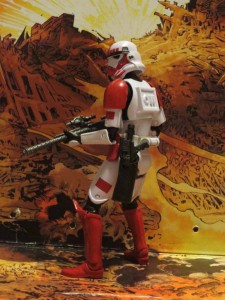 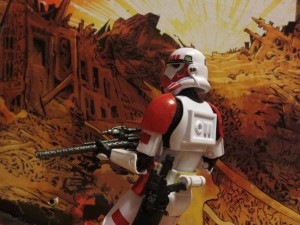 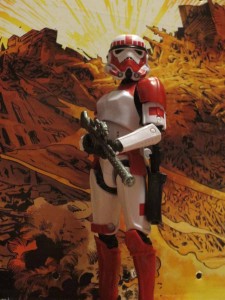 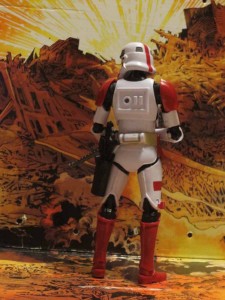 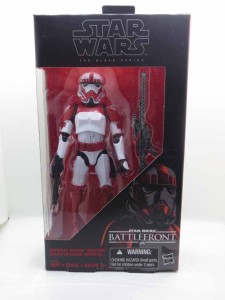 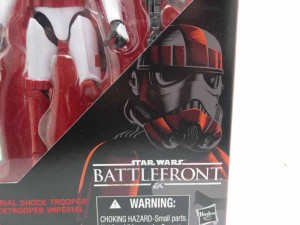 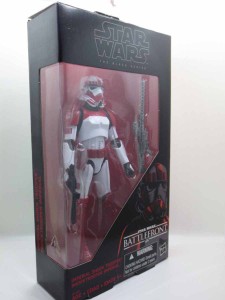 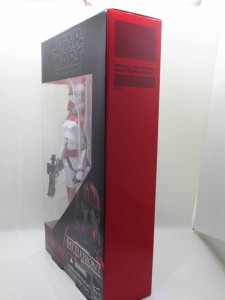 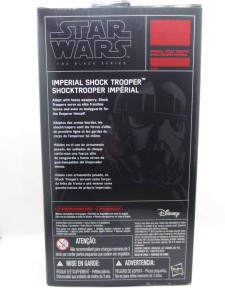 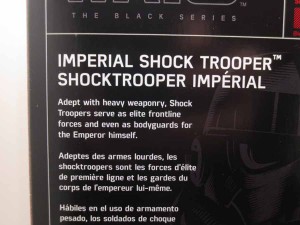