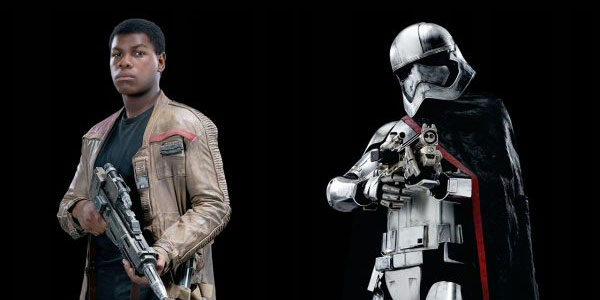 It’s one side or the other– light vs dark. Align with the First Order or choose to fight for the Resistance!

Star Wars Battlefront II will be delivering a new way to continue your hero’s journey in the game for free with fresh new content and live events, in a world that constantly grows and evolves with the community. In the first season, starting on December 5, Star Wars Battlefront II The Last Jedi will bring all new content and challenges themed around the upcoming movie to all players that own the game.

Players will first decide if they want to join the dark side or the light, allowing them to take part in special faction challenges throughout the course of the season. Then, on December 13, Finn and Captain Phasma will join the battle as playable heroes, and epic battles will expand to new locations in Crait, a new Galactic Assault map, and D’Qar a new Starfighter Assault map. In addition, Iden Versio will return in Star Wars Battlefront II Resurrection, an all-new chapter in the single player campaign.