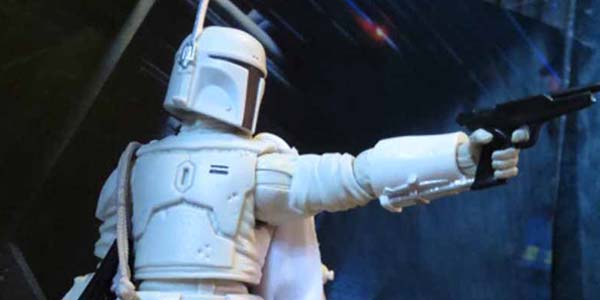 A neat meta-concept for a retailer exclusive gives Hasbro a reason to reissue their amazing 6″ Boba Fett in a meaningful way.

When Boba Fett was first designed for The Empire Strikes Back, his well known color pallet wasn’t yet established.  The original color scheme planned was mostly white, mimicking the Stormtroopers, and this monochromatic looks was used for the prototype costume, as seen in this demo video:

It’s neat to see this kind of behind the scenes look at the design process, and how important color can be to a great design like Boba Fett.  But Hasbro has done one better than a simple YouTube video– their new Walgreens exclusive Black Series release features Boba Fett repainted in this all-white prototype deco.

The prototype armor Boba Fett is an exact recast of the previous figure, which is fine because it’s such a great sculpt.  All the details of the bounty hunter’s armor and flight suit are perfectly realized, and he’s not only loaded with detail but winds up one of those figures who looks great in just about every pose you can muster.  And the new deco not only highlights this great sculpt, but gives off a totally different impression of the villain.

I never would have thought Fett could look so imperial, but this white suit really does allow him to mesh well with the black and white of the Stormtroopers.  And despite his single tone outfit, Fett is actually immaculately painted, with a variety of washes adding depth and realism to the costume.  I like how the “fabric” areas have a different tone of white than the armor, and even the soft goods cape gets a unique deco, with a grey streak running across it.

Like the previous Fett, this figure includes his rifle and blaster with holster, as well as a removable jet pack.  The figure remains outstanding, and I like how the idea of his “prototype” armor sort of bridges the gap between this being a meta-reference action figure, or the result of Boba’s in-universe armor craftwork.  Either way, the simple new paint job really makes this figure unique. 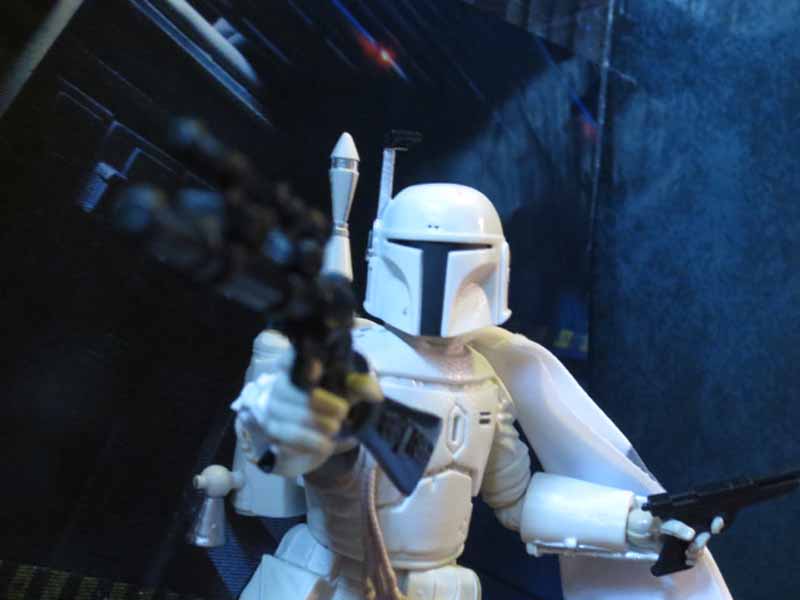 It wouldn’t have been too tough to do some minor retooling to turn the original Boba Fett sculpt into a Ralph McQuarrie concept figure, but I kind of like that Hasbro opted to go for a different reference instead.  We’ve never seen this “prototype” armor version of the bounty hunter released by Hasbro, which makes him feel extra special.

Boba Fett is only available at Walgreens stores, and he’s shipping along with Black Series 5, which means not every store has been getting Fett.  But he is heavily packed in the assortment, so give it a little time and he should start hitting in much wider release.  As a behind the scenes movie geek and a Star Wars fan, this figure is a home run. 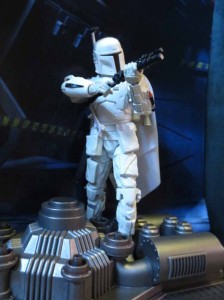 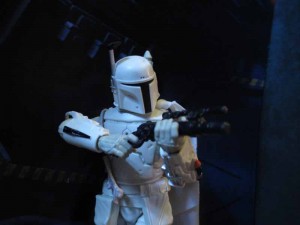 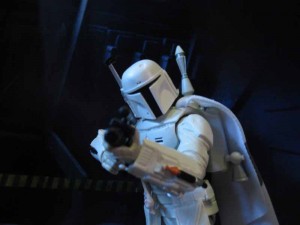 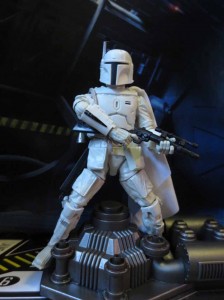 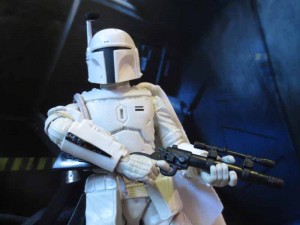 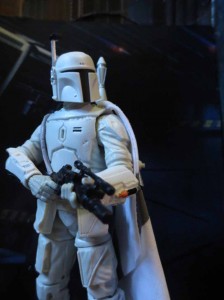 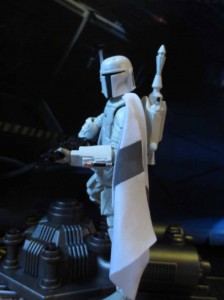 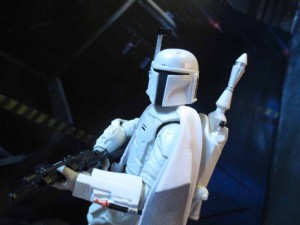 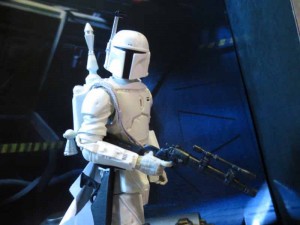 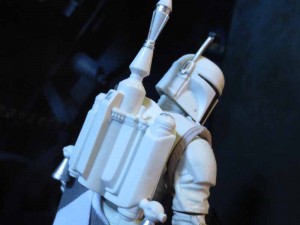 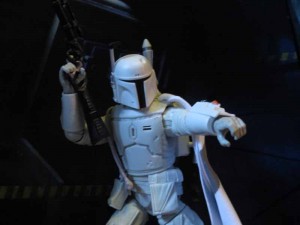 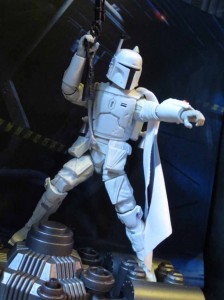 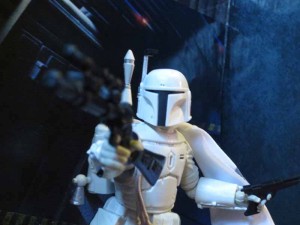 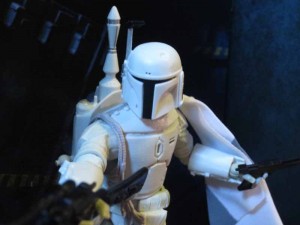 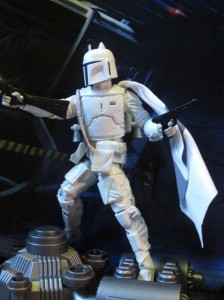 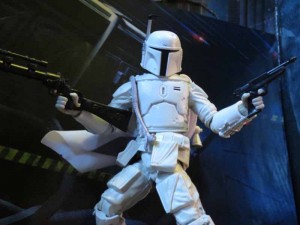 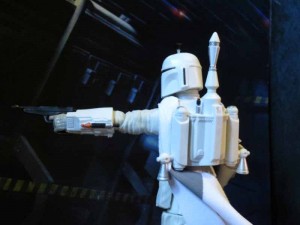 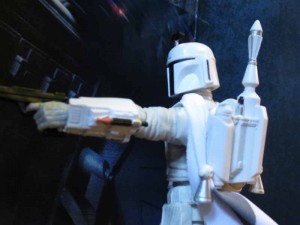 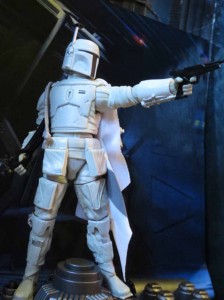 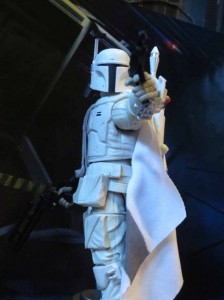 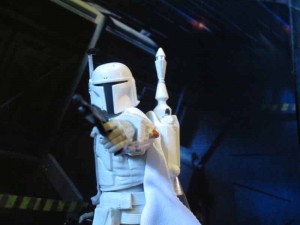