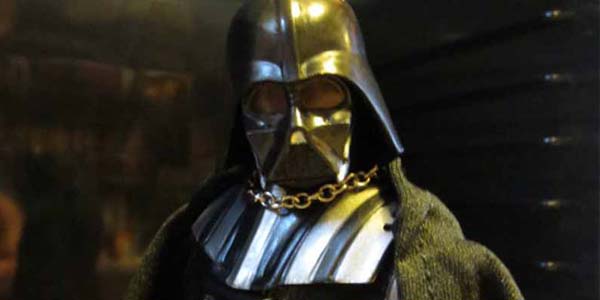 The big bad of the Star Wars universe makes his way to the 6″ scale.

I cannot think of another time when it’s taken five waves and nearly two years for Hasbro to release a Darth Vader action figure, but here we are with the 6″ scale Black Series and the Sith Lord has just now surfaced.  While it’s obviously great to have him here, I honestly can’t say he’s the best we’ve seen in this remarkable toy line.

Don’t get me wrong, the Black Series Vader is pretty nice– He’s incredibly well sculpted, with all the film accurate details of his black armor, menacing cloak and that iconic helmet.  And the figure is big, and appropriately bulky, making him an imposing presence next to the likes of Luke or even quasi-allies like Boba Fett.  I love the fact that our first Darth Vader features a removable mask, revealing the scarred and sickly face of Anakin Skywalker, but while I respect the ambition of this choice, it winds up being one of the figure’s flaws.

I’m not sure if it’s the scale or the softer materials used for the helmet, but while Vader’s metal visage is certainly identifiable, it looks slightly off, dis-proportioned just a tad in order to fit well on the head while keeping Anakin’s human face in scale.  I really like that the helmet and face mask separate like the actual Vader headgear in the film, offering a number of display options for the figure, but while the pieces fit together well, the overall effect remains just a little too loose.  I can’t believe I;m saying this, but I almost wish we had seen a permanently masked Vader first, and this version with the removable helmet as a second version. 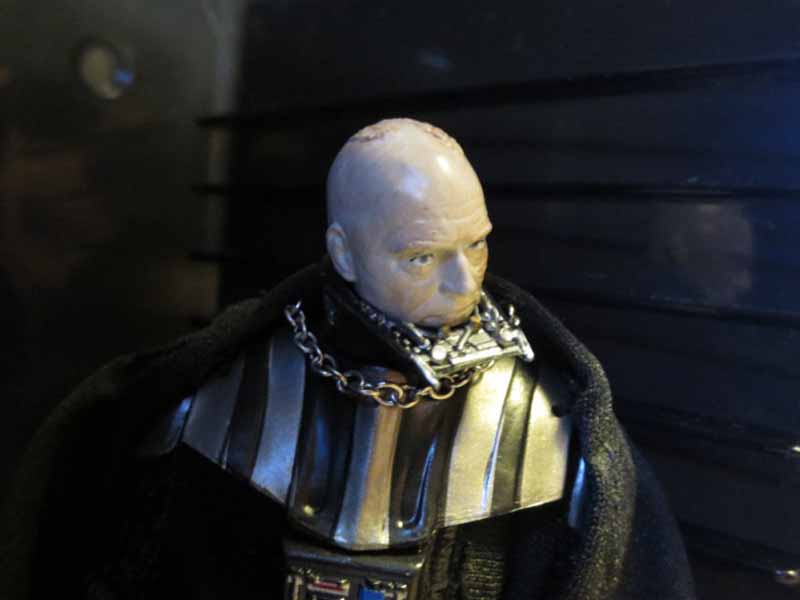 Vader also sports more soft goods than any other Black Series figure… like, a lot more.  I’m not a soft goods hater, but between the tunic and the skirt and the cape, Vader definitely starts to feel as much like a doll as an action figure, in my opinion.  I love the cloth cape, correctly cut longer than the figure’s height so it drapes and spreads at his feet.  And I’m cool with the cloth skirt, which allows a full range of motion from Vader’s fully articulated legs.  But the tunic feels a bit much– it doesn’t add any range of motion nor any real depth to the figure, and the same effect could have easily been achieved by keeping it all plastic, as we have seen in countless other Darth’s over the years.

The other beef I have with this guy is the left hand, which is sculpted in an open-palm, relaxed pose.  It looks kind of good raising it in a classic bad guy “vengeance is mine” sorta way, but it means the Dark Lord of the Sith is forced to grip his lightsaber with only one hand, which is kind of a bummer.  If he was going to have a non-utilitarian hand, I would have preferred a clawed pose to simulate Vader using his Force powers to choke a guy, an option that would be far more unique and character appropriate than what we get.

I don’t want to sound too down on this figure, because he really is cool.  And Vader is such a cornerstone of the Star Wars property, it’s impossible to deny his relevance.  But he’s one of the few Black Series figures who, if offered again as an improved variant, would be a requirement instead of an option.  As it stands right now, Vader’s most definitely not bound for the Death Star trash compactor, but he isn’t making the Ewoks break out the Yub Nub song either, if you get what I’m saying. 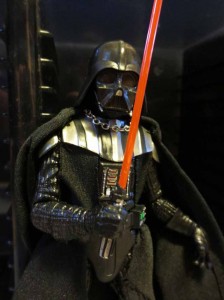 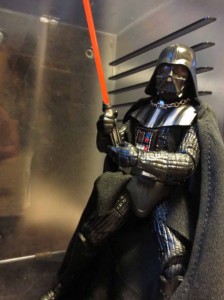 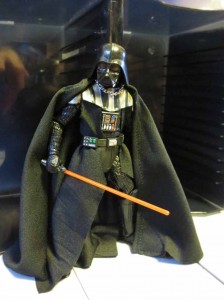 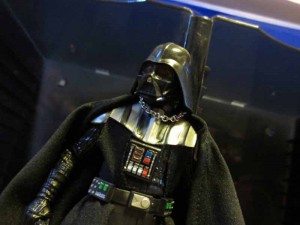 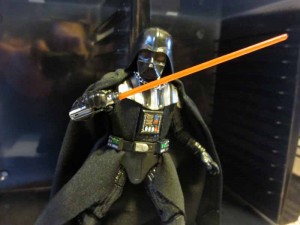 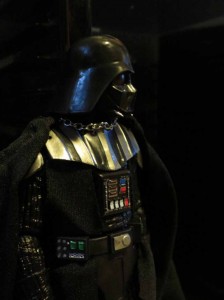 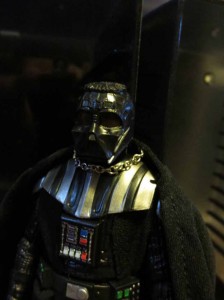 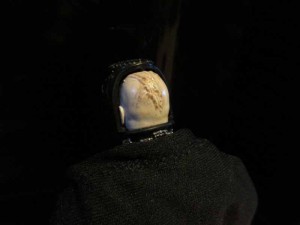 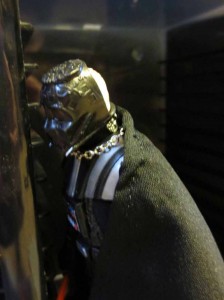 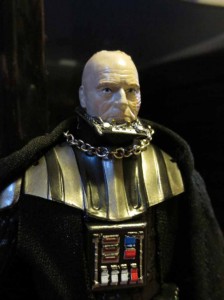 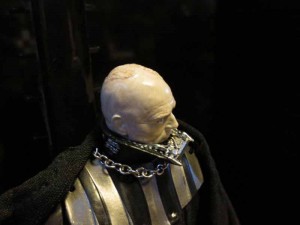 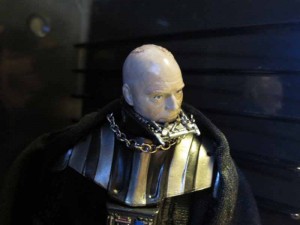 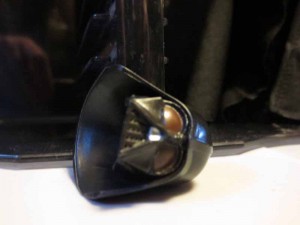 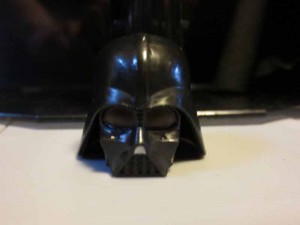 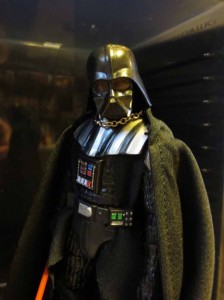 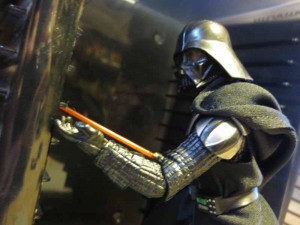 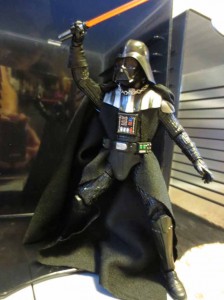 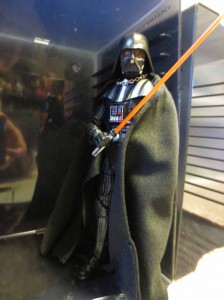 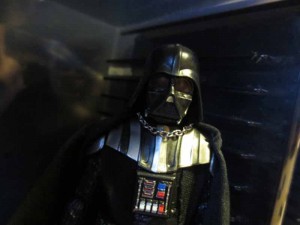 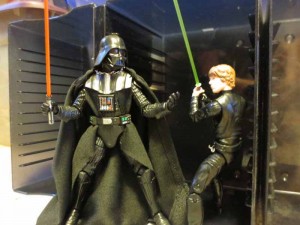 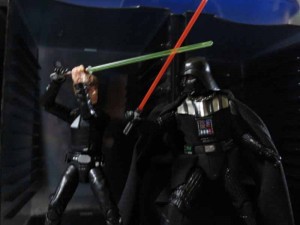 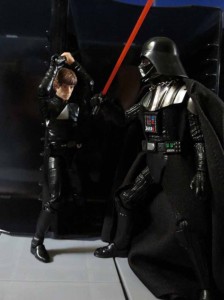 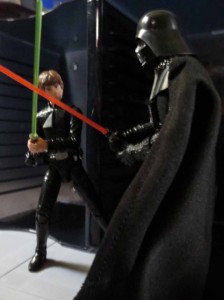 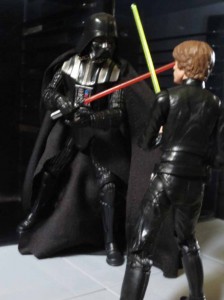 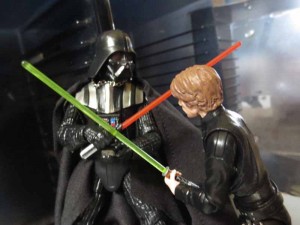