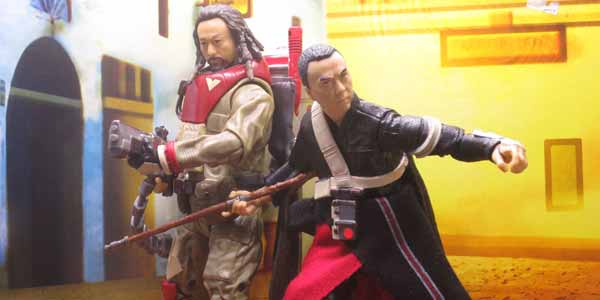 We have not seen any Rogue One Black Series figures released since the latest Star Wars story hit theaters.  Having seen the movie, I can’t think of any characters more deserving of the 6″ treatment than Chirrut Imwe and Baze Malbus… so it feels perfect that Hasbro has added both characters to the latest wave of Black Series action figures.

I don’t know many people who would disagree Chirrut Imwe stole the show in Rogue One, and his partner Baze Malbus was a certified badass.  So I’m happy to report that Hasbro has rolled both characters into the fourth wave of Black Series figures revolving around the newest Star Wars movie.  Even better, Hasbro’s team pulled out all the stops to make this a fantastic pair of action figures, among the best-sculpted and most fun releases among the Black Series banner.

Chirrut is just shy of perfect.  The Donnie Yen portrait is perfect, with a stunning likeness, and a great pale blue tone in his eyes to convey the Force-sensitive warrior’s on screen appearance.  His costume is a perfect rendering of the cinematic look, and Hasbro’s design team made all the right choices with material– Chirrut features an intricately sculpted upper body, and soft goods below the waist which allow for the maximum of martial arts posing options. 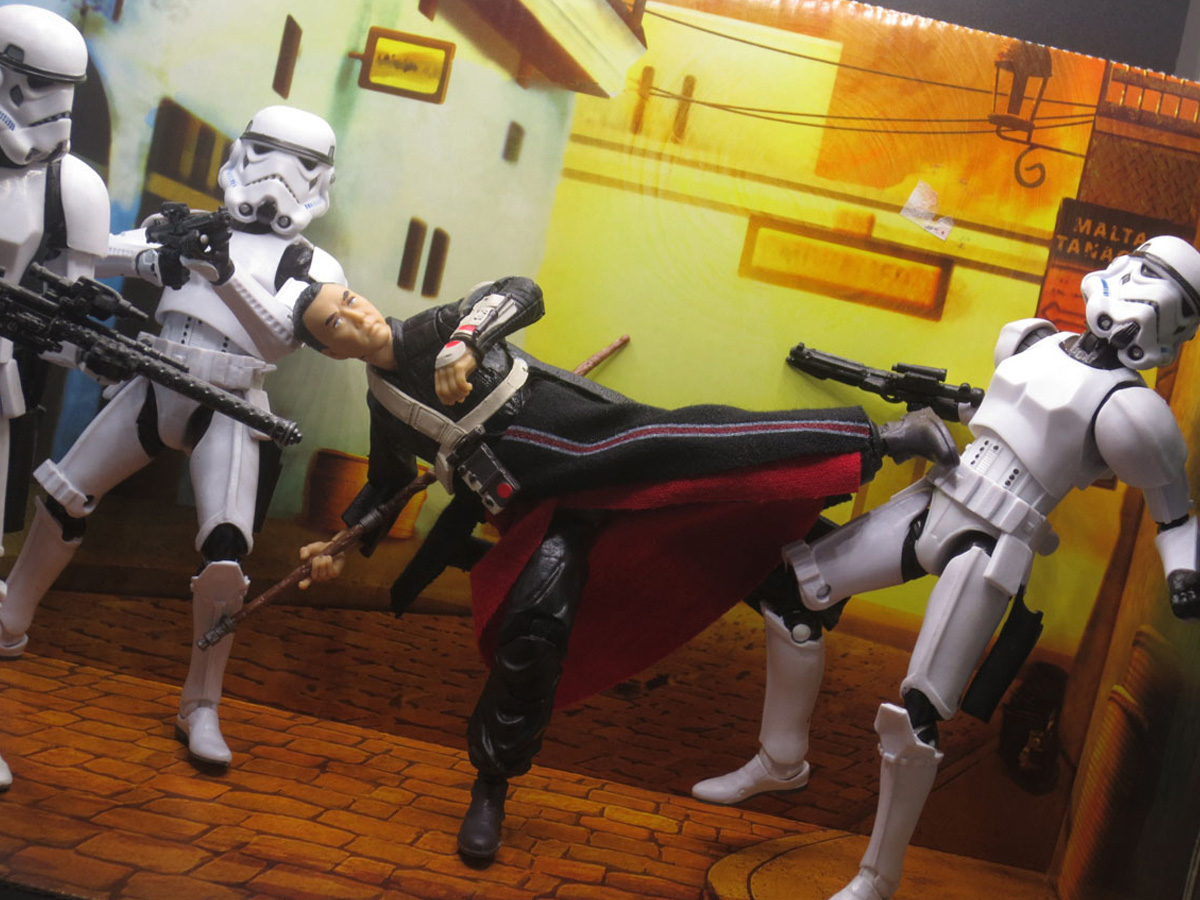 The figure’s likeness is great, and the poseability is above average for Black Series releases, perfect for a martial artist such as Imwe. But it’s the accessories that both bring this figure over the edge and hold him back from perfection.  The warrior monk sports two distinct weapons, both screen accurate– a staff and a bowcaster.  The stick is great, and the figure can hold it quite organically.  I love the design of the bowcaster, from its rotating handle to its collapsible crossbow… but it lacks one key feature from the movie– a strap.  In Rogue One, Chirrut spends the majority of his screen time with the bowcaster slung over his shoulder, via a simple brown leather strap.  Hasbro’s toy weirdly opted to exclude this one accent, which means the figure cannot hold the weapon unless it’s in his hands.  Including a simple rubber strap to sling the weapon over Imwe’s shoulder would have allowed the accessory to be stored on the figure instead of in a parts bin, while also remaining screen accurate, but this oversight instead feel frustrating compared to the incredible detail poured into every other aspect of this great figure.

Thankfully, Baze is perfect in a much less compromised sense. The Wen Jiang portrait is excellent– among the most accurate I’ve ever seen from Hasbro– and the figure’s proportions are fantastic, from his bulky beige flight suit, to the metallic red armor that adorns it. Malbus sports a very unique weapons rig, with a blaster attached to a backpack via a heavy weapons ammo belt, and the entire thing is brilliantly realized on this toy.  The gun fits in Baze’s hands very well, the ammo pack attaches to his back securely, and the belt which connects the two is perfectly pliable, which allows it to remain connected while bending and posing with the figure… unlike the more rigid and restricting 3.75″ Star Wars Universe version. 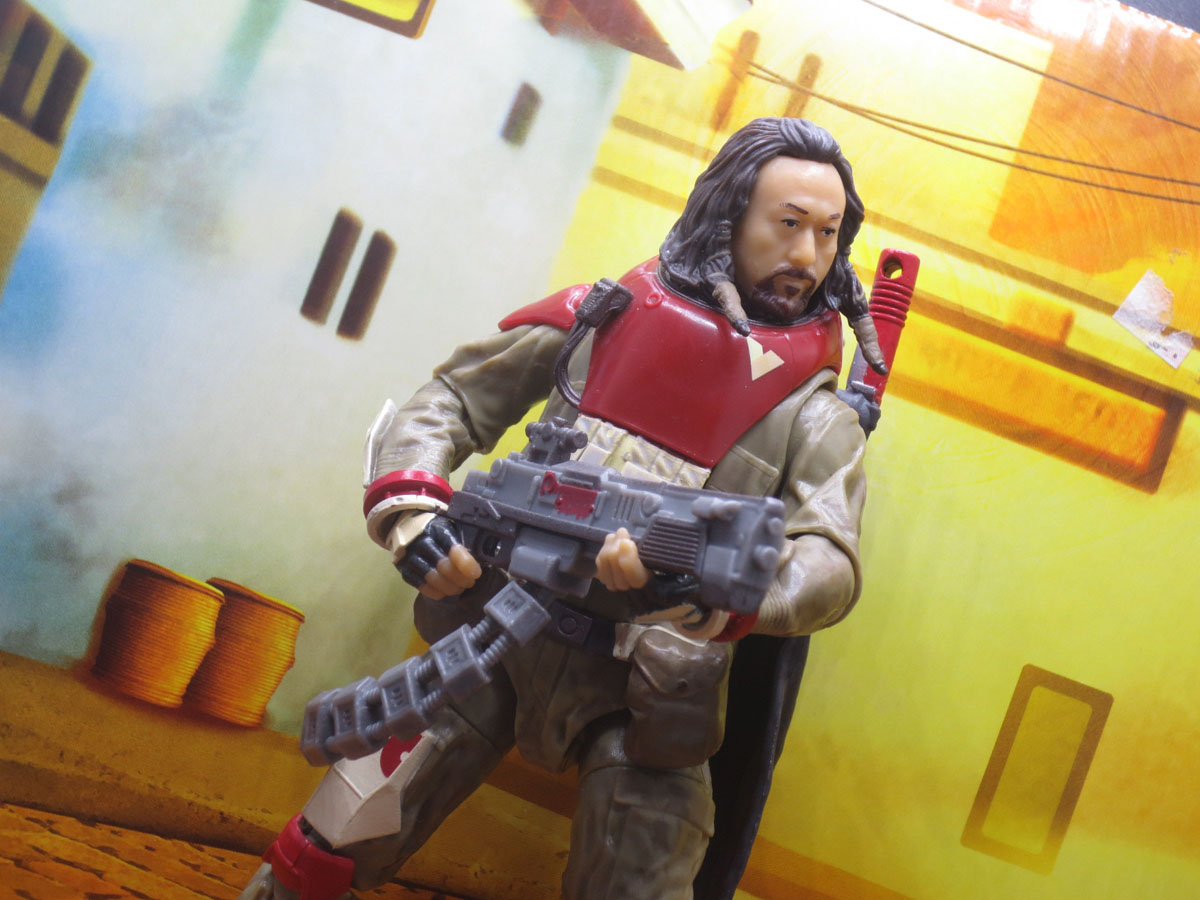 Aside from the missing strap in Chirrut’s bowcaster, I can’t think of anything that would make this duo a more definitive version of action figures than what Hasbro has created.  Honestly, the biggest drawback of their release is the terrible casepack– the first assortment included one Chirrut, one Baze, and four previously released Rogue One figures– but thankfully, Hasbro has attempted to rectify this by offering solid case packs of both Imwe and Malbus since then.  This means at the very least, online retailers should be able to supply an adequate demand for both figures, despite the terrible initial case ratios.  I guess what I’m saying is, I’m perfectly fine holding Hasbro’s feet to the fire over reasonable/ acceptable casepacks… but part of that means I need all of you to NOT feed the scalpers, and have faith that Hasbro knows what’s up, and will make sure they do what they can to make every figure they release available to as many collectors as possible.

I was lucky enough to score Chirrut and Baze from Mike’s Comics N Stuff. If you find the opportunity to order the two Rogue One heroes on their own from Mike or any online/ specialty retailer, I highly suggest you do so.  Trust me– they’re both totally worthy of inclusion in your Black Series collection. 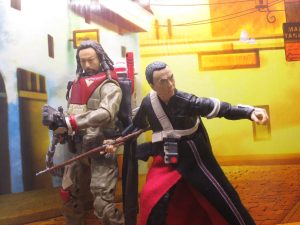 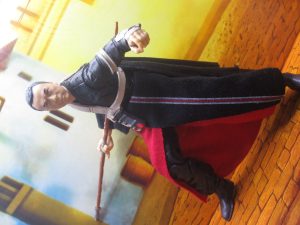 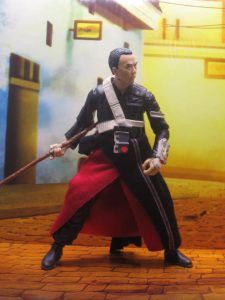 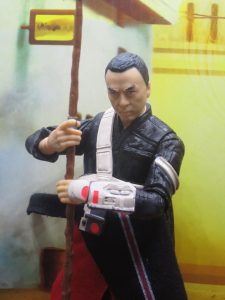 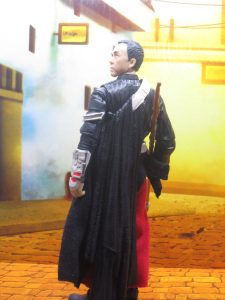 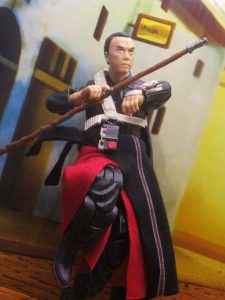 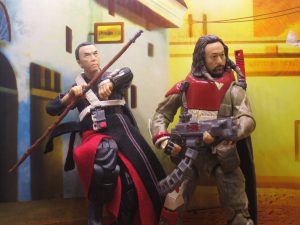 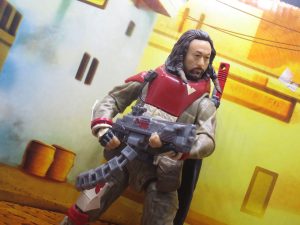 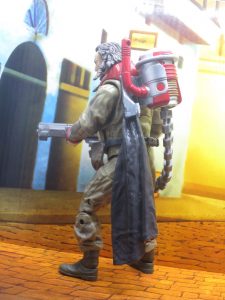 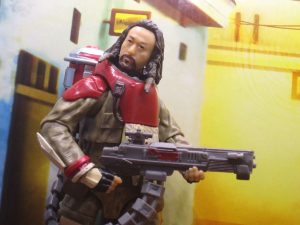 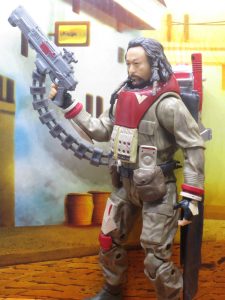 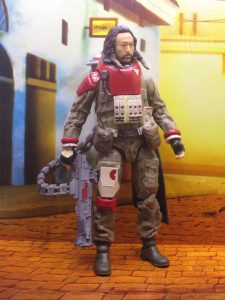 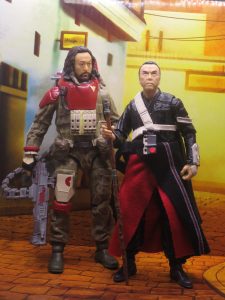 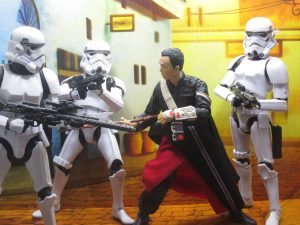 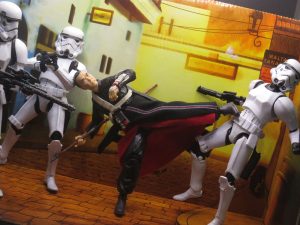 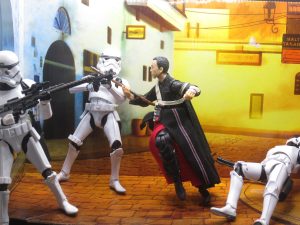 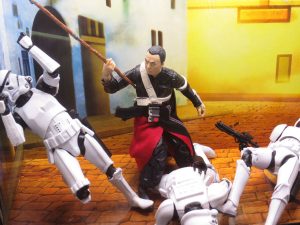 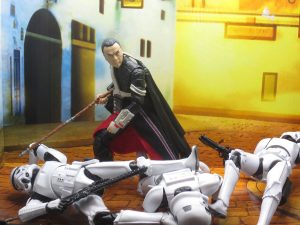 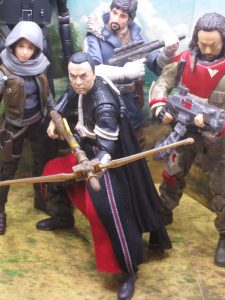 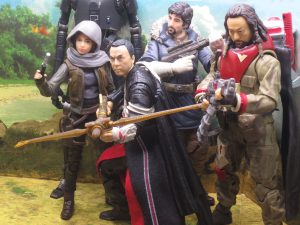 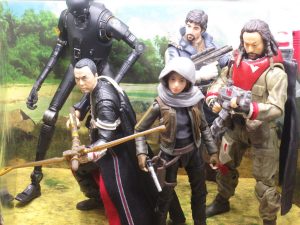 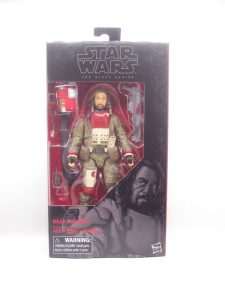 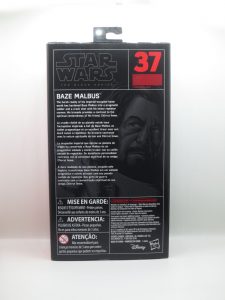 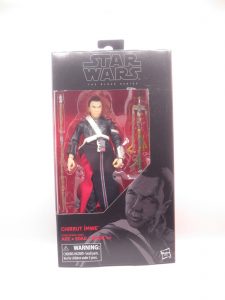 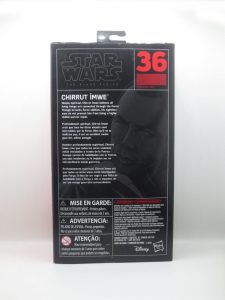