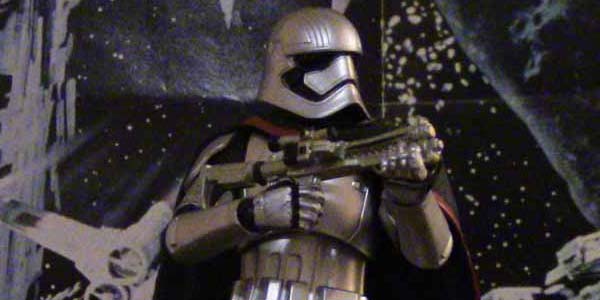 When we first got a glimpse of the previously dubbed chrome-trooper, we Star Wars fans had nothing but questions. Even as we creep ever closer to December, we still don’t know much about the intergalactic woman of mystery. Oh yeah, if you didn’t know, Captain Phasma is portrayed by Gwendoline Christie of Game Of Thrones fame. Enough background though, let’s break this figure down.

There is only one major flaw with this figure, and anyone who glances at it can tell. It is not chrome. The famed armor of Captain Phasma, her calling card if you will, isn’t present on this toy. You may look at this and say it ruins the aesthetic of the figure, but it really doesn’t matter. Normally it would bug me, but the paint that was chosen for the armor is not just good enough, but absolutely gorgeous. Hasbro’s decision to make her silver isn’t the end of the world, and compared to other attempts (18-inch scale Jakks Big Fig anybody?) it looks as accurate as we are going to get.

With that out of the way, the rest of the figure is very impressive. Accessory wise, she comes only with an all new E-11 blaster that can be slotted into the holster on her thigh. The cape is removable, but the head would have to be popped off. That is a risk I am not taking on this one. The detail put into the cape is extremely well done, and makes up for the fact it is a harder rubber. She also appears to be an all new sculpt, although I don’t have my First Order Stormtrooper available to make a comparison. Let’s just say, the majority is all new.

Articulation is fantastic as expected. Phasma sports a ball hinged neck, shoulders, improved elbows, and wrists, a ball jointed torso and hips, as well as a swivel at the upper thigh, double hinged knees, and the rocker hinged ankles. What I mean by improved elbows is the improvement made from the First Order Stormtrooper. That guy had poorly done joints, meaning he couldn’t bend them up very high. Phasma, on the other hand, can get a good ninety degree bend, meaning there shouldn’t be any issues with posing.

Bottom line, you need this figure. Captain Phasma is in the top three best figures Hasbro has made, and must adorn your shelf. Despite the color not being accurate, it looks good enough. There isn’t much more to say about her, just go out and buy her to see for yourselves. 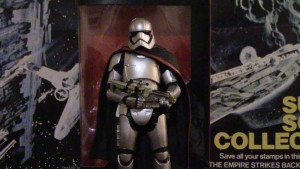 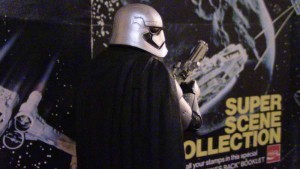 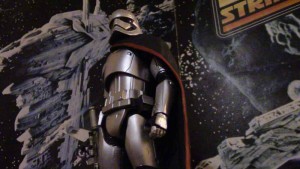 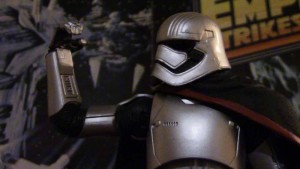 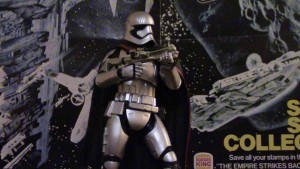 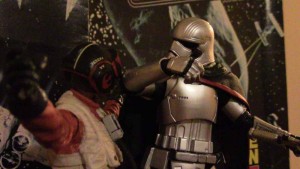 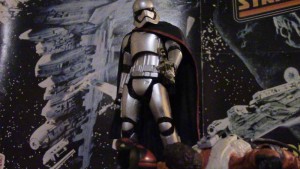 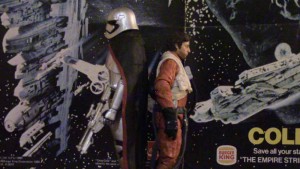 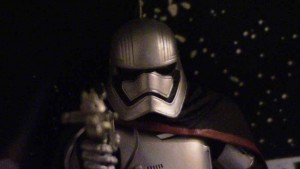