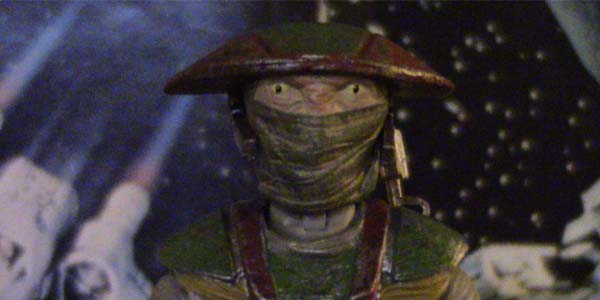 The 6-Inch interpretation of Constable Zuvio is done rather well, but something just seems… off.

So far we know very little about Constable Zuvio, aside from his apparent alignment with the law on Jakku. I can only presume he is a mentor of sorts to Rey, or perhaps he doesn’t have any importance in the film at all (unlikely). What we do know however is that this character has received a lot of attention from Hasbro, and we have gotten Zuvio in two scales already.

Let me get the worst thing about this figure out of the way now, and it really isn’t Hasbro’s fault. The design of the character in general just does not work for me. Yes I realize that it is a bit unfair to criticize the figure for this, but I cannot get past it. The face looks like he has been spending his days running into all the doors on Jakku. This with the strange poncho/cloak he is wearing just makes for a bizarre look, and certainly one that doesn’t scream: Law Enforcer.

Enough about the character because the figure is done well. This guy is packed with detail and a paint job that doesn’t look like someone just swished paint around in their mouth and spit on him. The only part that looks wonky are the eyes. That said, the detail put into the robe and the Embo-esque hat is nice to see. The armor on his shoulders is reminiscent of Clone Wars-era Anakin armor, with a color scheme that matches one Boba Fett. The gauntlets also share a feeling of Fett. Zuvio’s boots also look really nice, but do not have the sand detail of Finn from this line. Oh well.

Accessories for this guy include a removable backpack and a vibro-axe/staff. While both are well done, it still stings paying twenty dollars for a figure (a smaller figure at that) and only getting two accessories. However, since we don’t know what he should come with, I’ll let Hasbro off. Articulation is what you would expect, with one major flaw– the ball-jointed hips are severely hindered due to the rubber cloak… but I’d rather Hasbro do it this way instead of botching a soft-goods approach.

The rest of the articulation is as expected with Constable Zuvio sporting a ball-hinged neck, ball-hinged shoulders, elbows, and wrists, ball-jointed torso, ball-jointed hips, a swivel at the upper thigh, double-hinged knees, and the rocker-hinged ankles. So in the end, the design of the character itself is the figure’s biggest flaw. That coupled with the articulation issues make this guy a pretty easy pass for the casual collector, and everyone else because Hasbro has the worst distribution in the world. 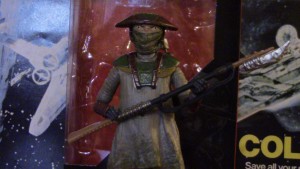 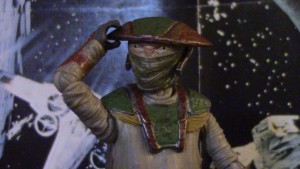 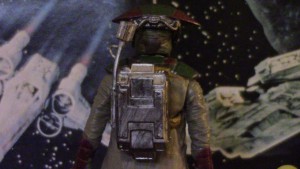 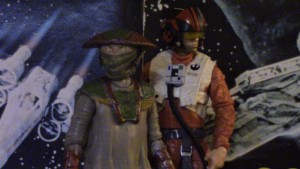 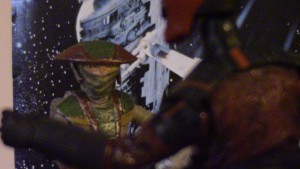 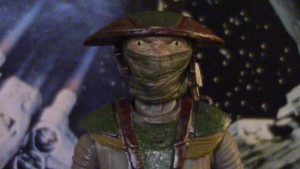 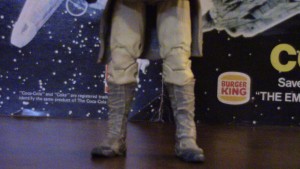 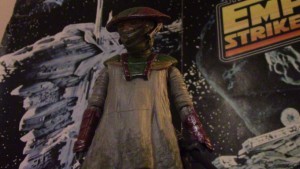