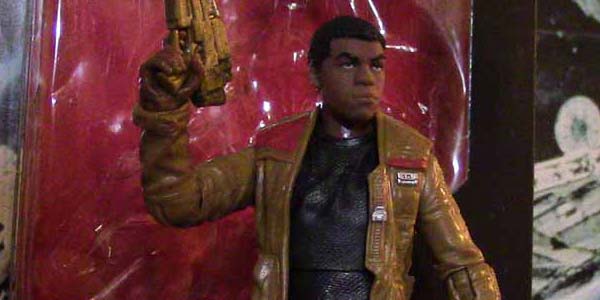 So far all we know about Finn is he is one of our main protagonists, he was once a Stormtrooper, and his action figure is great.

Skipping right to the point on this one, Finn from Hasbro’s Black Series is truly one of the best human action figures they have made, which is saying something if you have seen their previous efforts. Facially flawless and with clothing matching the trailers to a tee, there are very few complaints about this guy.

Let’s start from the top on this one, his face sculpt. As I said earlier it is flawless. Looking extremely close to John Boyega, I’m not sure Hasbro could’ve done any better. They even use a matte paint to make sure his face doesn’t shine like freshly waxed armor. Moving down the torso, his outfit is pretty basic. He sports a similar jacket to Luke’s ceremonial one, and underneath appears to be the black body glove worn by the First Order’s Stormtroopers, yet that remains to be seen. Although plain, there are many details in the clothing that stand out. The folds and creases on the knee joints, the fine pattern detailing on the chest, and the silver paint on the coat really make this figure stand out. Even his shoes are painted to make is appear he has be running around in the desert, as this Finn is Jakku specific.

Articulation is pristine as ever on Finn. From top to bottom he has a ball hinged neck, shoulders, wrists, a ball jointed torso, ball jointed hips, swivel at the upper thigh, double hinged knees, and rocker-hinged ankles. You won’t have any issues posing this guy!

The only flaw to an otherwise perfect figure is again the lack of accessories. Only coming with one blaster, it would have been nice to see more. Perhaps Hasbro doesn’t want to spoil anything, or maybe the just want to sell more toys later on in the line. Who knows at this point? Aside from that, he is definitely worth the twenty dollars and is a must have for any Black Series collector. 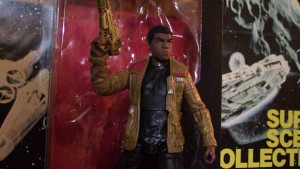 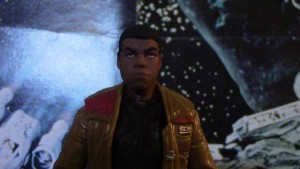 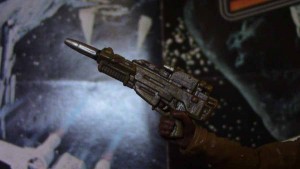 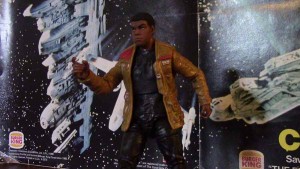 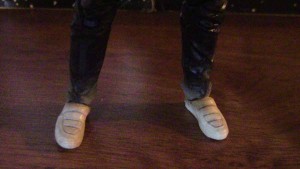 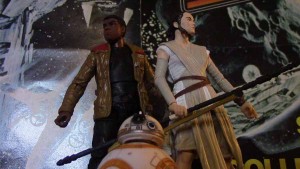 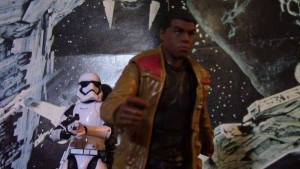