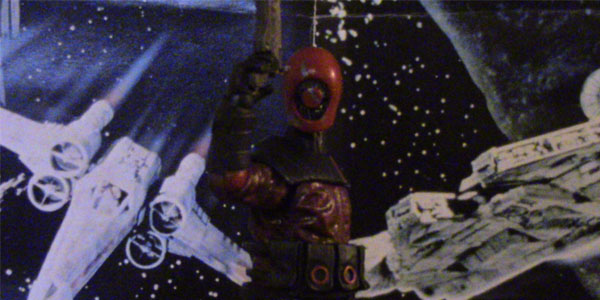 Are you like me? Are you trying to figure out why Hasbro chose this character to grace our shelves? I certainly don’t understand why Hasbro would pick the Guavian Enforcer for wave two, especially given the great characters we have actually seen in the trailers. Nonetheless, this is the guy they chose, so let’s move on.

Strange is the perfect word to describe this figure. From a distance he looks like Deadpool, and frankly if he was in a lineup of random figures, I don’t think I could pick him out as a Star Wars toy. The headsculpt specifically is just flat out bizarre, sporting a giant circle right in the middle of his face. How does this character see? Is it a droid? I guess we’ll have to wait until December, but for the time being it just makes for a weird aesthetic.

The detail in the figure is absolutely stunning. The mesh and wires underneath his mask are sculpted with extreme precision, and the outfit in general is done very well. Despite this figures overall look, you cannot deny the fact that he looks stunning. The legs in particular, a place where you might not look for detail, are just gorgeous. Even some of the wires on the knee add something special to this, even though it does hurt the movement.

Accessory wise, this figure comes with two weapons. Both blasters have a distinct look to them, one looking like some sort of grenade launcher, and the other being a stout shotgun. Now, again, I haven’t seen the movie so these predictions are probably wrong. These guns aren’t painted that great, but it is passable in today’s day in age of horrid paint applications.

Well, it’s about time we get to the negative. On my sample, the ball-hinged neck just isn’t there. It appears to be glued in place and it gives the head a bizarre tilt. Safe to say I was very angry about this, but hopefully it isn’t an issue on all samples. Aside from that, the previously mentioned wire on the knee makes it so you cannot bend it to it’s full ability. While I’m talking about articulation, the Guavian Enforcer come with a ball-hinged neck (supposedly), ball-hinged shoulders and elbows, ball-hinged wrists, ball-jointed torso, ball-jointed hips, swivel at the upper thigh, double-hinged knees, and the rocker-hinged ankles. So overall, you don’t need this guy. Yeah he is a solid figure, but he doesn’t seem like a main character at all, and this wave has plenty of great characters to choose from. 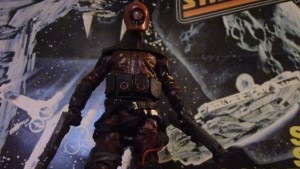 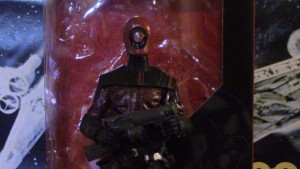 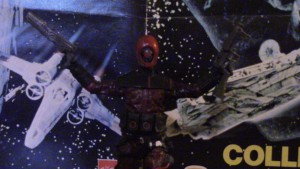 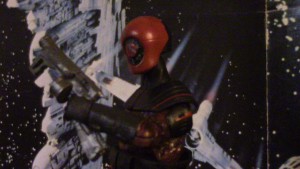 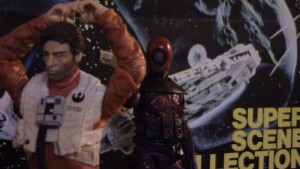 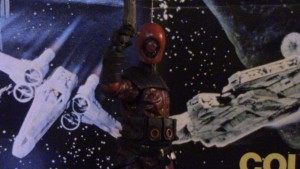 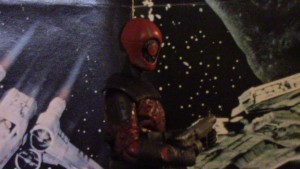