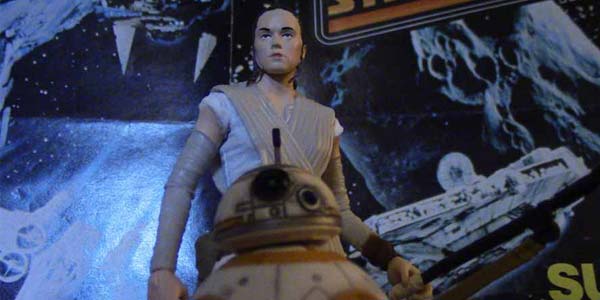 When midnight struck on September fourth, Rey and her droid companion BB-8 were one of the first figures to fly off the shelves and not for the reason you might think.

Did anyone want Rey? Probably, but far more people were interested in BB-8, the soccer ball droid. BB-8’s popularity aside, Rey is not one of Hasbro’s shining moments, as this figure has some glaring issues that prevent it from greatness.

The portrait does not look much like actress Daisy Ridley. Hasbro always has issues with not only human faces, but particularly capturing any of the female characters. Something is just off. However, the hair is done well with the series of buns and loose strands coming down off the sides. Moving towards the torso, the sculpting is passable, but the paint is lacking. There has been zero effort into making her look like she has been scavenging the deserts of Jakku, and it really hurts the overall aesthetic of the toy. She has a white tunic of sorts underneath her tan wrappings, as well as several straps to hold her pouch on. Moving to the legs some of the outfit flows over her hips, which causes problems. The hard plastic outfit drastically hinders her movement, limiting her poseability. She can barely move her legs at all, which is a shame. Nothing too interesting in the feet area, aside from the lack of the nice sand paint detail we saw on Finn.

Articulation on Rey suffers as well. Having a ball hinged neck, shoulders, elbows, wrists, ball jointed torso, ball jointed hips, swivel at the upper thigh, ball hinged knees, and rocker-hinged ankles. You might be wondering where the issue is, and it comes in the form of the elbow joints. They can’t really move up too far as the plastic covers too much of the joint. This makes it impossible to get her in good action poses with or without her staff.

Speaking of the staff, it is her second accessory after BB-8. It is painted well, though I wish is had a soft rubber strap so she could better sling it around her shoulder. BB-8 is nicely painted and articulated, having a ball jointed head on a peg so it can move in a variety of ways. BB-8 can be difficult to balance, but it can be done with some patience. Sadly though, without BB-8, this figure wouldn’t be worth the cost. There are just too many issues on Rey to overlook. Despite those issues though, she will sell well due to her, and even more so BB-8’s, popularity. 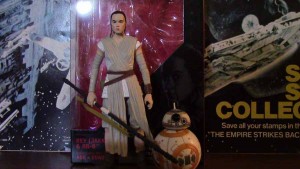 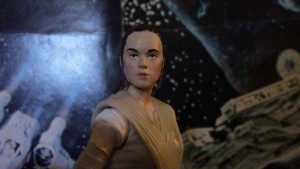 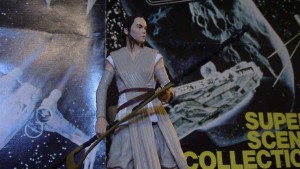 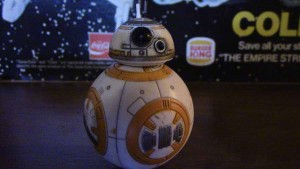 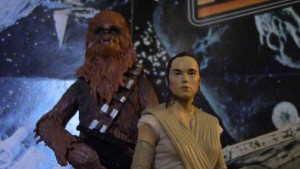 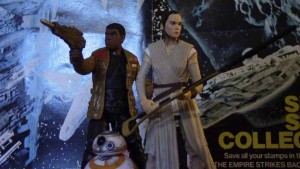 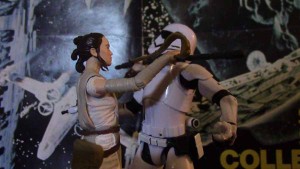 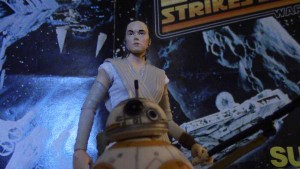