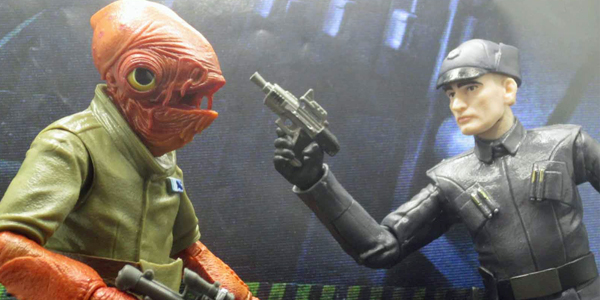 Hasbro and Toys R Us team up to bolster the ranks of The Resistance and The First Order in The Black Series.

We’re over a month past the debut of Hasbro’s The Last Jedi collection, and more and more of the retailer exclusives are starting to surface. One of the highlights– and the most eagerly anticipated for me, personally– is the two-pack featuring a First Order Officer versus everyone’s favorite Mon Calamari hero Admiral Ackbar.  While we’re not exactly dealing with A-listers here, this set does a perfect job of building out the Resistance and First Order forces in toy form, while delivering a fan favorite hero… who also happens to be a weird-ass alien, something The Last Jedi line has been sorely lacking thus far. 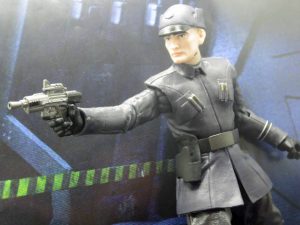 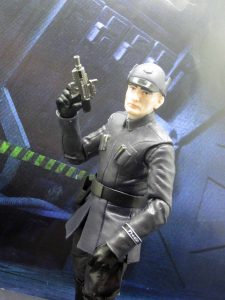 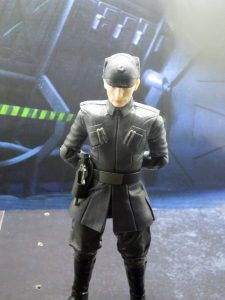 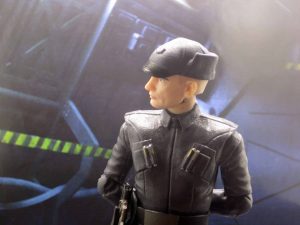 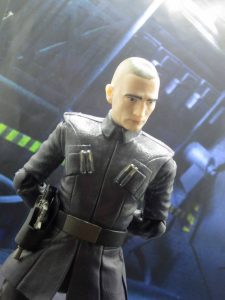 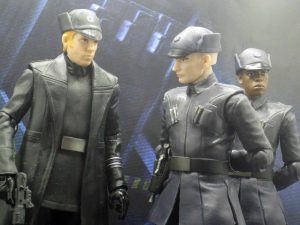 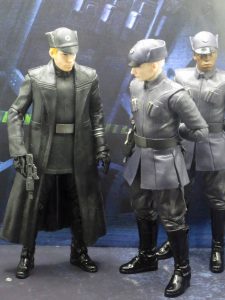 I’ll save the best for last, so let’s begin with the First Order Officer. He’s not a bad figure… I personally can never get enough of Imperial officer types. The figure makes smart reuse of the Finnin First order disguise previously released in The Black Series, but with an all new head.  I was pleasantly surprised this guy also features Finn’s removable hat.  Underneath, he’s pretty much bald, although he sports a fade paint app which suggests short cropped hair.  The Officer also includes a blaster with holster, and he fits in perfectly alongside the First Order Stormtroopers, General Hux, and Captain Phasma.

The real highlight of this set is Ackbar, a long-time fan favorite finally making his debut in Hasbro’s 6″ series. The all new sculpt is incredible, perfectly replicating the Resistance admiral’s bizarre, crustacean-like features. Thanks to the larger size, this figure is able to pack more intricate detail into the sculpt, including the shell-like texture of Ackbar’s exposed forearms and the small antenna-ish protuberances stemming from above his mouth. 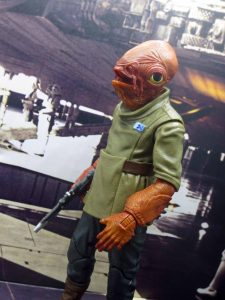 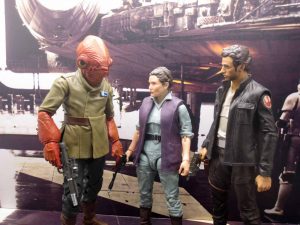 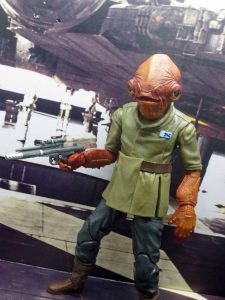 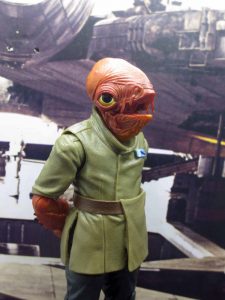 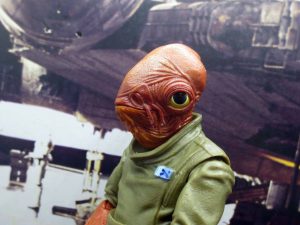 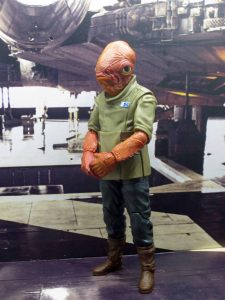 Speaking of the mouth, this is a great bit of engineering, as both the top and bottom of Ackbar’s head can move, allowing for multiple open/ closed mouth expressions. Sadly, the workings of the mouth do not allow side-to-side mobility in Ackbar’s neck, but it’s a small price to pay for such a great looking, smartly functioning joint.

Some typical Star Wars fanboys are bemoaning the fact that we’re getting Ackbar in his Resistance uniform instead of his Rebellion whites, but I like this look, and it’s pretty obvious that– with the majority of the figure now sculpted– a Return of the Jedi era Ackbar is clearly coming somewhere down the line.

The Ackbar/ Officer two-pack is slowly making its way to Toys R Us stores now. I’d tell you it’s worth the purchase, but DUDE– it’s ACKBAR. So you’re already obviously going to buy it.