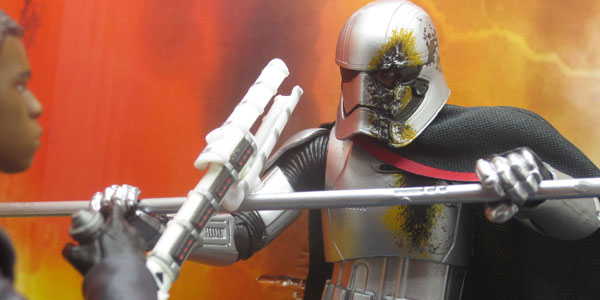 Captain Phasma makes her way back to The Black Series with a stylish, scene-specific Disney Store exclusive.

While I absolutely love The Last Jedi, I’ll still willingly admit, it was the second Episode in a row that gave her the short shrift. But her one scene aboard Snoke’s ship The Supremacy was as thematically powerful as it was cool to watch, so I’m glad Hasbro brought her back to The Black Series to commemorate her iconic showdown with Finn in the latest movie.

Since Phasma did not change her appearance between Episodes VII and VIII, it makes sense her latest figure would instead be based on a cinematic moment, specifically after she faces Finn and the business end of a Riot Baton. It was one of the more stylistic scenes in The Last Jedi, as Phasma’s slick silver armor finally cracks, revealing one piercing human eye from beneath her helmet… and one of the strongest metaphors within the film’s context, as the mighty First Order begins to crack, opposite the passion of the new Rebellion.

The new Phasma figure reuses much of the original figure’s tooling, but adding a new, multi-layered headsculpt which captures the broken helmet and the eye underneath, along with some excellent burn scoring paint apps on the helmet and chest plate to replicate the injured Phasma’s appearance on screen. We’ve seen droves of “battle damaged” figures in years past, but this might be among the most realistic and believable decos ever designed by a mass market toymaker. The multiple layers of damage deco that play opposite the figure’s chrome armor– be it the straight paint apps on the figure’s body, or the sculpted damage of her helmet– are perfectly realized within the multi faceted renderings of this figure. The new Phasma is one of the most realistically detailed action figures within Hasbro’s Black Series.

If deco alone is not enough reason for you to justify a second purchase in the series, the new Phasma also includes the Quicksilver Baton she’s seen with in the movie, both in retracted and extended modes. Phasma also comes packing her distinct short blaster rifle, just like the original Black Series release.

Look for the new Captain Phasma at your nearest Disney Store… she’s also available now at Shop.Disney, if you don’t have a retail outlet in your area. 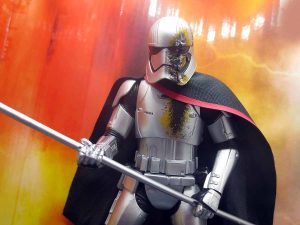 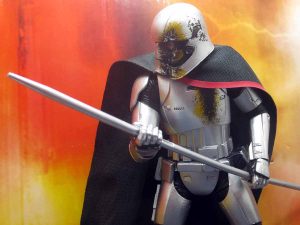 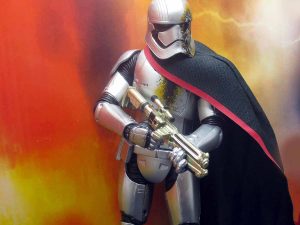 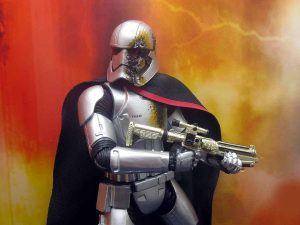 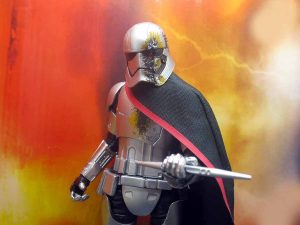 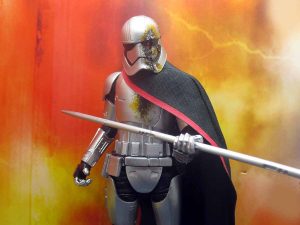 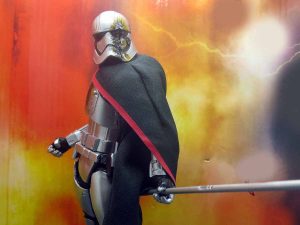 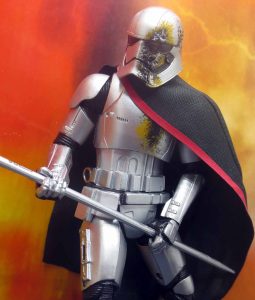 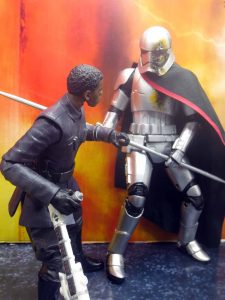 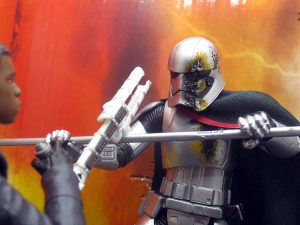 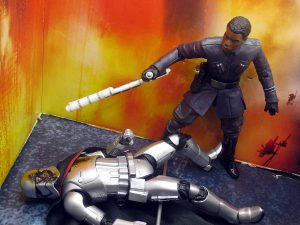 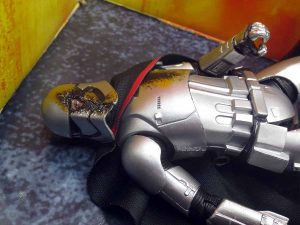 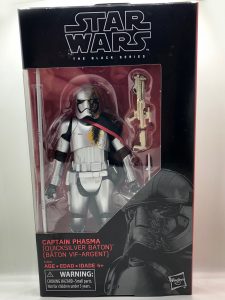 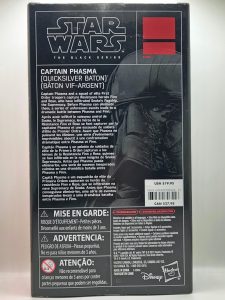