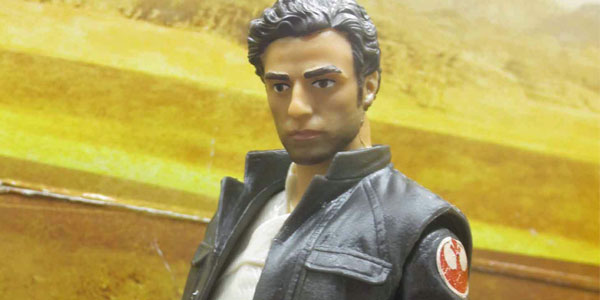 The hero of the Resistance gets a promotion in The Last Jedi Black Series.

Poe Dameron was my favorite character in The Force Awakens, a very capable guy who’ doing the right thing simply because it’s the right thing to do. He’s the type of square-jawed hero there’s surprisingly few of in the Star Wars universe, and I can’t wait to see where he goes in The Last Jedi.

One place it’s been established Poe will go is up the ranks of the Resistance, and Hasbro’s new Black Series release captures him in his Captain uniform. The look is pretty simple, and very familiar in Star Wars aesthetic– a light undershirt with a dark jacket, dark pants with a leg holster, and boots– but I like the echoes of Han Solo seen in Poe’s style.

And the excellent detail on this figure makes him well worth your attention, even if he’s not as flashy as some of the others in this assortment. The biggest highlight is the new headsculpt, featuring an incredible portrait of Oscar Isaac. Hasbro could not seem to nail this guy’s likeness in The Force Awakens collection, but this new version is a huge step up.

The rest of the figure is equally well sculpted, with very realistic folds and wrinkles in his uniform, and great details like the working leg holster and the Resistance patch on his left shoulder. Poe features all the articulation we’ve come to expect from The Black Series, and he looks great with or without his included blaster.

Poe Dameron is available now in The Last Jedi Black Series wave two, available now at Toys R Us stores and coming soon to Game Stop and other major retailers. 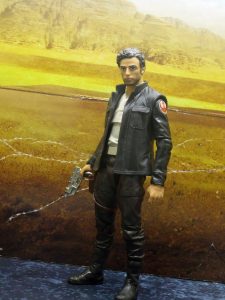 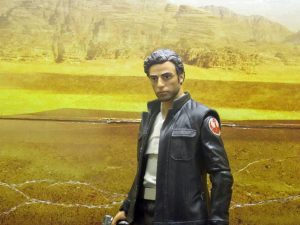 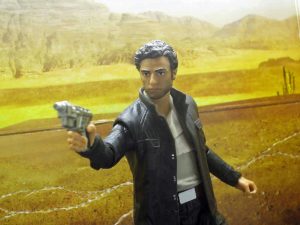 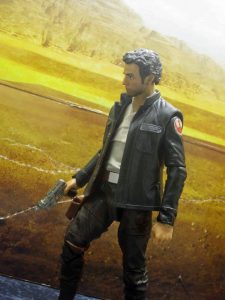 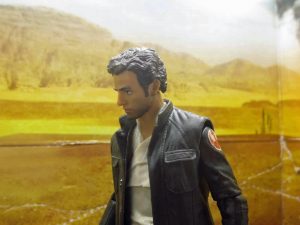 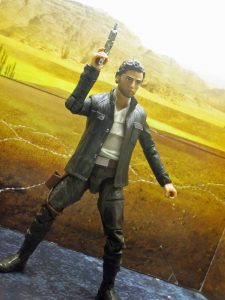 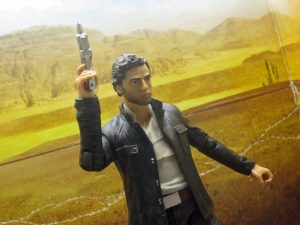 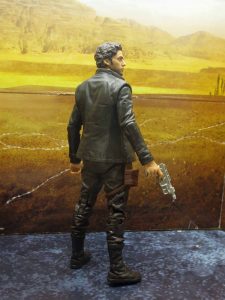 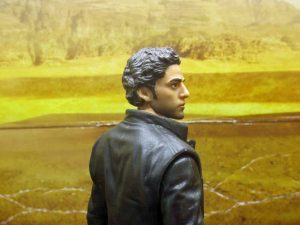 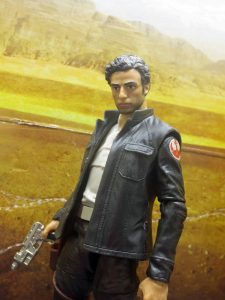 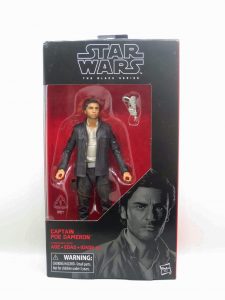 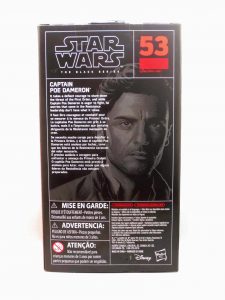