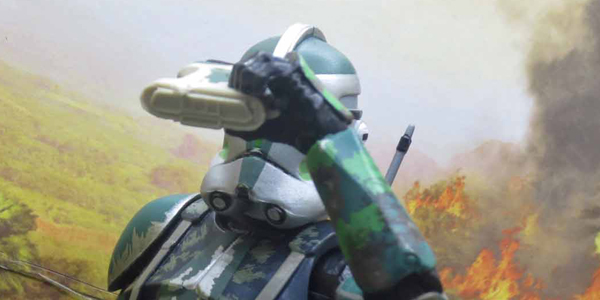 In general, I’ve made it a rule to steer clear of prequel characters in my Black Series collection, but once in a while, Hasbro’s team has pulled out all the stops to create a figure so outstanding, it becomes a must-buy item regardless of where in the Star Wars saga the character came from.  Such is the case with Commander Gree, the Clone leader stationed with Yoda on Kashyyyk during the execution of Order 66.

Unsurprisingly, Gree reuses much of the previously released Revenge of the Sith era Clone buck, but it’s his immaculate paint job that sets him apart.  The figure’s jungle camo deco is a marvel to behold, with subtle shades and variants in his camo pattern throughout his armor. It makes for one of the most visually dynamic Clones Hasbro has ever released, and he’s enhanced even further thanks to the eye catching silver highlights on his body and the metallic green visor on his helmet.

While Gree sadly lacks a removable helmet, he makes up for it with an impressive arsenal of accessories, including a hand held blaster, a rifle, and a pair of binoculars (all standard issue for the Grand Army of the Republic). And thanks to the well crafted, fully articulated body, he can wield one or more of these weapons with ease.

Gree is a Toys R us exclusive, who made his debut this summer at San Diego Comic Con, but is available now at most stores nationwide as well as ToysRUs.com. Even if you’re gunshy about the prequels (as I am) this figure, like Jango Fett and Darth Maul before him, is so well done, he’s absolutely worth your attention. 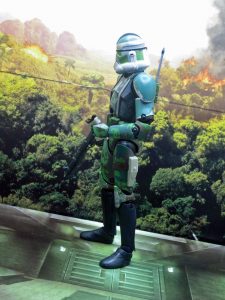 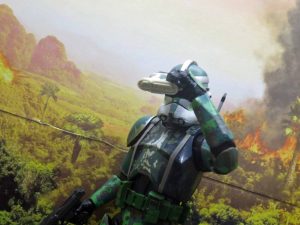 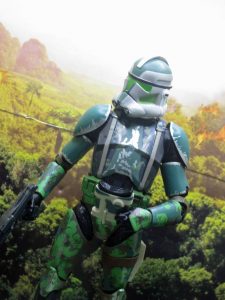 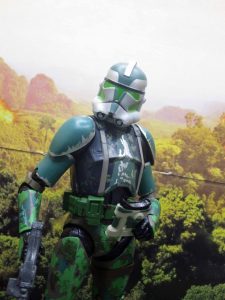 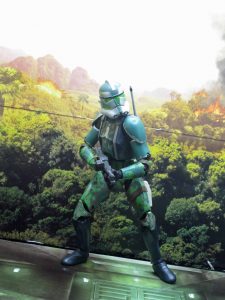 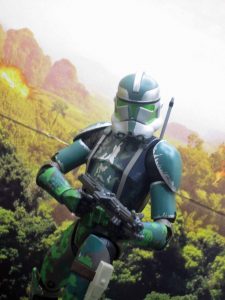 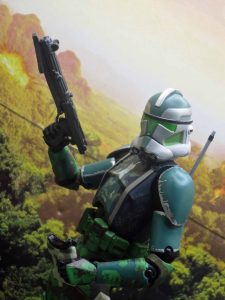 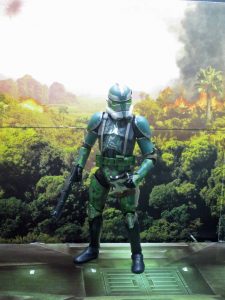 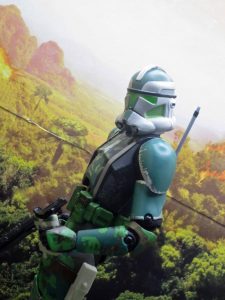 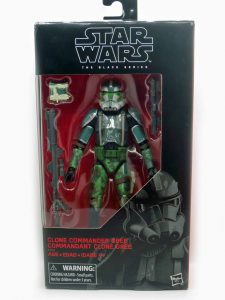 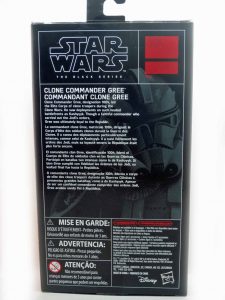