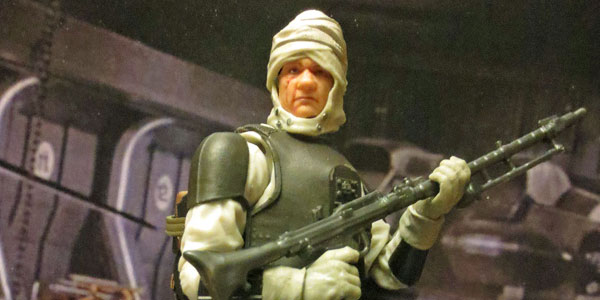 The lamest Bounty Hunter from the Original Trilogy enters The Black Series.

Okay, so here’s a conundrum– you’ve got a squad of badass Bounty Hunters, six characters deep, which you’ve debuted in 1980. One is a ronin knight in armor, two are weaponized Droids, another a dinosaur alien in a yellow jumpsuit, and the last a smallish bug-man in a trenchcoat… what’s your sixth guy? If you’re the Star Wars franchise, the answer is a normal human dude, wrapped in bandages and modified Stormtrooper armor spray painted brown. Sexy!

Yea, Dengar is by most accounts the least interesting of the Bounty Hunters in Empire Strikes Back (despite a now-Legends backstory that has him rescue Boba Fett from the Sarlacc and subsequently nurse him back to health). But, ignoring that Expanded Universe foray, Hasbro managed to make this character relevant simply by committing to make him as good as possible in 6″ action figure form.

Dengar is the first of the Bounty Hunters to employ Hasbro’s recent real scan face paint technology (and the first to truly need it, I should point out), as well as the double sided neck ball joint we’ve seen introduced to this toy line last Summer. But, combined with the basic Black Series articulation, paint, and level of detail, these new traits really come together in terms of Dengar.

Despite the figure’s bulky nature, Dengar’s articulation is quite functional, while never interrupting the sculpt of his battle armor, bandages, and moccasins (a killer fashion combo, to be sure). Even the Bounty Hunter’s strapped backpack and long rifle do little to impede this figure’s range of motion, while adding more elements to create a screen-accurate, dynamic presence in toy form.

With this figure’s release, Hasbro has hit every Bounty Hunter except the Disney Store exclusive Zuckuss, and odd as it may seem, every incremental Bounty Hunter release in The Black Series has felt like a solid step up, in terms of quality, sculpt, and design. I can’t wait for the full Hunter crew to join this collection! 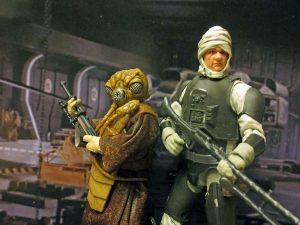 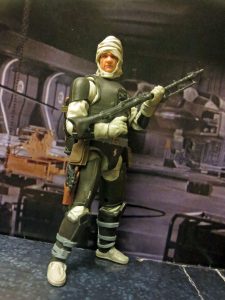 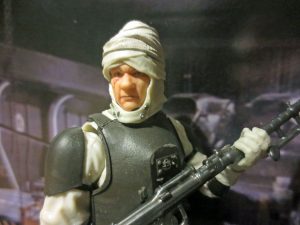 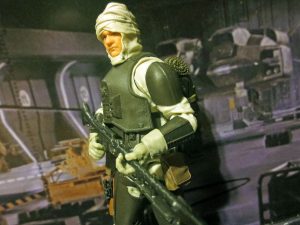 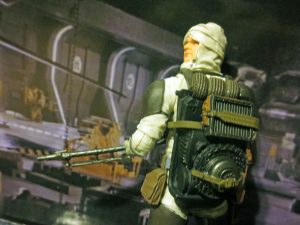 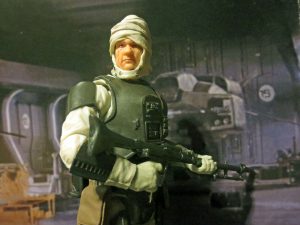 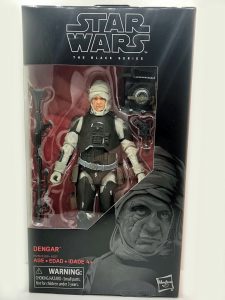 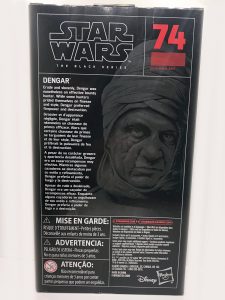