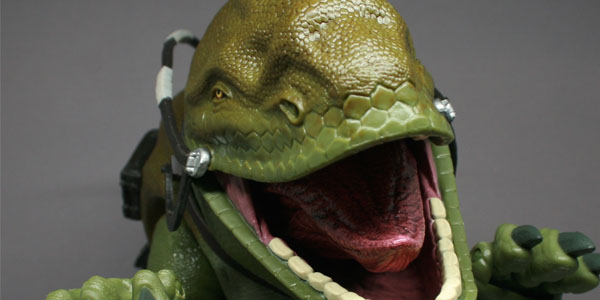 What do you look for, when it comes to toys you collect? Great sculpting? Functional articulation? Proper scale? If you said yes to only two of these parameters, the Star Wars Black Series Dewback set is almost definitely for you.

The newest vehicle/ figure box set in The Black Series includes the reptilian steed and a new version of the Original Trilogy’s Sandtrooper in a deluxe class box set which looks great on its own merits… but comes up short when rationlizing the scale of the rider and creature.

Let me say this up front, the scale issue– a too-small Dewback in proportion to the Stormtrooper figure– can be argued as negligible. Unlike the canonically off-scale Landspeeder, the Dewback has changed sizes somewhat between the first cut of Star wars and the Special Edition, which erased the wonderful practical effect of a gigantic lizard in lieu of an early era CGI composite, which narrowed the creature’s legs significantly and messed with the overall scale from frame to frame.

If you know anything about me, I hope it’s obvious I lean toward the original version of the OT, so I prefer my Dewback to be a beast your average Stormtrooper would have some difficulty mounting due to the size. The Black Series release is almost there… but I feel it’s about 10% too small. Part of that is the fact the repainted Stormtrooper still suffers from restricted hip articulation, which doesn’t allow him to bend his knees to the degree the riders in the film do. But even standing the Trooper upright next to the Dewback, he stands above the creature’s saddle, when his head should be just underneath it.

I’ve poured over screen shots from the movie, between the first version and the Special Edition, and I just can’t get over the fact that this toy is a little undersized. Which is a shame, because it’s a beautiful sculpt. packed with realistic and screen accurate detail, from the surface-level scales to the wrinkles and folds in its skin. And the articulation is great, with a versatile ball joint at the neck and tail, multiple points of articulation in all four limbs, and a hinged mouth not at all inhibited by the reins sculpted into its sides.

The Dewback has a very distinct silhouette, which this figure captures perfectly, yet you can still hit numerous poses thanks to the great articulation. Even if it is too small, the beast still retains a mass and heft that befits it as a steed for a 6″ action figure.

Speaking of 6″ figures, the included Sandtrooper adds a new rank to The Black Series, with the debut of the grey pauldron Trooper. This figure sports the same basic sculpt, along with the long rifle and backpack of the previously released Sandtrooper, but with an all new paint job featuring sand-blasted armor, a grey pauldron, and an all new riding crop accessory.

I’m never one to complain about adding new Stormtroopers to the army, but as I mentioned before, the restrictions in the hip articulation mean this figure can’t sit on the Dewback in a film-accurate manner. He fits perfectly fine, but his legs drape down way too far, an effect which makes the lizard seem even more off scale.

Ideally, if Hasbro increased the size of their Dewback by about 10%, this set would be amazing. But even if that were out of the question, retooling the Sandtrooper’s hips to let him scrunch up his legs at closer to a 45 degree angle would help him sit in the saddle in a fashion more in line with what we saw on screen, which would go a very long way in making this set film accurate. 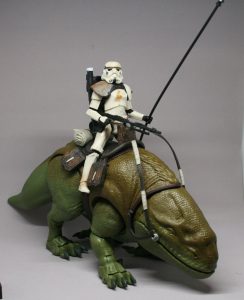 Look, I know I’ve been harping on size and scale a LOT in this review. Part of it is because this is the second one of these  vehicle/ rider sets The Black Series has produced, in which the vehicle is too small compared to the cinematic source material… part is also based on how close– but not quite on model– Hasbro got with this release, which is frustrating, because what they get right here, they REALLY get right. And solutions to what they missed seem really surmountable.

If you’re okay with fudging scale, The Black Series Dewback is a high recommend. It’s a great sculpt– easily the best we’ve seen from Hasbro based on this OT creature– and the articulation makes it a fun toy to play around with. Plus, the Sandtrooper adds a new rank to the collection, even if he doesn’t do anything to correct the shortcomings of the original figure design.

Maybe it’s because I’m biased toward alien creatures over alien vehicles, but I can get over the too-small stature of the Dewback, where I couldn’t with the landspeeder. But I do feel it’s a considerable ask, when this set is asking $60 MSRP at most retailers. That’s not chump change, even for a set that effectively ties off the main features from the first Star Wars movie. While I like the figures in this set a lot, I can’t let go of the fact that I’d be way happier paying a few bucks more to get a better Sandtrooper and/or a bigger Dewback.

Look for this set at all major retailers now, as part of the Solo: A Star Wars Story product rollout. 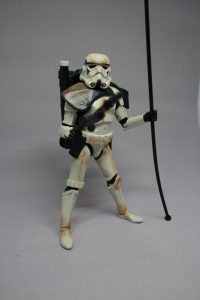 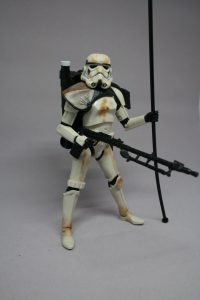 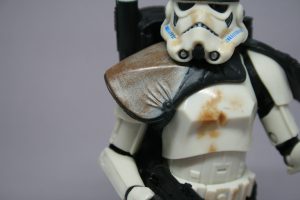 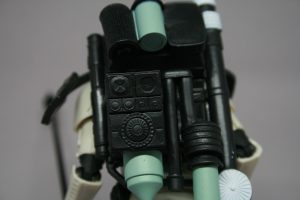 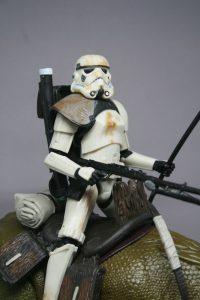 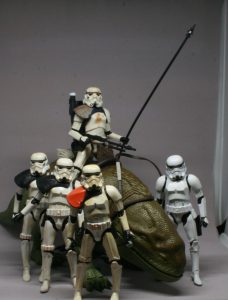 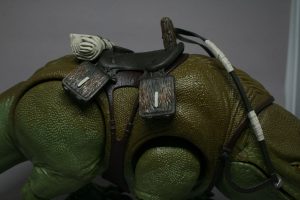 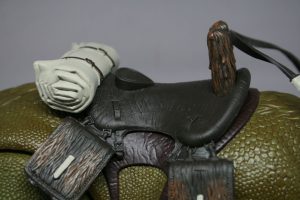 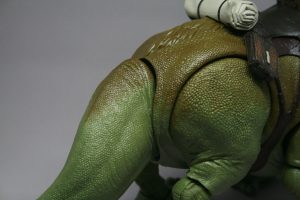 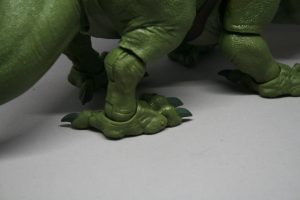 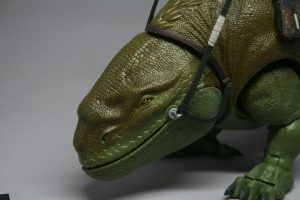 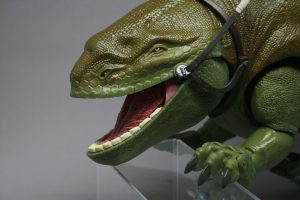 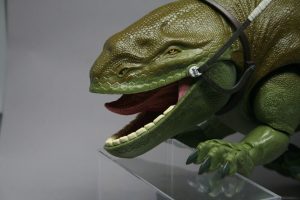 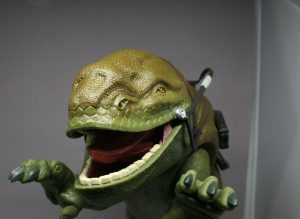 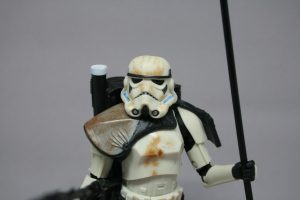 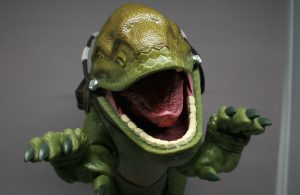 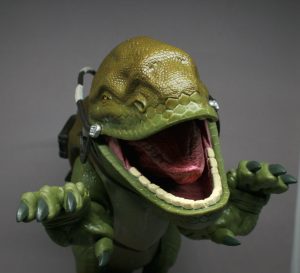