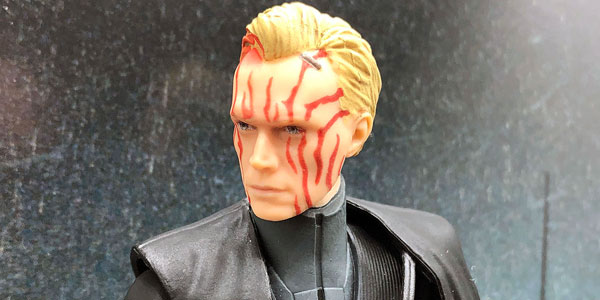 I love the bad guy from Solo, and I love Hasbro’s action figure of him!

Movies are constantly evolving, and sometimes those changes come so late in the game that they affect marketing and merchandising. I bring this up because that’s precisely why it’s taken almost a year since the film’s release that Hasbro has delivered gentleman antagonist Dreyden Vos to The Black Series.

See, for a long time Vos was going to be a CGI character, reportedly a lion-like creature. This idea was scrapped during reshoots, at which time Paul Bettany was cast to play a far more humanoid version of the gangster. Think of it as a reverse Jabba the Hutt situation.

This late change did mean Hasbro had to shelf whatever alien Dreyden Vos key art they had to work with, and by the time Bettany’s look was finalized, the timeframe of releasing his action figure to coincide with the movie’s big screen release was long gone.

Thankfully The Black Series serves as an anthology of sorts, drawing from may corners of the Star wars galaxy, so there was still a place for Dreyden in 2019, and I’m glad there was because this figure is amazing. The Bettany portrait is incredibly sharp, a dramatically better likeness than The Vision figure released in 2018. And he’s properly scaled, so Dreyden towers over many other Black Series figures.

What impresses me the most about this guy, though, is the detail of the sculpt, which adds depth and dimensions to Dreyden’s slick appearance I never truly appreciated on screen. Like his jacket/ cape… this stylish single-piece was never explicitly defined in the movie, while the toy version features the cool single-armed design in perfect detail.

The layers and subtle patterning sculpted on Vos’ outfit make him a far more visually dynamic sculpt than “guy all dressed in black” would suggest. And his cool scars/ face tattoos/ whatever they are come to life with a neat temperature-activated action feature, where the marking get darker and richer in color based on what temperature the figure is exposed to. I love non-intrusive action features in my toys, and this one is simple yet effective.

Vos was one of the highlights of Solo: A Star Wars Story in my opinion, and I’m glad Hasbro really did him justice in toy form, especially considering the narrow window they had to work with. Look for Dreyden Vos along with Han in his Mudtrooper gear in the latest wave of Black Series figures, available now at Target. 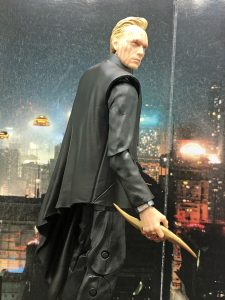 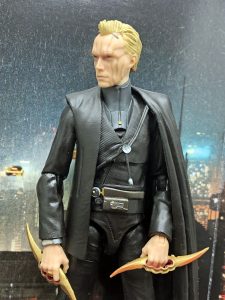 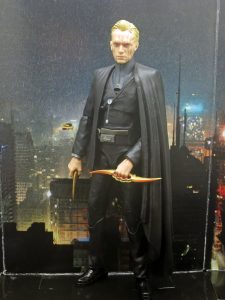 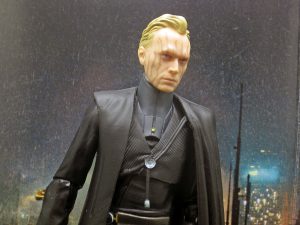 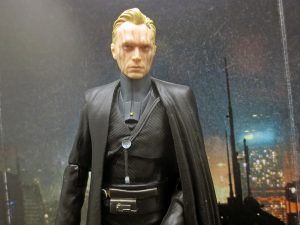 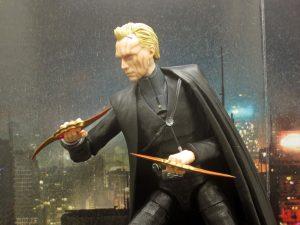 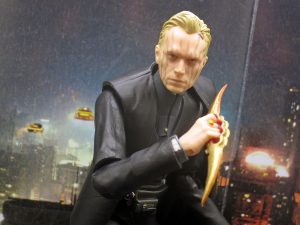 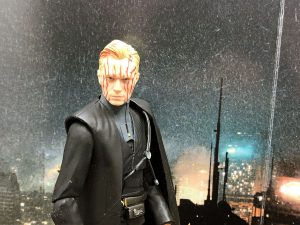 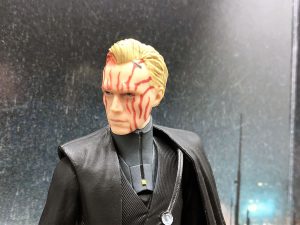 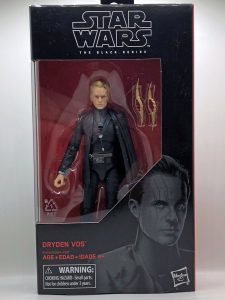 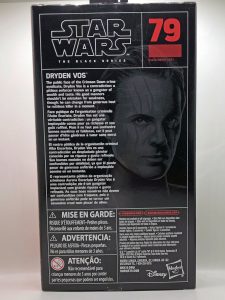