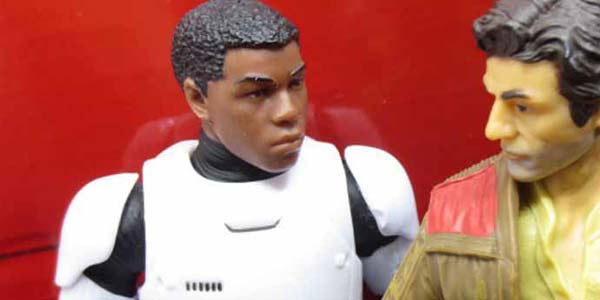 Hasbro’s The Force Awakens toy line is still moving forward, and it’s getting expansive enough now that we’re seeing more variants of the core cast, even in the 6″ Black Series.  Finn is the latest alternate look figure (his bromantic partner Poe Dameron already beat him to the draw), and so we have FN-2187 decked out in his Stormtrooper armor.  I think we all saw this figure coming, but Hasbro pulled out all the stops to make this simple kitbash something special.

Much of this figure is made up of parts from the standard Stormtrooper, which should come as no surprise.  But Finn gets a new lower torso, which is shorter and reduces his height.  It’s a subtle change– one we saw on the Luke in Stormtrooper disguise– but it’s very effective in making Finn stand out.  This figure is sort of scene specific, thanks to the blood streaks running down Finn’s helmet, the result of his close encounter with one of his fallen comrades during the massacre on Jakku.

I like the design choice with the helmet, although it does feel like Hasbro is hedging their bets to some degree.  If they wanted to get truly scene-specific with this figure, they would need to dirty up Finn’s bright white armor, with some battle-worn weathering paint apps.  If not, they could have left the blood off his helmet entirely.  In a perfect world, Finn would have included two helmets– one bloody, one clean– but overall the blood effect is well done and adds a startling and unique look to the otherwise monochromatic figure.

What really surprised me the most was that Finn gets an entirely new headsculpt.  The likeness of John Boyega still isn’t exactly on point, but this portrait is light years ahead of the Series One figure.  I like Finn’s more focused, serious expression here, too, which adds to the overall attitude of this figure.

FN-2187 fits in well with the other soldiers of the First Order, but the subtle details Hasbro has added to this figure serve as a great reminder that great– and unexpected– things are in the future of this particular trooper. 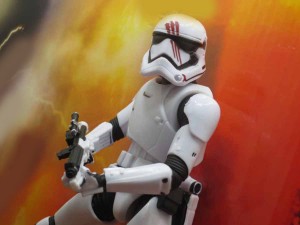 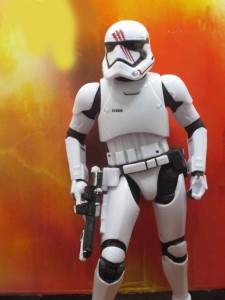 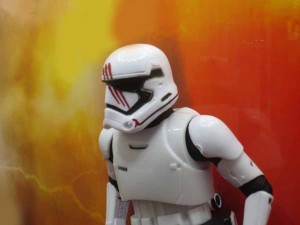 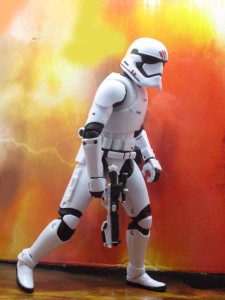 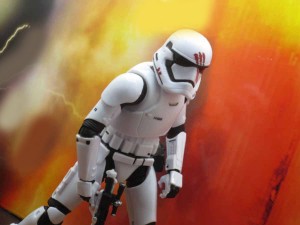 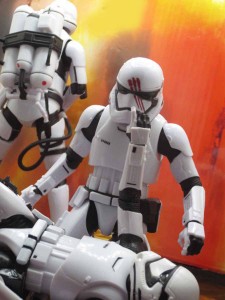 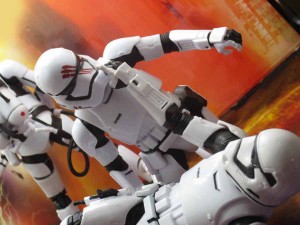 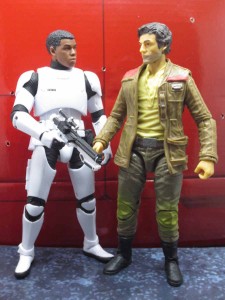 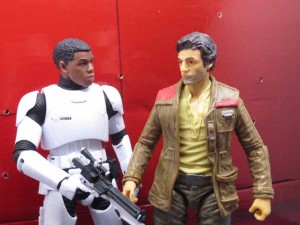 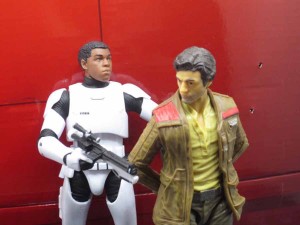 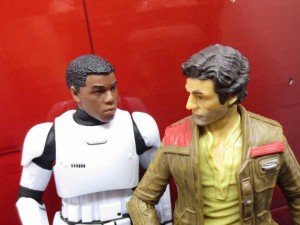 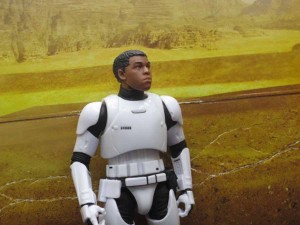 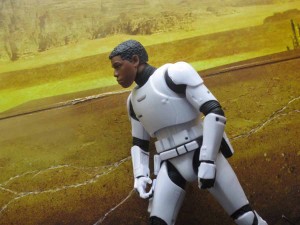 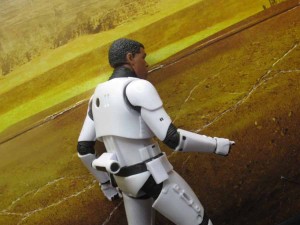 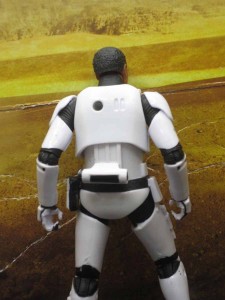 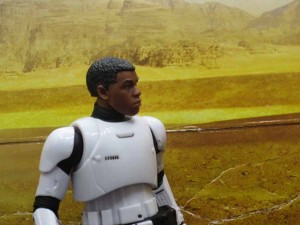 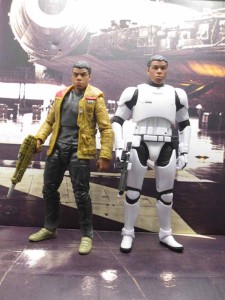 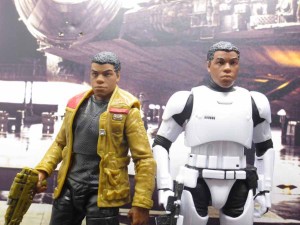 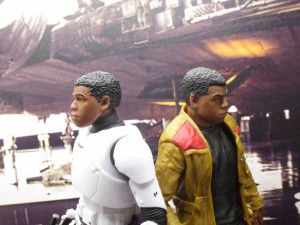