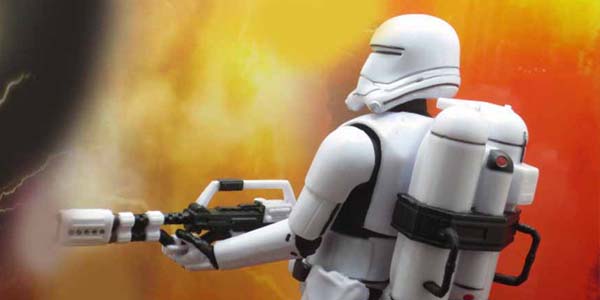 There were a number of perfectly toyetic variants of the First Order Stormtrooper on display in The Force Awakens, but one of the few all new troopers was the Flametrooper.  These incendiary specialists were featured prominently in the siege of the Resistance allied village on Jakku, and now the Flametrooper has joined the ranks of Hasbro’s 6″ Black Series.

The Flametrooper stands in line with the other First Order troop builders in this line, with the same articulation pattern and gloss white armor-to-matte black jumpsuit color pallet.  This figure features a fully unique sculpt, though, from the slit visor helmet with special breather apparatus on the front, to the more angular armor of the torso and knees.  And of course, the Flametrooper is equipped with a special backpack and flamethrower weapon, which fits well in one or both hands.

I love the Flametrooper design, which is both practical and aesthetically dynamic, and by and large Hasbro’s sculpt is solid.  The flame-oriented weaponry and the unique helmet are great, and I like the stockiness of the figure’s silhouette, which further differentiates him from the other Stormtroopers.  My one problem with this guy is the arms, which are too short for the body proportions.  This can be masked well enough when the figure’s elbows are bent holding the flamethrower, but if you pose the figure neutrally, the arms simply don’t measure up.  It’s s shame, because the proportional length of the limbs would only make weapon posing all the easier, while also making the figure look more natural when not posed ready to incinerate the First Order’s latest opposition.

I’m torn on this figure, mostly because the Stormtrooper and Snowtrooper were both such fantastic additions to this line.  I wish the Flametrooper was of the same caliber as those outstanding figures– and much of him certainly is!– but those short arms simply cannot be ignored.  If you want to pick this figure up, I certainly cannot argue with your decision… I can’t say I regret adding him to my collection.  But following up on two nearly perfect trooper builders make him pale in comparison, which is definitely disappointing.

If you’re itching to build your The Force Awakens Black Series, add Han Solo and FN-2187 to your collection first… if you’re hungry for more, that’s when the Flametrooper should become your next consideration. 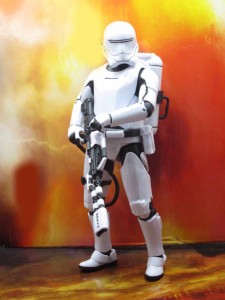 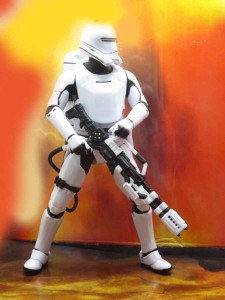 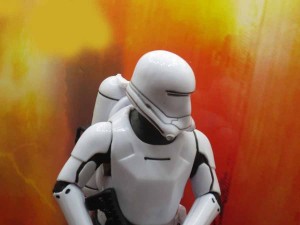 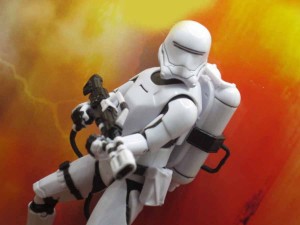 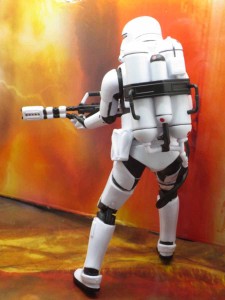 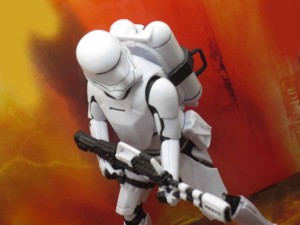 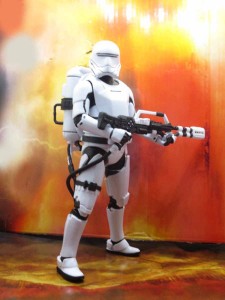 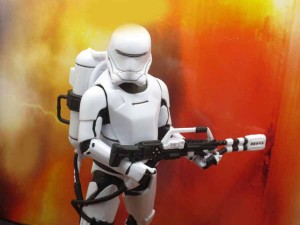 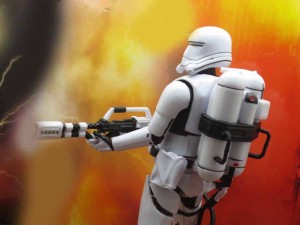 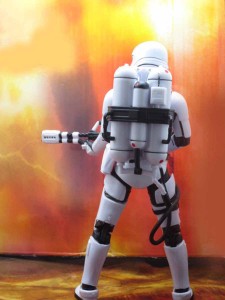 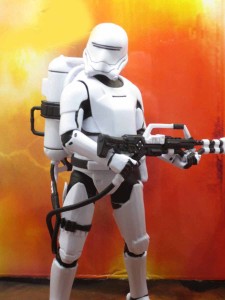 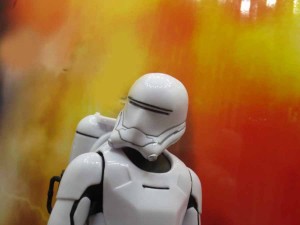