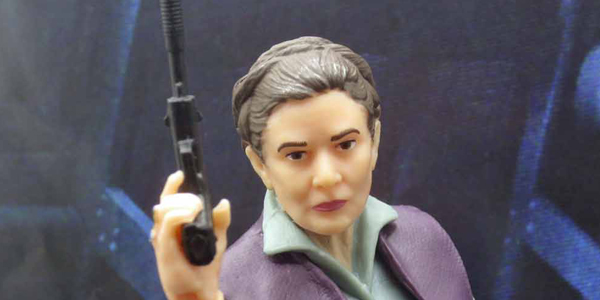 The hero of the Rebellion and the Resistance returns to The Black Series as a fantastic new action figure.

More than any other character, I feel Leia’s presence in the Star Wars mythos has appreciated over time, and The Force Awakens saw her (and Carrie Fisher) return to the galaxy far, far away for the New Trilogy.  While we have no idea where Leia’s new path will take her, Hasbro has added her modern appearance to The Black Series on the cusp of the release of The Last Jedi.

The new General Leia is a fantastic new sculpt which captures Carrie Fisher’s portrait perfectly, alongside her Resistance uniform, complete with grey jumpsuit and purple vest.  It’s a good look for the pragmatic hero we all know and love, and she rounds out both the core cast of heroes as seen in Episode VII, as well as the new, older versions of the trio of heroes from the Original Trilogy.

What appeals to me most about this Leia, though, are the small details included in her sculpt. I love the rings on her right hand (something I never noticed despite numerous rewatches of The Force Awakens). The rubber vest which is a separate piece, offering both layered depth and a full range of motion to the figure. That excellent portrait, which truly captures Fisher in what were– tragically– her final years. And even the blaster, whose aesthetic harkens back to Leia’s first gun seen in A New Hope.

Leia is short, as she should be, fitting in scale perfectly with other Black Series figures. But despite her small stature, this sculpt is filled with the poise, confidence, and regal nature befitting this great character, and she makes a truly excellent addition to Hasbro’s 6″ Star Wars toy line.

Look for General Leia Organa in the second wave of Last Jedi Black Series, which are starting to turn up now at Amazon and other retailers. 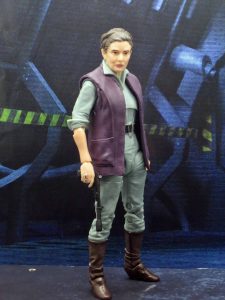 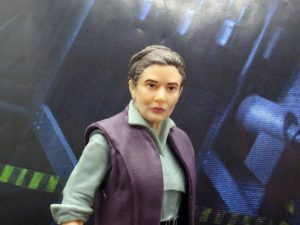 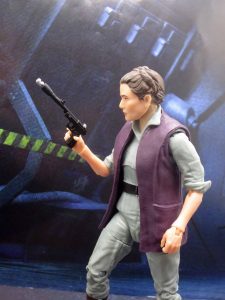 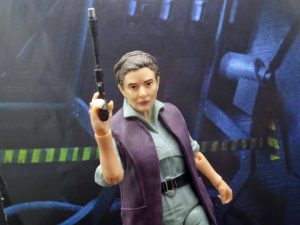 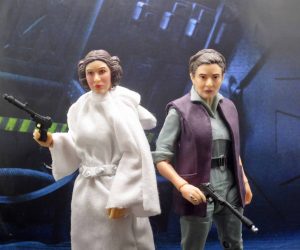 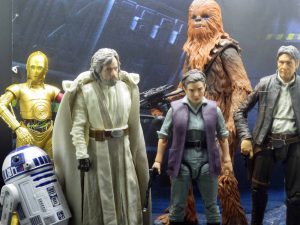 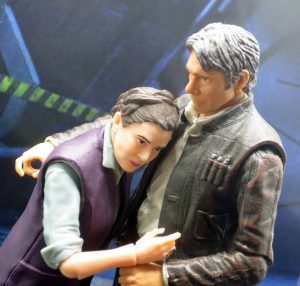 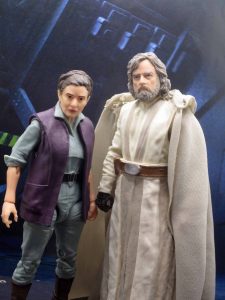 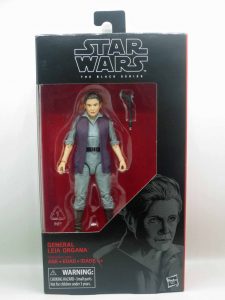 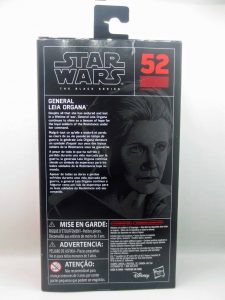