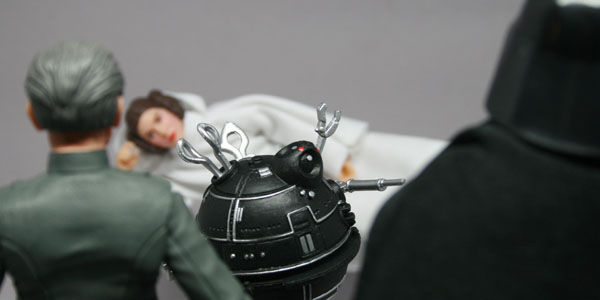 Grand Moff Tarkin is probably my favorite villain in all of Star Wars, but his status as a stuffy old British dude has historically limited his time as an action figure. But thankfully, Hasbro has finally added him to The Black Series, and WOW was he worth the wait.

Tarkin looks fantastic in his Imperial uniform, captured in the perfect not-quite-green/ not-quite-grey tone, and while he’s fully articulated with useful joints, everything about this guy is exactly as streamlined and buttoned-up as it should be. Some people have criticized the portrait of the late Peter Cushing, but I think it’s spot-on, from the distinct hairline, to the cheek bones, to the slightly crooked nose. And the slight scowl in Tarkin’s expression is perfect for the character, adding just the right amount of personality to the figure.

While he’s not entirely original (borrowing some tooling from Rogue One’s Orson Krennic) Tarkin feels entirely new, and he’s enhanced by the inclusion of an Imperial Torture Droid in lieu of any weapons or smaller accessories. It’s a smart choice, and the Droid is both on model and perfectly in scale for the 6″ line, a rarity among the often-undersized Torture Droids we’ve seen in the 3.75″ toy line in the past.  The flight stand works well, stabilizing the Droid while also offering a ball peg at the top to tilt it forward, back, and side to side.

There have been a few Tarkin action figures throughout Hasbro’s tenure with Star Wars. The Black Series release is hands-down the best of them, and I’m so happy to finally have this guy in 6″ scale, both as a great main villain, and one of the last core characters we need to round out the New Hope collection within The Black Series (though I’d never say no to 6″ Cantina aliens, if we’re being honest).

The other exciting thing about Tarkin is that his tooling can be reused for other Imperial officers, by both customizers and (theoretically) Hasbro. I’d love to see more Imperial higher ups in this scale, and Tarkin’s existence opens the door to that possibility.  Look for the Grand Moff in the first wave of Solo-themed Black Series, available now. 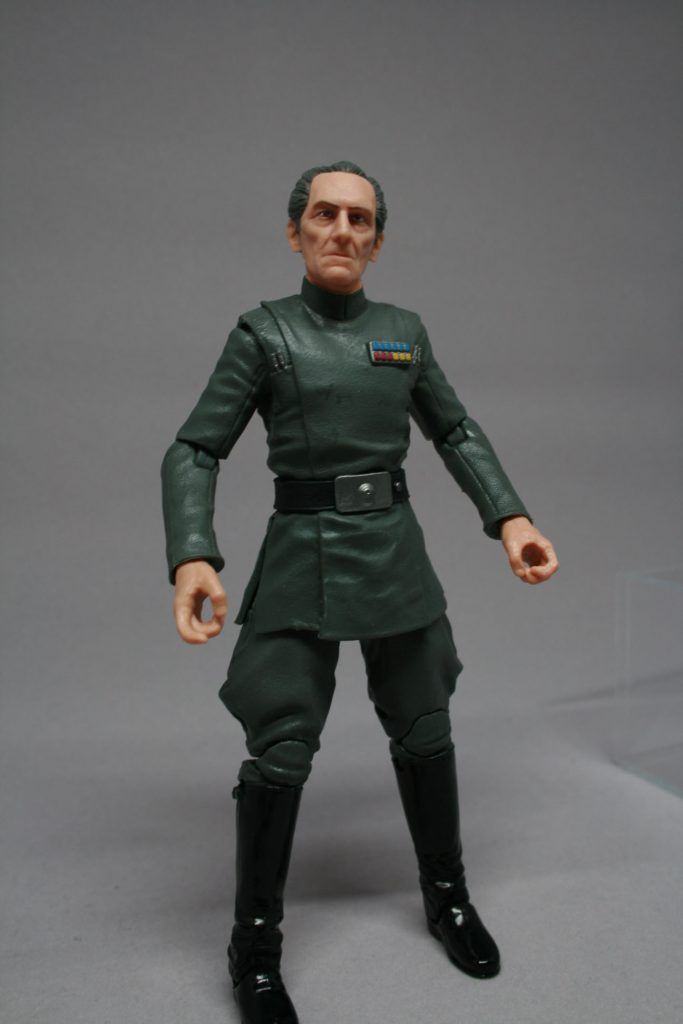 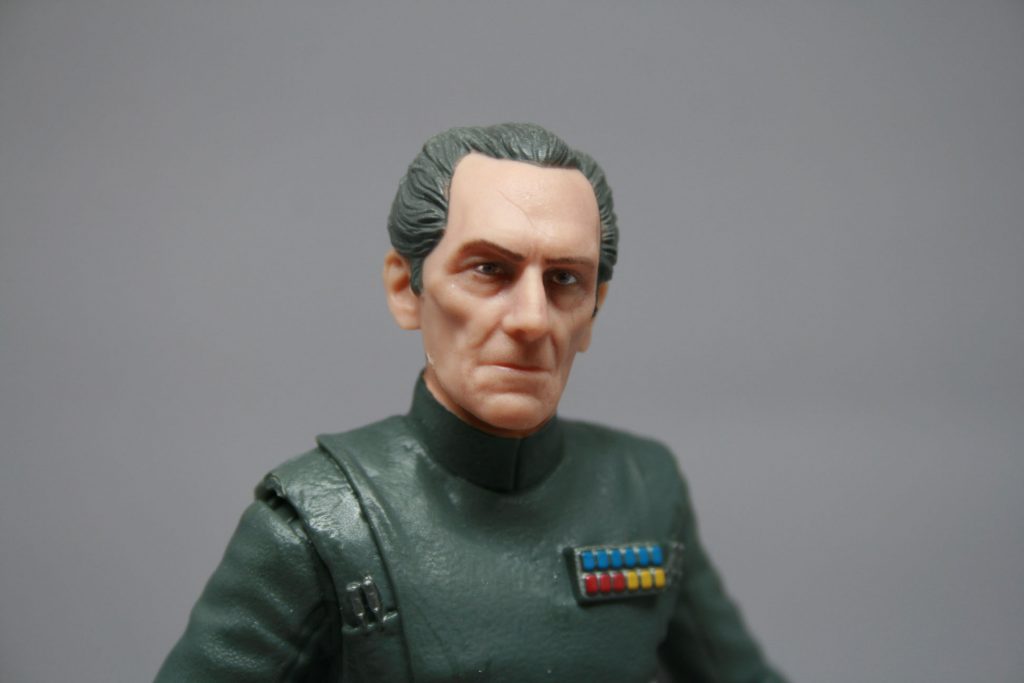 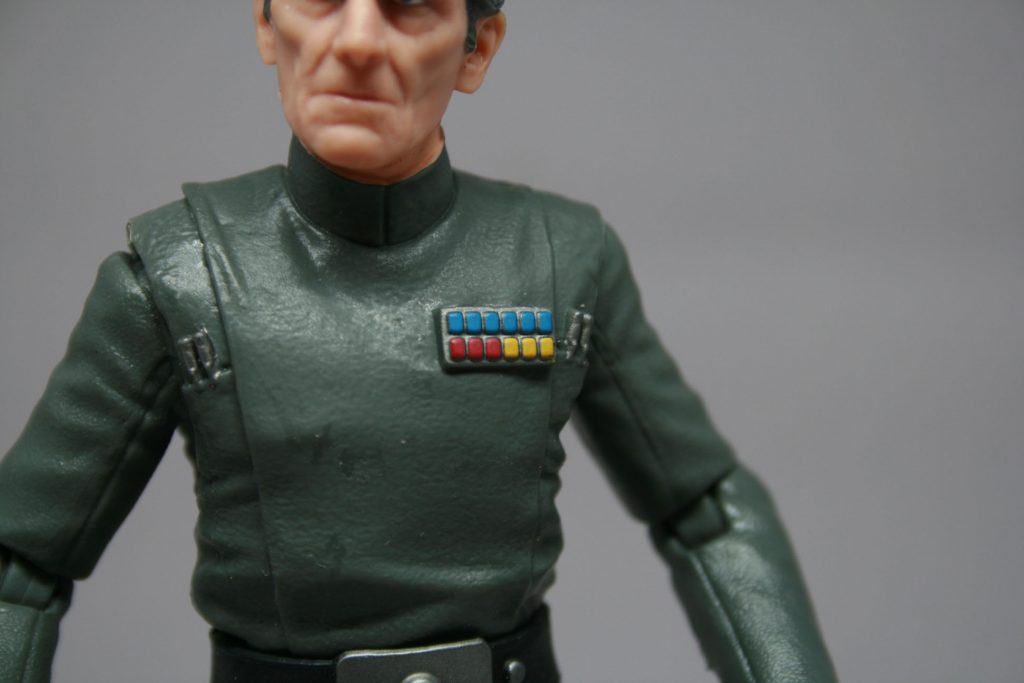 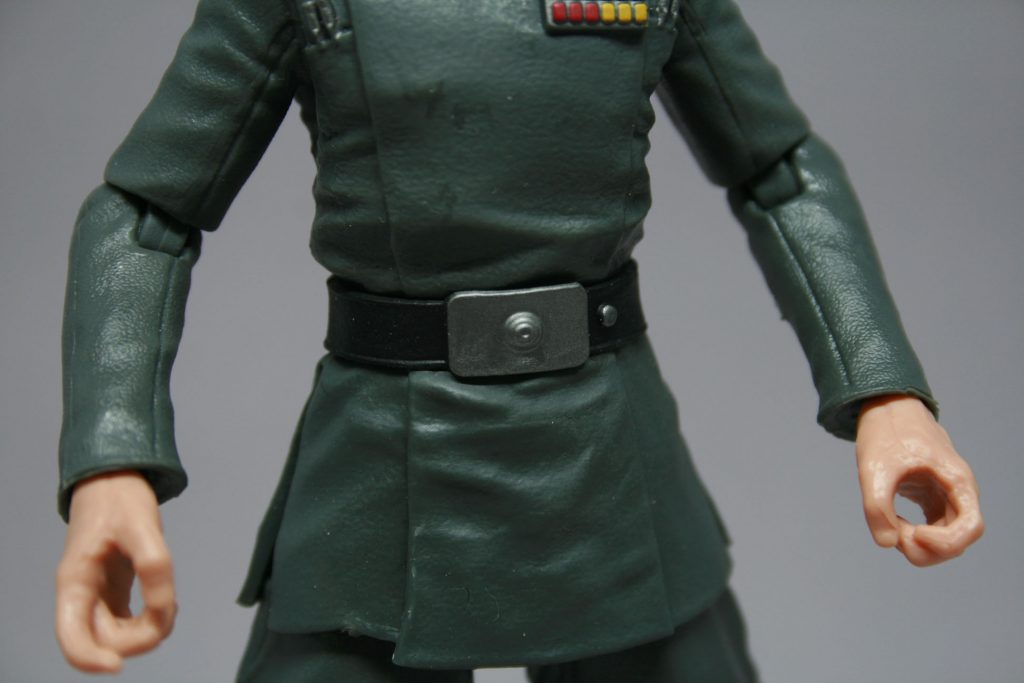 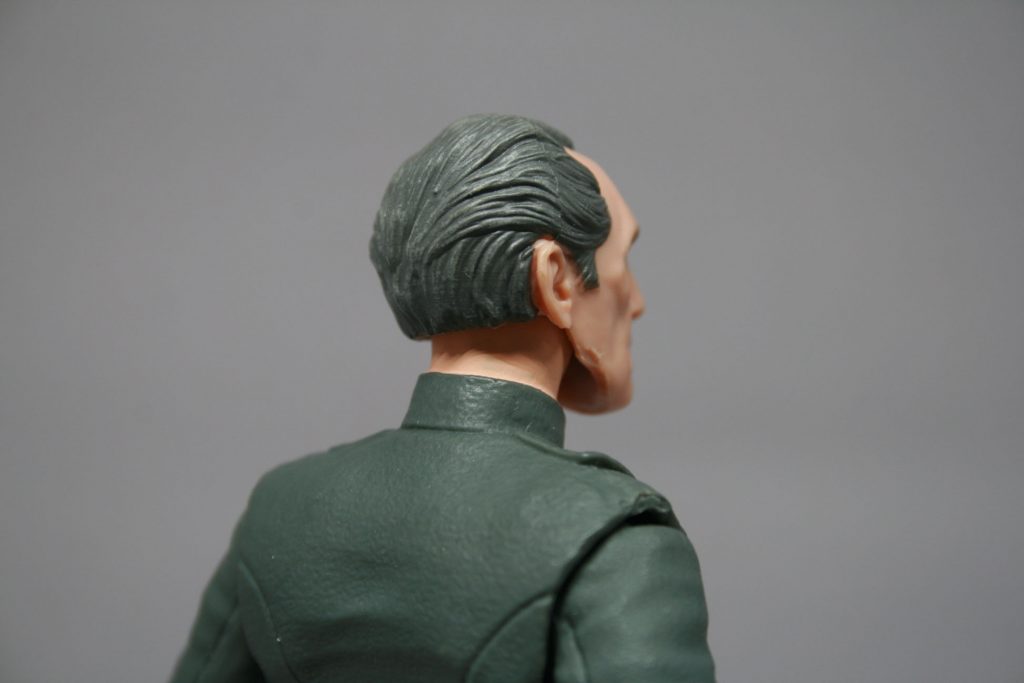 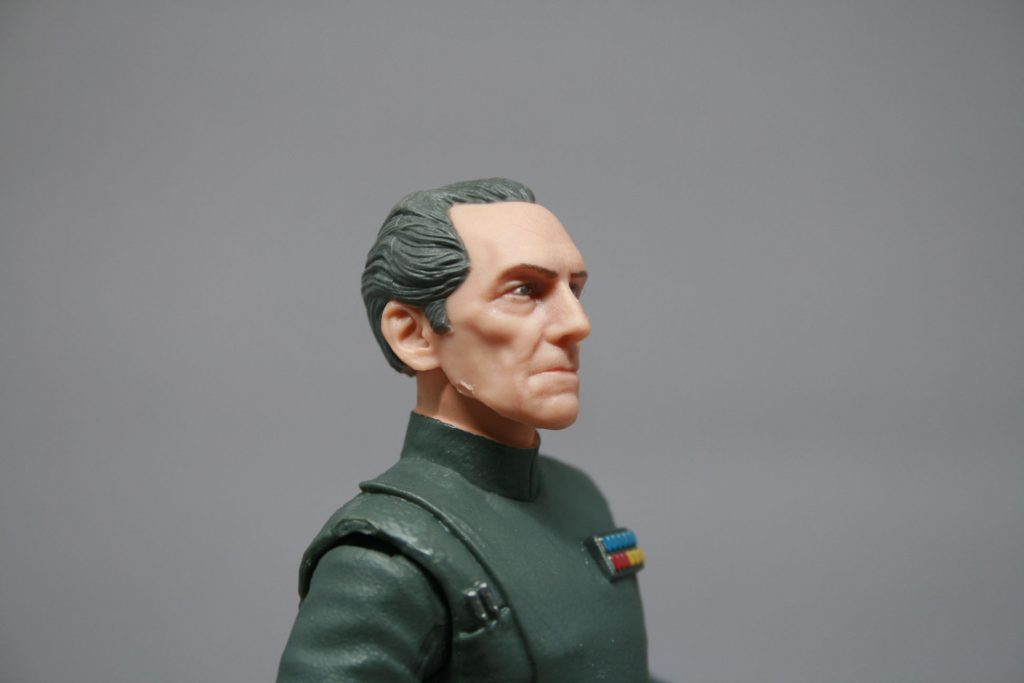 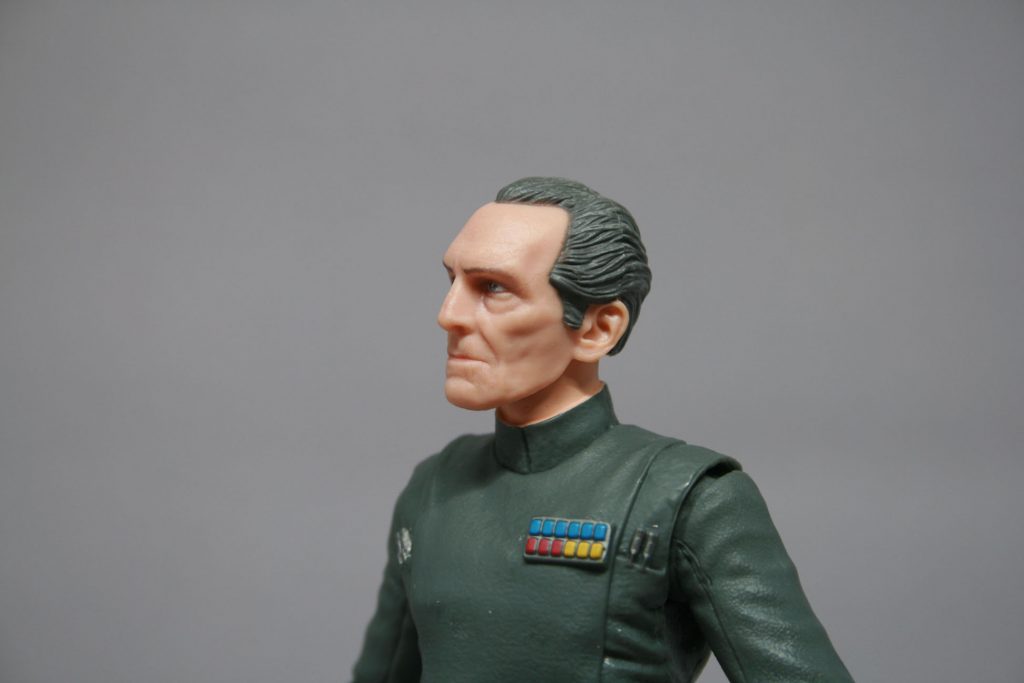 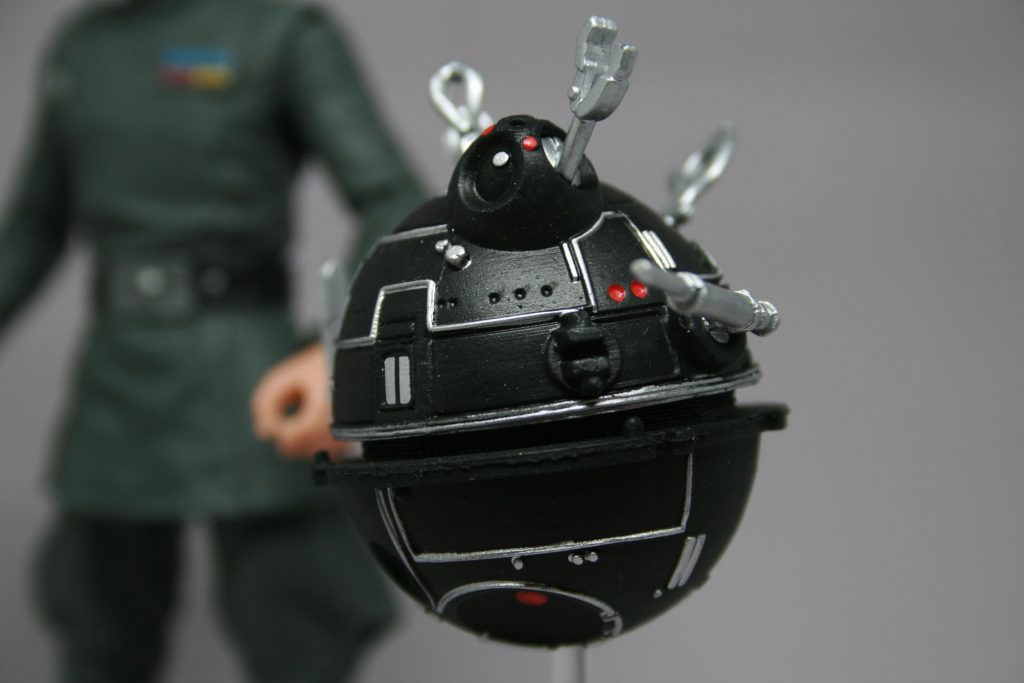 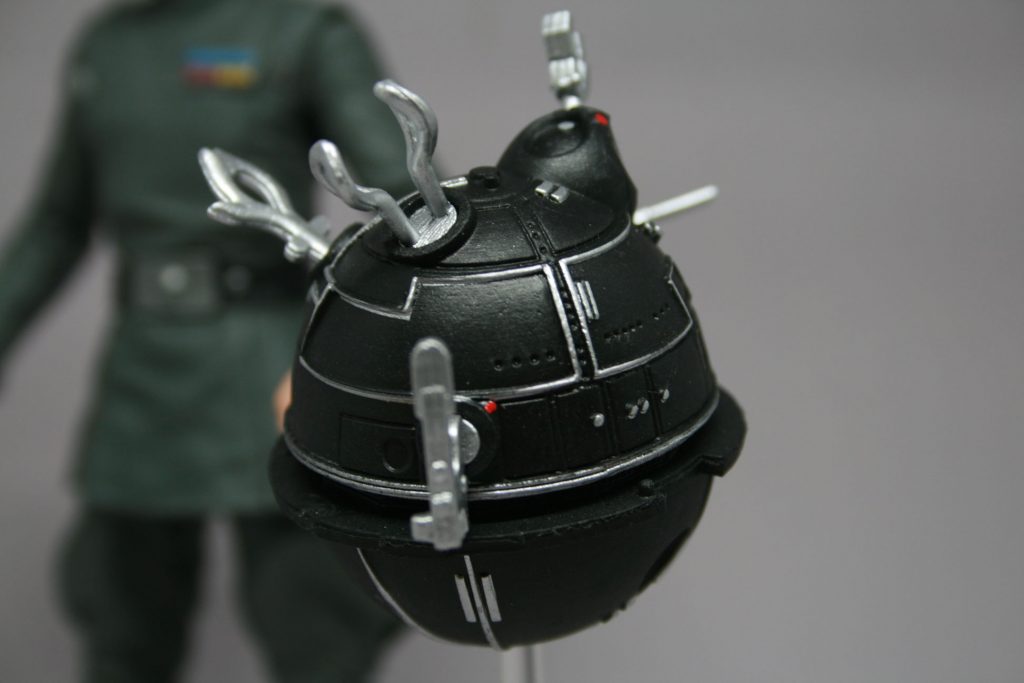 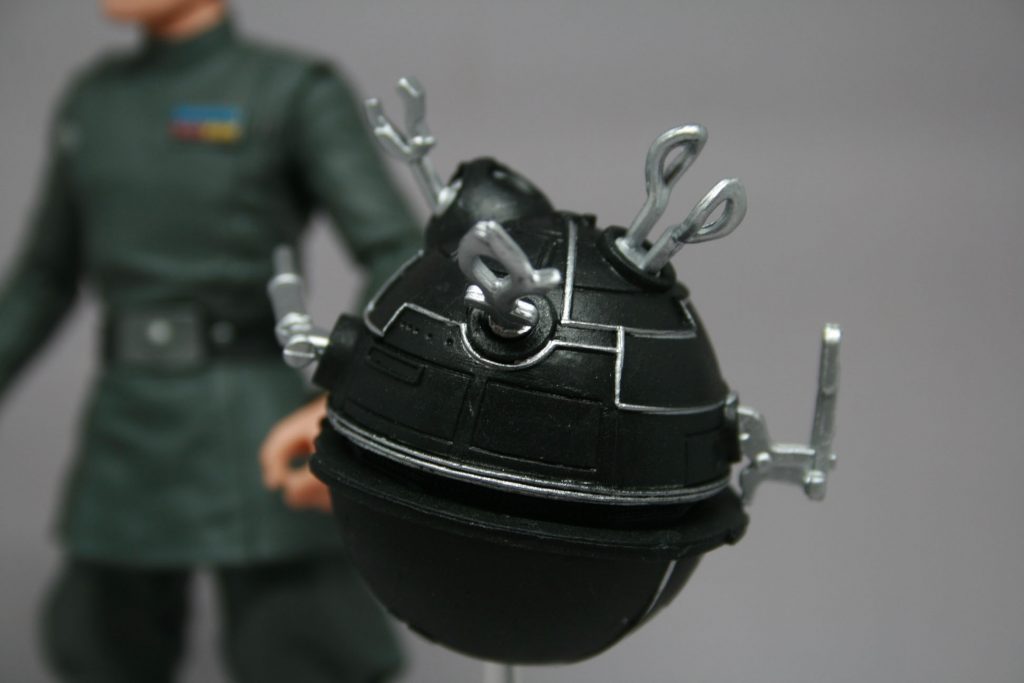 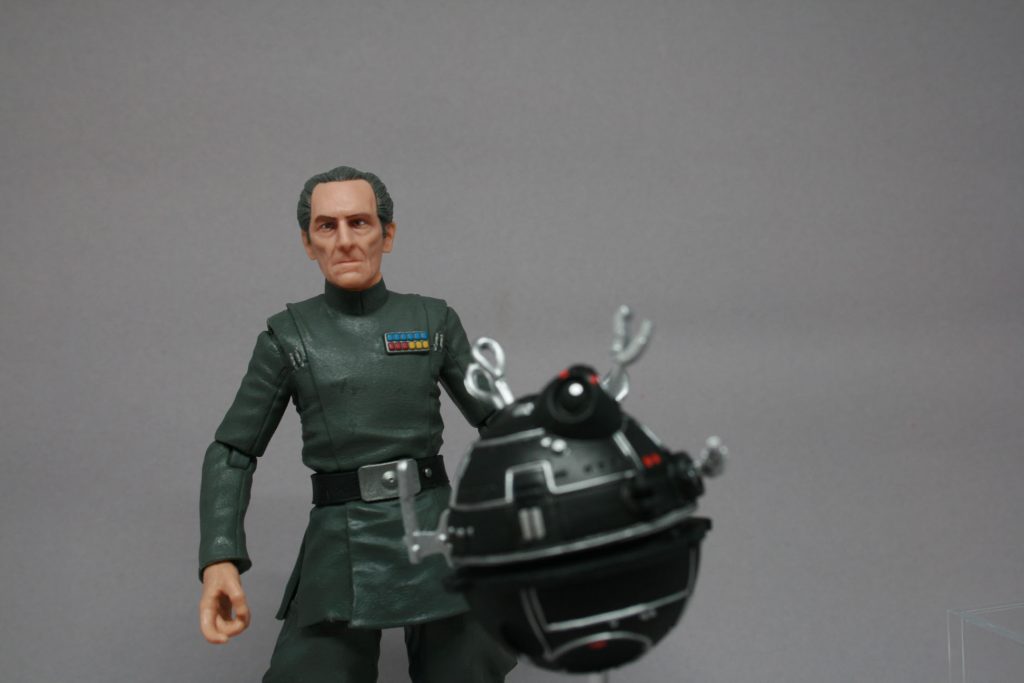 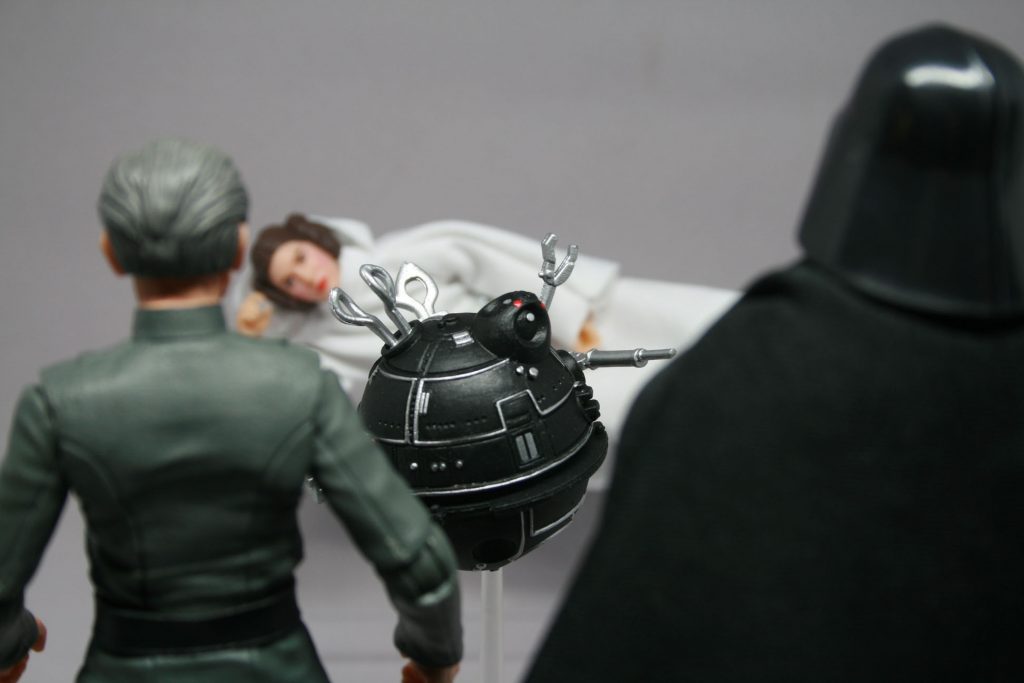 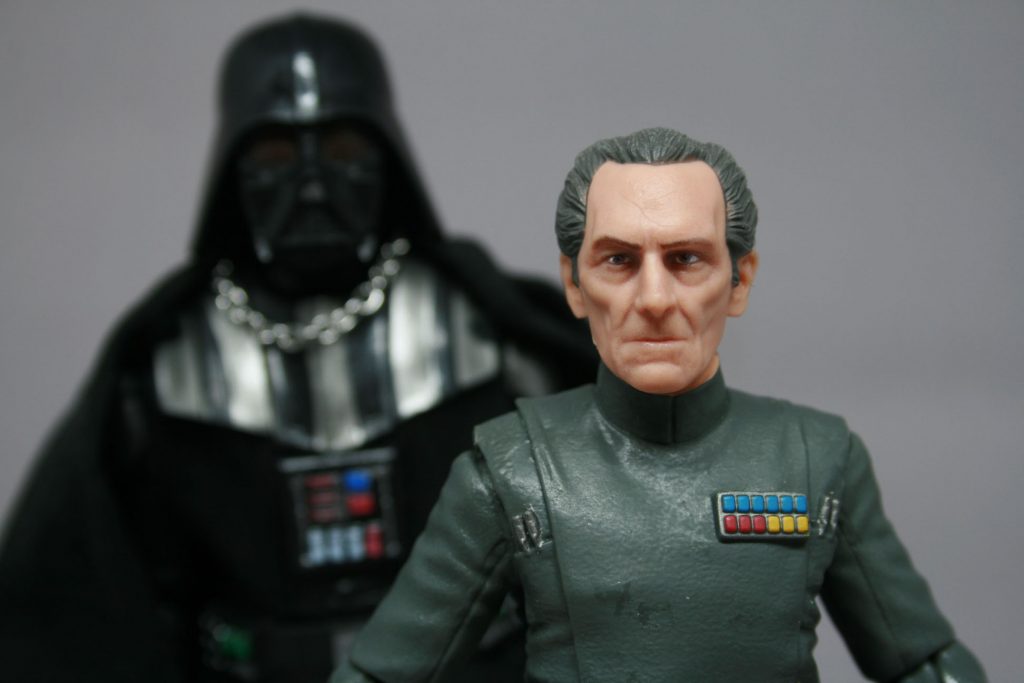 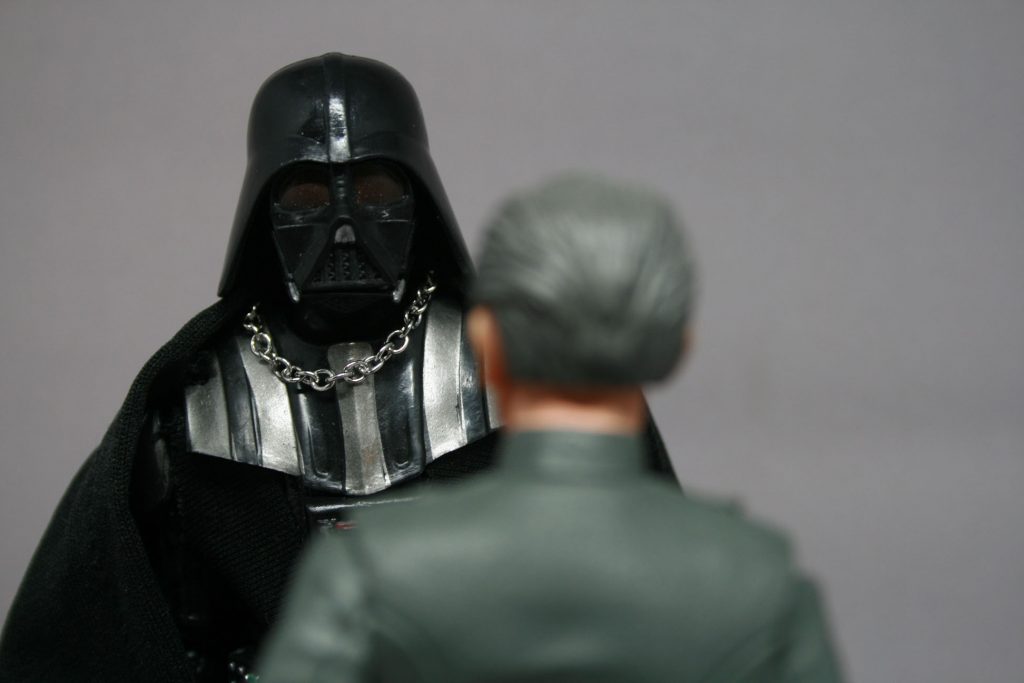 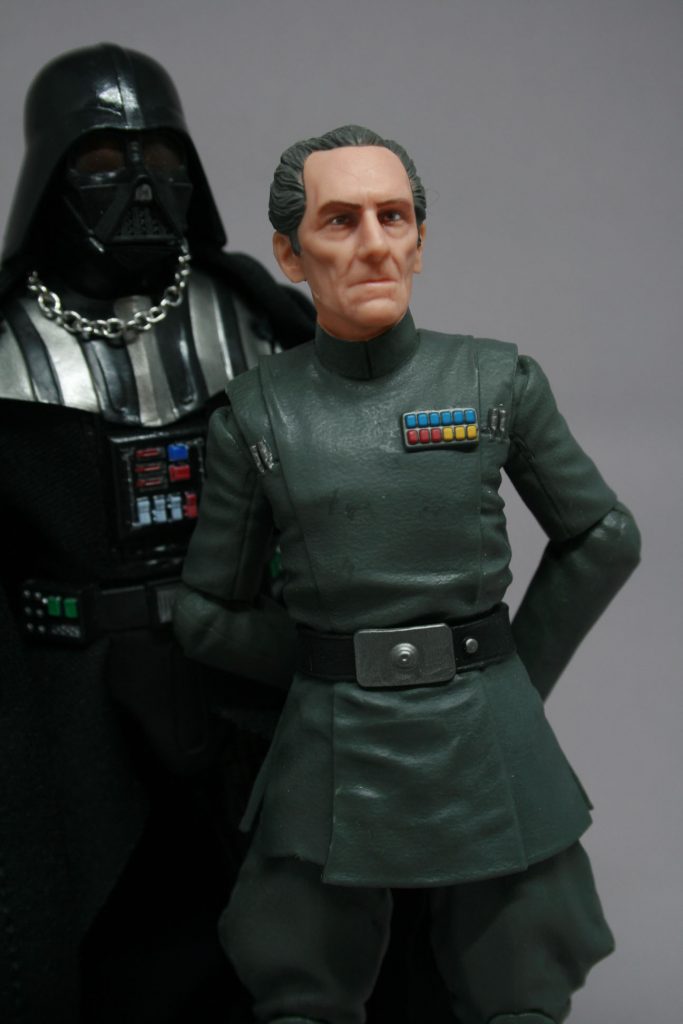 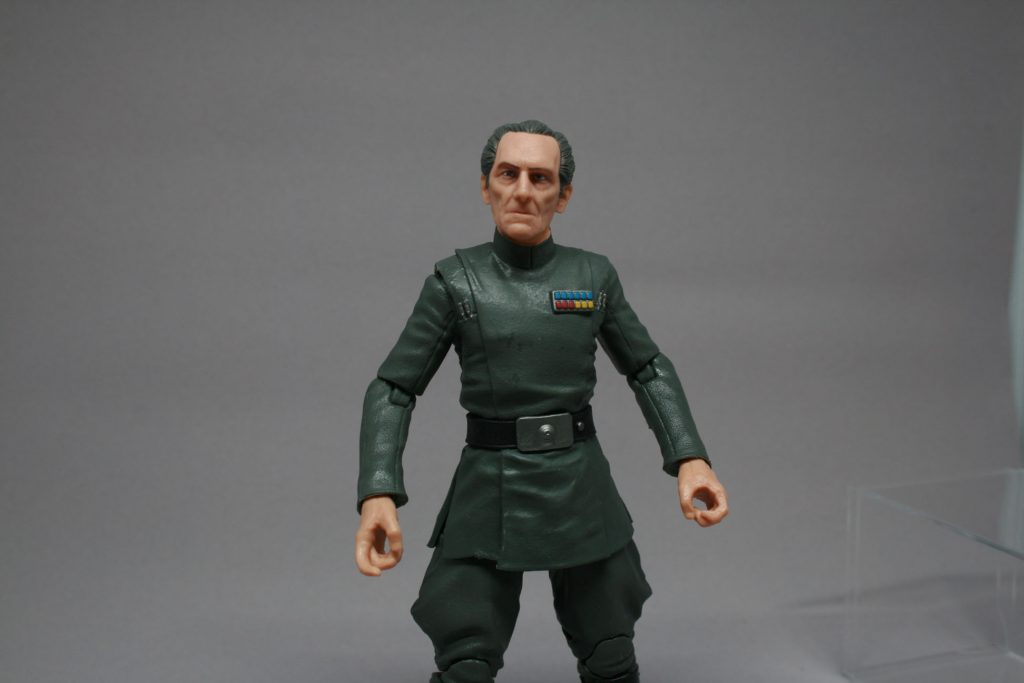