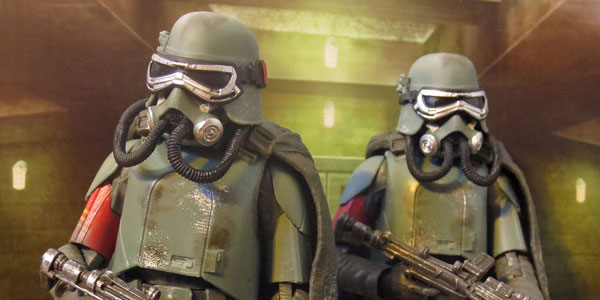 The low point of Han Solo’s career as an Imperial is also one of the best figures in Hasbro’s Black Series.

I don’t think many would argue that one of the coolest designs in Solo: A Star Wars Story was the Mudtrooper, a grunt-level Imperial soldier that draws a lot of inspiration from World War II gas troopers, while still feeling perfectly in line with the Star Wars aesthetic. And many of us were disappointed this great design was overlooked in The Black Series’ initial offering of Solo-themed figures.

Thankfully, Hasbro has delivered finally, with the release of Han Solo in his Mudtrooper gear. This is an ingenius release, as it’s touted as a Han variant from a key sequence early in the film… but with a few quick alterations can be turned into an army builder.

Before we get to that, I’d like to gush about this gorgeous sculpt. The level of detail on display here is incredible, and it’s enhanced by a nuanced paint application that conveys a remarkably realistic depiction of mud stains. The figure’s articulation is fantastic, with many of the moving parts hidden beneath the segments of the armor (all-new sculpts, despite their resemblance to the armor worn by 2018’s General Veers).

The Mudtroopers sport a single-shoulder cape, which here is sculpted in pliable rubber rather than rendered in fabric, and the result looks so much better, this figure becomes a standard bearer for why Hasbro needs to lean more into sculpted rubber and focus less on soft goods in this collection.

As for the dual value of this figure, it’s quite straightforward. Han includes a helmet, goggles, and breathing mask, all of which are removable. The Alden Ehrenreich portrait is solid underneath, with Real Scan paint details and hair that’s matted naturally as if it had been underneath a helmet… but I’m very happy that all the outer gear can layer on top of his head, leaving this figure a 100% accurate generic trooper instead of Han in uniform. That doubles the figure’s relevance, and it’s a very smart choice by the team at Hasbro.

I wish Mudtrooper Han had been double packed in this case assortment. Due to his nature as an army builder, adding an extra of him in lieu of a second Padme Amidala seems like a savvier choice. Maybe there’s a faction of Natalie Portman fans I’m not considering, but seeing her heavily packed in this assortment gives me pause, because A) it’s unfair that a figure as good as Padme should wind up a peg warmer, and B) if the demand for the Mudtrooper is as high as I think it might be, he will hands-down become the most sought-after figure in this lineup.

Regardless of collectibility or any of that, I can attest that Mudtrooper Han is a great addition to The Black Series. This is an immaculately sculpted figure, filling in a much-needed gap for the Solo collection, for Han’s personal story arc, and also for any Imperial army builders out there. Look for him in the latest wave of Black Series figures, available now at Target and everywhere this spring. 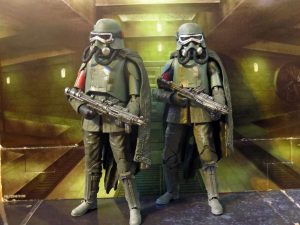 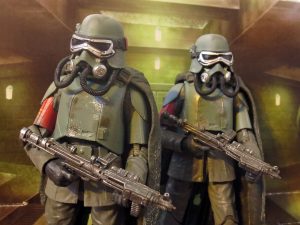 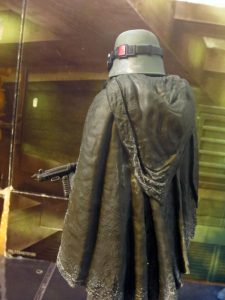 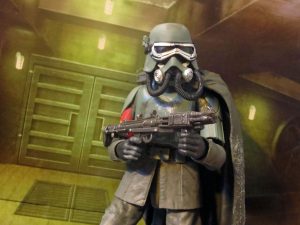 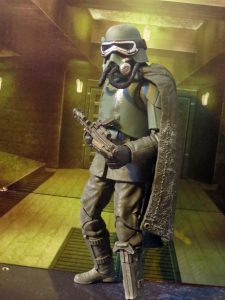 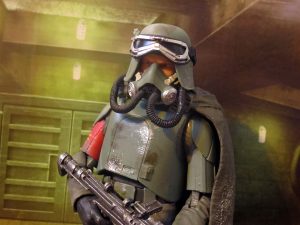 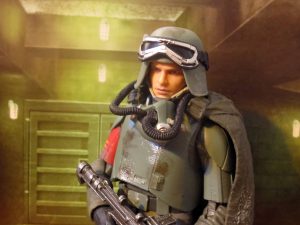 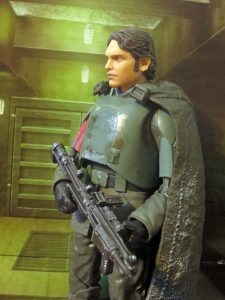 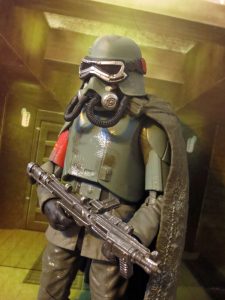 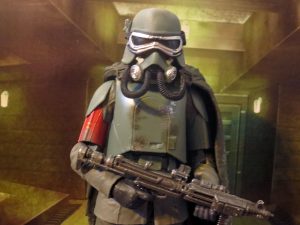 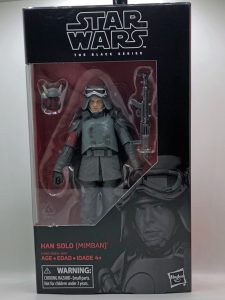 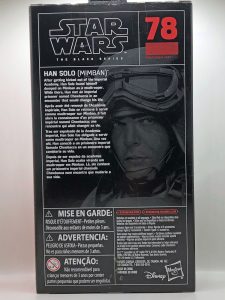