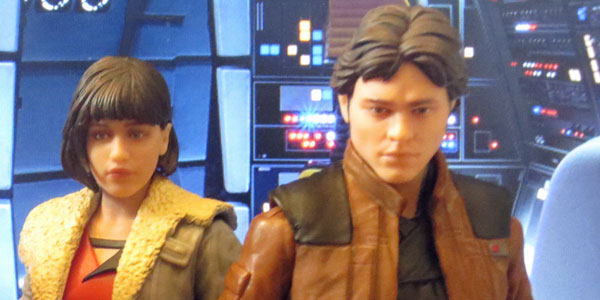 The hero of Solo: A Star Wars Story anchors the latest wave of Hasbro’s Black Series.

I’d say it’s obvious that young Han Solo himself would be front and center amidst the latest Solo-themed Star Wars products… but Hasbro has actually gone in a different, intriguing direction with the Force Link collection. For The Black Series, however, we’ve got our new Solo right out of the gate, and he’s an excellent figure.

The all new sculpt sports a perfect portrait of Alden Ehrenreich, highlighted by the excellent facial scan paint apps which have brought The Black Series to a whole new level lately. Han’s figure features what seems to be his main new outfit, a brown jacket with black shirt and those same blue pants and tall boots. For what is essentially just a color change, I like how this new costume evokes even more of a cowboy aesthetic, fitting for what we’ve heard about the tone of the Solo movie.

Han sports a great range of motion, especially in the elbows and wrists, which opens him up to a number of great blaster-shooting poses. He also includes a functional holster attached to the iconic Solo belt, which is flexible enough to not restrict the figure’s hip articulation.

If there’s one cause for concern I have for the Solo movie, it’s Ehrenreich. He hasn’t sold me in the trailers yet, but I’m more than willing for him to prove me wrong in the movie. In the meantime, his action figure is so well crafted, it’s hard to not recommend him. He fits in quite nicely with the OT and Force Awakens Solo figures, completing the trifecta of eras we’ve seen this character throughout the Star Wars galaxy. That, in and of itself, is pretty cool. 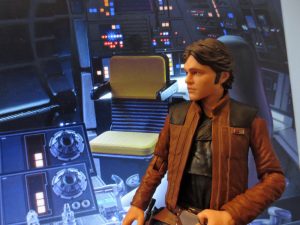 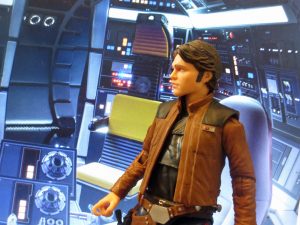 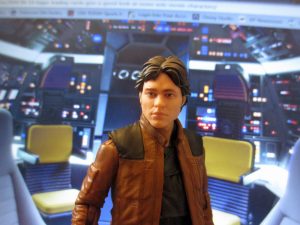 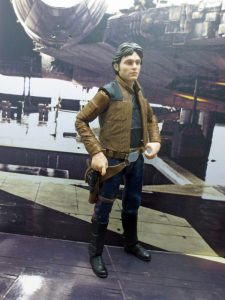 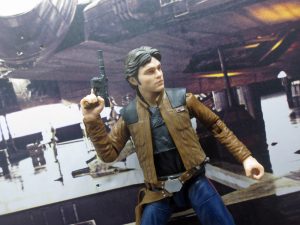 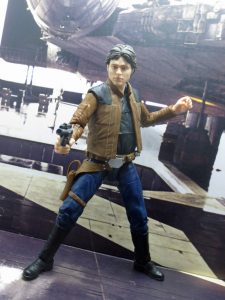 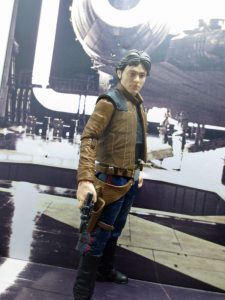 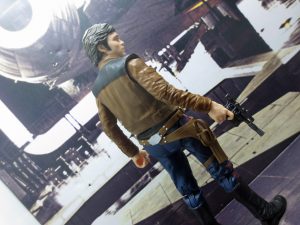 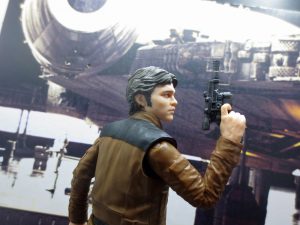 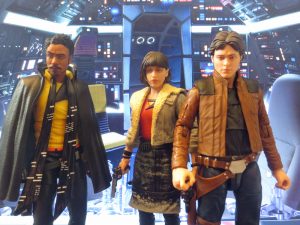