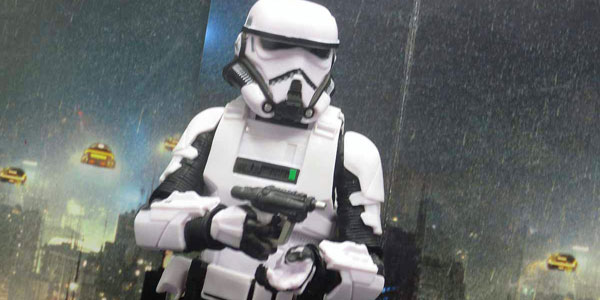 Another faction of the Imperial forces makes for a surprisingly great addition to The Black Series.

The Imperial Patrol Trooper might have the least screen time of any Empire soldier we’ve encountered to date. Yet Hasbro fully committed to this Trooper, by releasing an all new, impressively engineered action figure that offsets his limited screen presence.

We only see the Patrol Troopers briefly as young Han Solo is being chased through the streets of Corellia, yet the Empire’s traffic cops strike an iconic-enough appearance, bridging the gap between the Scout Troopers of the Original Trilogy and the more recent soldiers introduced in Rogue One.

Hasbro’s entirely new sculpt serves as a great example of the leaps and bounds they’ve taken with The Black Series over the past several years, rendering a figure with a considerably greater range of motion than past Imperial Troopers, while maintaining a consistency with them in scale and level of detail.

This new figure design adds vastly improved hip articulation, a double-jointed neck, and increased shoulder movement to the previous Black Series articulation standard, and the result is leaps and bounds ahead of previous releases. The improved torso and neck articulation may go a long way, but it’s the completely redesigned shoulder joints– which now move under instead of over the shoulder sockets– that make the most difference here.

As for the rest of the figure, the sculpt is, aesthetically speaking, top notch, and the clean white-on-black deco is refreshingly clean in comparison to releases like the Mimban Stormtrooper, which feels like a refreshing change of pace. The Patrol Trooper includes a side blaster and stun baton, both of which fit onto his utility belt.

The Imperial Patrol Trooper is part of the latest wave of Black Series figures to be released. Look for him alongside Beckett’s crew of rogues and some Original Trilogy icons at retailers this winter. 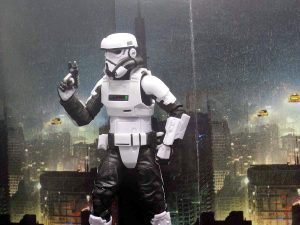 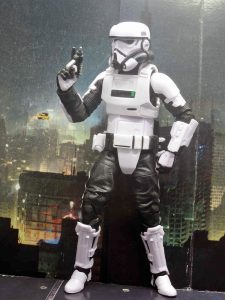 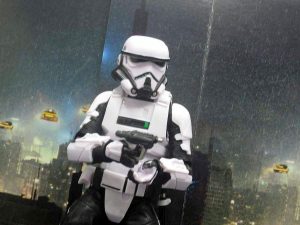 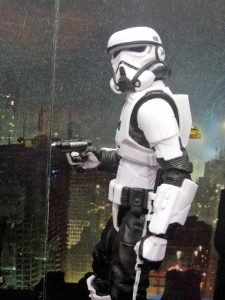 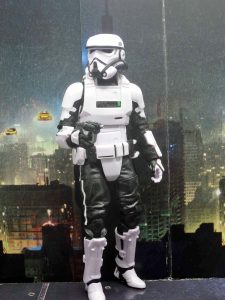 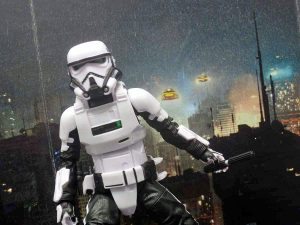 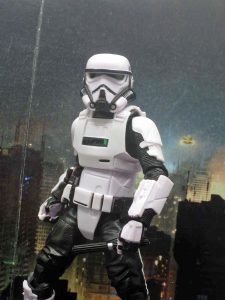 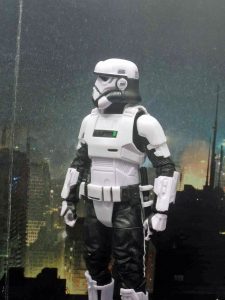 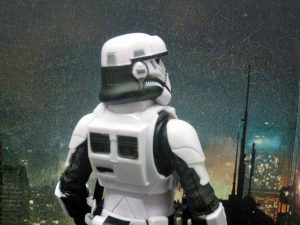