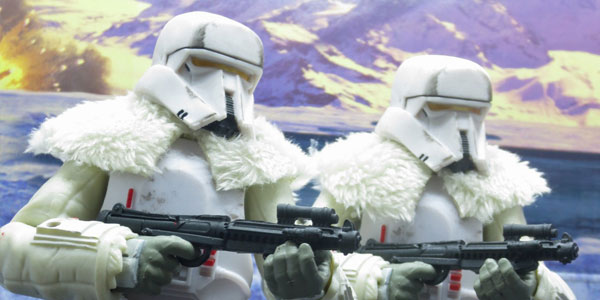 A new Stormtrooper gets drafted to The Black Series before their big screen debut in Solo: A Star Wars Story.

Like clockwork, a new Star Wars movie means a new Stormtrooper variant, both in the film and on toy shelves. Solo will feature the Range Trooper, a heavy and overall cool looking new soldier, complete with some intense hydraulic boots, fur-lined coats, and gold visors. It’s a cool looking design, though I question why the Empire would need this type of trooper when they already have Snowtroopers which are already designed for (presumably) the same environmental conditions. Maybe the movie will shed some light on that?

In the meantime, we’ve for the Range Trooper joining Hasbro’s Black Series, as the solo* villain from the new movie. The all new sculpt is very nicely detailed, from the realistic fur trim sculpted on the figure’s skirt, to the working of the big, bulky boots. There’s echoes of both the classic Snowtrooper and the Rogue One era Imperials which connects this figure to others in the Empire’s army, while the heft and solid-ness of this guy makes him feel unique.

As much as I like the look of this guy (even the faux fur collar which blends very well with the sculpted fur elsewhere on the figure), his bulk does impede his articulation, especially below the waist. His puffy sleeves still sport enough range of motion to pose him with his blaster in one or both hands, but the design of the legs– with a firm rubber skirt and straps connecting the legs to the skirt’s sides– leaves any front-to-back movement at the hips practically non existent. And the half-ball knees are limited by the boxy shape of the boots, leaving us with only a few poses possible for the figure’s stance.

I was let down overall by this figure because of the limited articulation. Much of it was probably unavoidable based on the bulky character design, but the end result is far from the most playable figure in The Black Series. Still, a new Stormtrooper is a new Stormtrooper… and he’s got a cool sense of style that helps fill out the Imperial ranks while standing on his own. 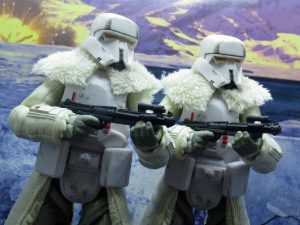 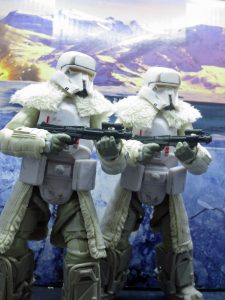 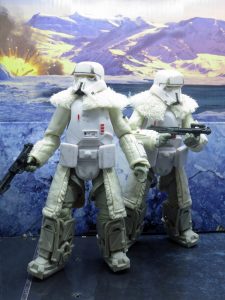 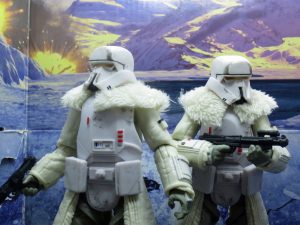 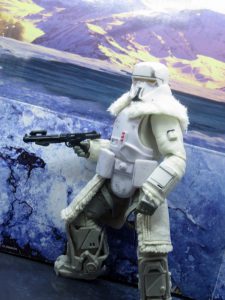 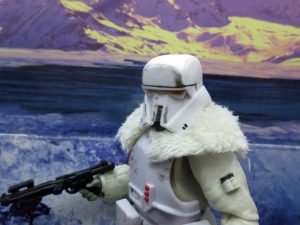 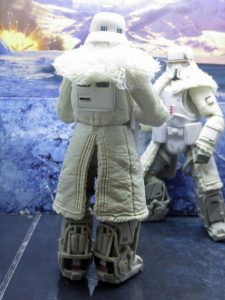 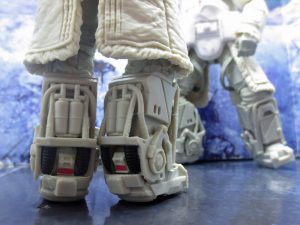 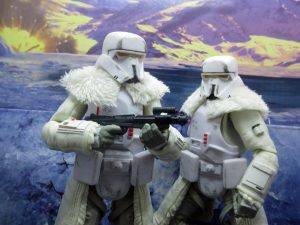 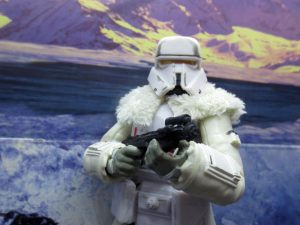 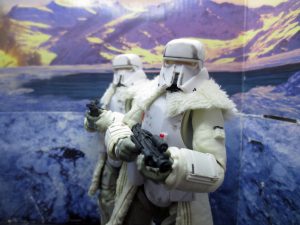