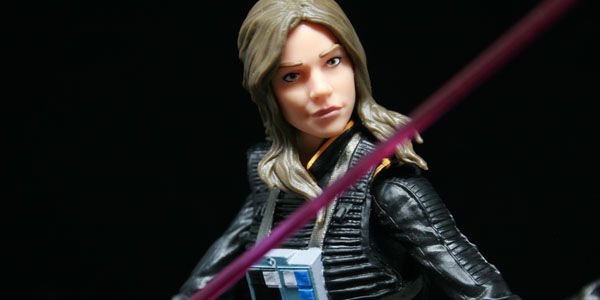 An icon of the Expanded Universe gets the Black Series treatment she deserves.

Within The Black Series, Hasbro has been pulling from many corners of the Star Wars universe, whether it’s the Original Trilogy, the prequels, the Rebels and Clone Wars animated series, or the new movie of the year. But they’re also paying tribute to the Expanded Universe, the now mostly abandoned non-cinematic world built up through novels, video games, comic books, and role playing games. That’s where Jaina Solo comes from. One of the two children of Leia Organa and Han Solo, Jaina displayed Force capabilities, piloting skills, and a fiesty brand of leadership that wasn’t far off from her mother’s.

That might all sound kind of similar to current saga hero Rey, and you wouldn’t be wrong… many have noted the parallels between these young Jedi. In that respect, Jaina’s debut in The Black Series is extra special. Not only is she one of the very few “Star Wars Legends” to join the line, she is, in many ways, a prototype of our cinematic Last Jedi.

So obviously, there’s something exceptional about this character. And Hasbro seems to think so, too, because Jaina’s new action figure is one of their best. The all new sculpt splits the difference between young Solo’s pilot talent and Jedi training, outfitting her in an all black version of a Rebel pilot outfit, with her purple lightsaber, as well.

Jaina’s outfit is loaded with intricate details, and the smart decision to separate her flight vest and web gear as a separate rubber overlay is a genius move. It allows the figure a greater rnage of motion, and adds a realistic depth to her overall appearance. I’d love to see a similar approach among future pilot figures in The Black Series. Speaking of future pilots, Jaina’s release also means Hasbro now has a female pilot base body to work from! That’s awesome news, considering the number of cool female pilots featured throughoutn the Expanded Universe, especially.

In addition to her lightsaber– which she can wield with one or two hands, and whose hilt can rest on a hook on her belt when not in use– Jaina includes a blaster with working holster, and a very nicely designed removable pilot helmet. She looks great wearing the piece, and thanks to her cleverly sculpted hair, Jaina displays just as well without the helmet. The young Jedi’s face is depicted in a realistic style, continuing the aesthetic of The Black Series, and she sports a cocky and confident half smile that would make her father proud.

Jaina was the winner of Hasbro’s most recent Fan Poll, and many Star Wars purists are happy that one of their EU favorites has become part of The Black Series. Will her brother Jacen follow? Only time will tell… but if he does, and he’s anywhere near as well executed as Jaina, Star Wars collectors from all walks will be in for a treat. 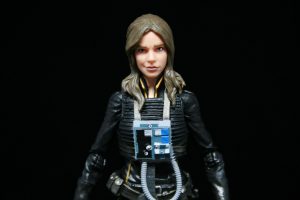 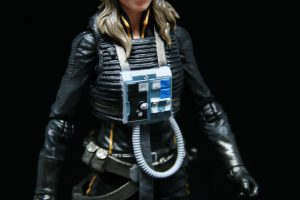 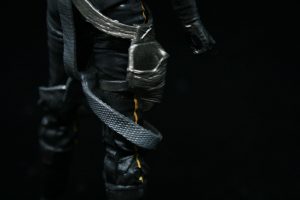 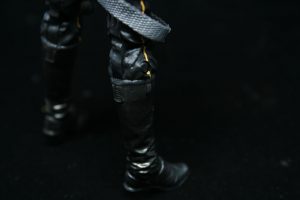 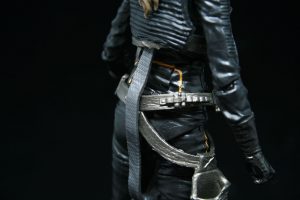 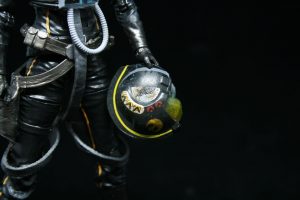 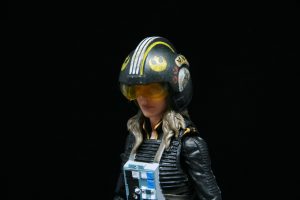 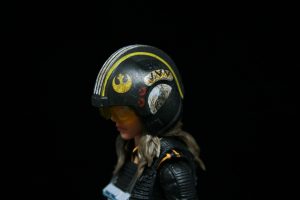 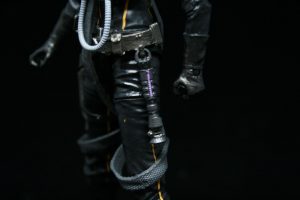 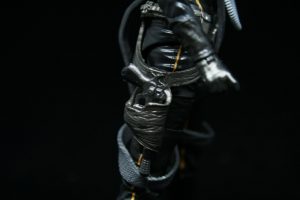 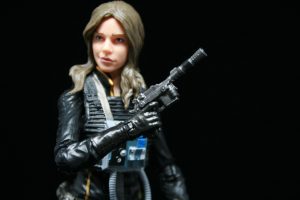 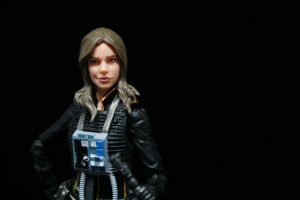 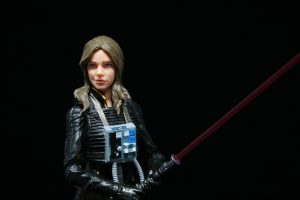 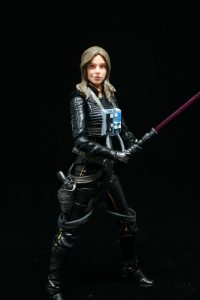 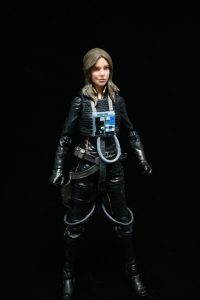 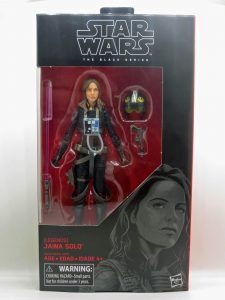 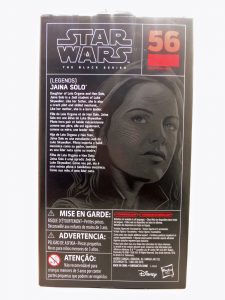