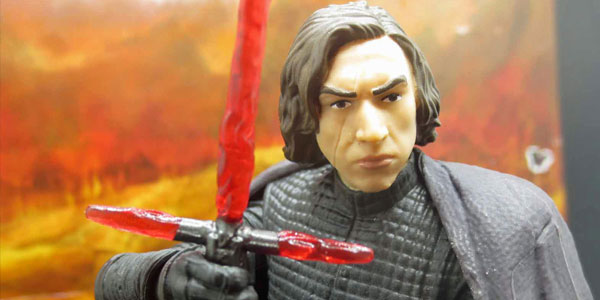 Ben Solo makes a stunning return to The Black Series, just in time for The Last Jedi.

The first figures from Hasbro’s The Last Jedi era Black Series are out, and one of the highlights of the lineup is the all new Kylo Ren. While not a dramatic departure from Kylo’s toy from The Force Awakens collection, the subtle details featured in this figure make him a dramatic improvement upon closer inspection.

Kylo’s look in The Last Jedi is pretty familiar. He’s still clad had to toe in black, but he’s swapped out his hood and shawl for a patched leather cape. And, at least in terms of Hasbro’s toy line, he seems to be spending more time without his helmet these days.

The new figure’s sculpt is incredibly detailed, and the litany of textures on display– from the quilted tunic, to the patchwork of the rubber cape, to the sleek, glossy boots– prevent an essentially monochromatic figure from being dull. In fact, the all black costume immediately draws attention to both Kylo’s jagged lightsaber, as well as his face, one of the true highlights of this figure.

While past likenesses to Adam Driver have been a little off, the sculpt of this Kylo captures the actor perfectly. He features a very character appropriate scowl, and his new facial scar– courtesy of his lightsaber duel with Rey– is etched into his face as opposed to simply painted on, a detail which adds more depth and realism to the sculpt.

One of the big points of contention in The Black Series is the soft goods versus plastic debate, for things like robes and tunics. I’m definitely on team plastic, and the gorgeous sculpting on Kylo’s rubber cape is a great example of why. It’s posed fairly neutral, draping over the villain’s shoulders, but the way it billows toward the bottom illustrates the heft of the cape in a way a lighter fabric one simply couldn’t. Of course, if you DO prefer cloth capes, Wal-Mart will be offering a special edition Kylo, complete with cloth cape, alternate masked head, and display base… so Hasbro’s got collectors pon both sides of the aisle covered.

Look for Kylo Ren in the newest waves of The Black Series, available now at most retailers. 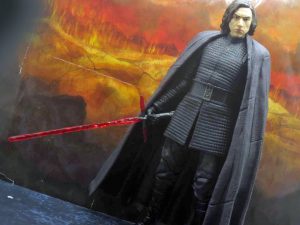 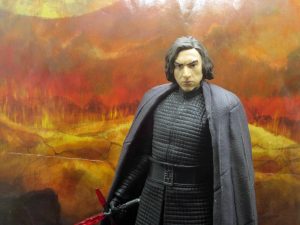 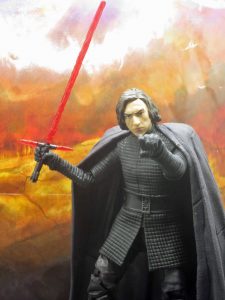 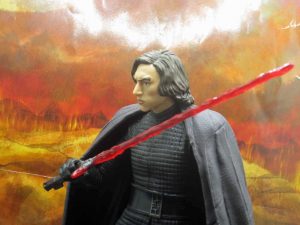 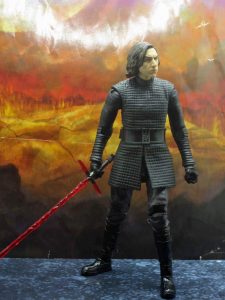 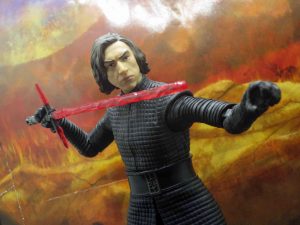 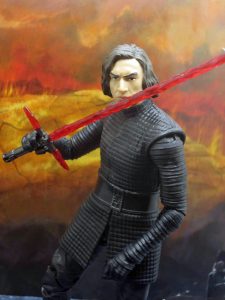 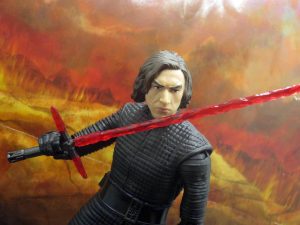 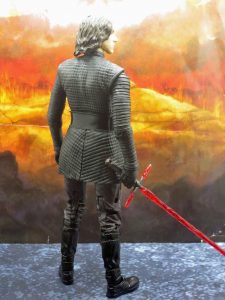 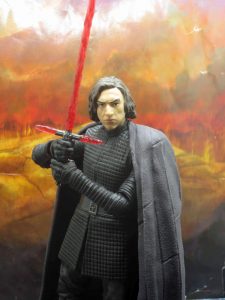 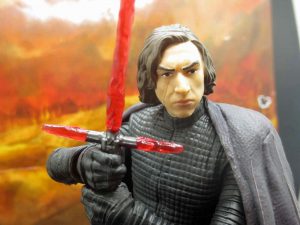 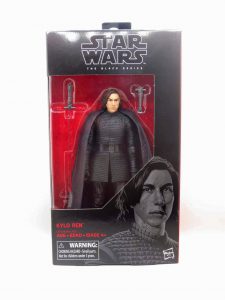 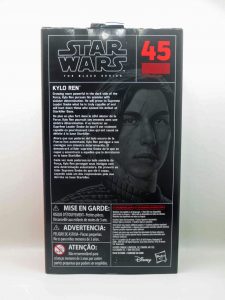