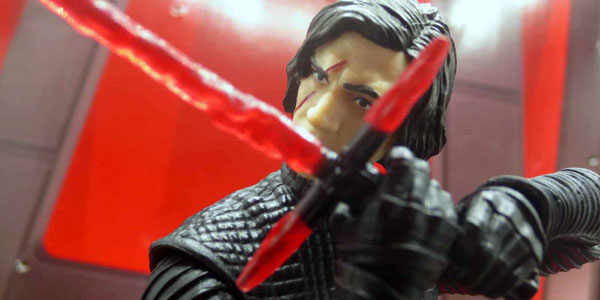 One of the more appealing new features of Hasbro’s Star Wars Black Series is the “deluxe” figures released as retail exclusive upgrades to standard release 6″ figures. We saw K-Mart release a few of these figures for The Force Awakens and Rogue One, but for The Last Jedi collection, Hasbro took the idea and ran with it. To date, we’ve seen Target’s Luke Skywalker with Achc-To base, Toys R Us’ Rey with Crait base, and Gamestop’s Snoke with throne… and now the set is complete with Wal-Mart’s Kylo Ren with throne room base.

Like the other deluxe figures, Kylo starts off with essentially the same figure as the basic single-pack release, but adds some cool new parts to increase the value. Ben Solo includes his signature cross guard lightsaber, both ignited and a second blade-less hilt, both die cast for this version. It’s amazing what a different the metal makes on these accessories, highlighting the details of the saber’s mechanics perfectly. Speaking of die cast, Kylo now also includes a metal version of his helmet, which is very weathered as if to remind us… this mask has been through some stuff.

The helmet serves a second purpose as an alternate head, though a word of warning– the hold in the helmet fits much tighter than the unmasked Kylo head, meaning it can be difficult to swap on and off safely. Take care and take your time with it, so as not to break off the figure’s neck peg.

Unlike the other deluxe figures, Kylo also features a brand new portrait, an alternate sculpt that’s a huge upgrade. Not only is the likeness of Adam Driver much better, it defines Ben’s scar more dramatically and sports a vastly improved expression– a petulant sneer perfect for this villain. 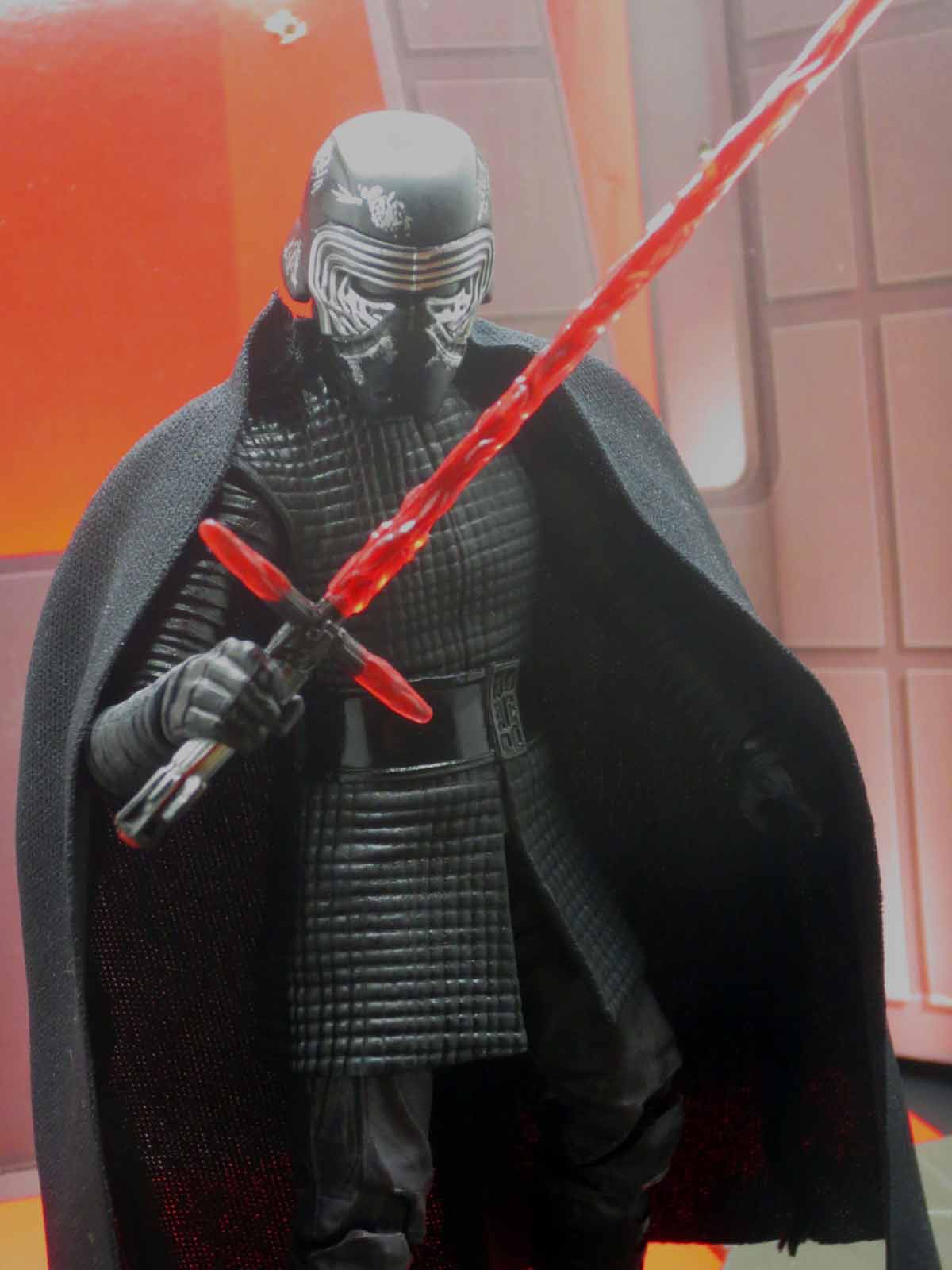 While the standard Kylo featured a rubber cape, this version follows suit with the other deluxes, replacing it with a cloth cape. I had high hopes based on the prototype images, which included an expertly tailored, quilted fabric cape to match Kylo’s on screen appearance… but the final product is a simple piece of black cloth with no texture at all. It rests on the figure’s shoulders well enough, but it’s pretty dull, honestly. It’s hard to argue that adding the rubber cape to this figure yields the best version possible of Kylo Ren, even for those who love soft goods on their figures.

Kylo’s base is cool on its own, capturing an arc of the floor seen in Supreme Leader Snoke’s throne room. It’s cast in a deep grey plastic and features a bunch of sharp angles, matching the First Order’s pallet and aesthetic, and even includes lots of clear plastic segments which can be lit quite dramatically. But the coolest feature of this base is, it connects to Snoke’s thrown, building a larger segment of the Supreme Leader’s command center. I would love to see Hasbro continue with this diorama-building concept. They’ve said for a long time they don’t forsee following in Marvel Legends’ shoes with Build-A-Figures for The Black Series, but buildable dioramas would be a great alternative that could encourage multiple purchases and provide an awesome display option for collectors.

Aside from the cape, this version of Kylo is a major step up from the original release. He’s just starting to make his way to retail now, weeks after the movie hit theaters, because Wal-Mart is terrible. But if you can find him, I cannot recommend this figure enough. He’s a highlight of The Last Jedi collection, and the best toy version I’ve seen of the New Trilogy’s main villain. 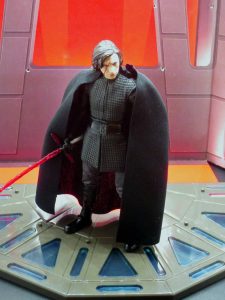 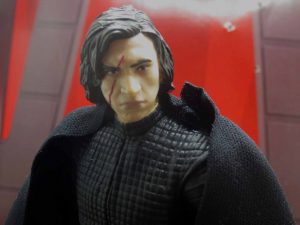 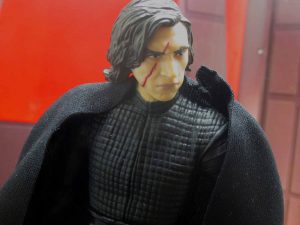 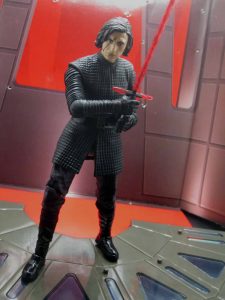 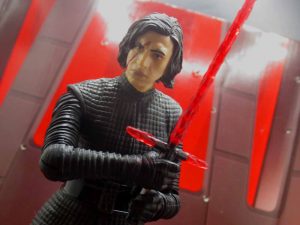 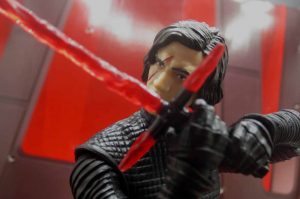 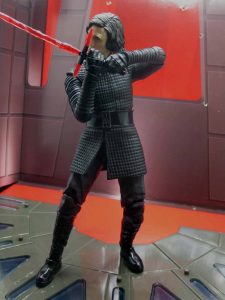 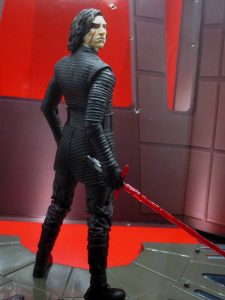 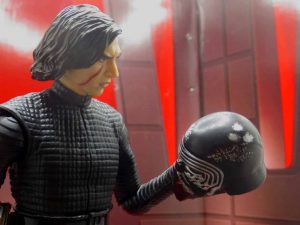 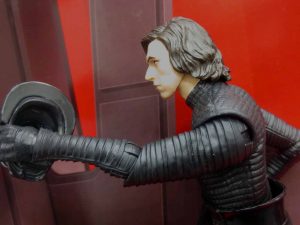 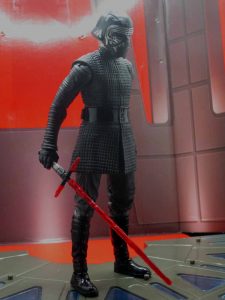 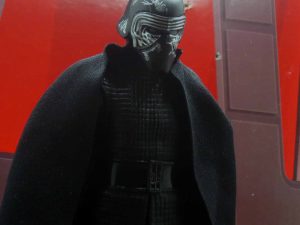 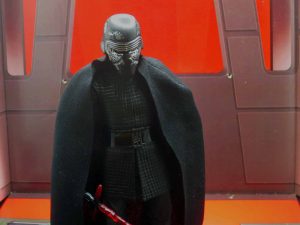 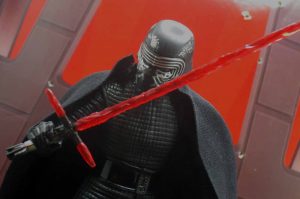 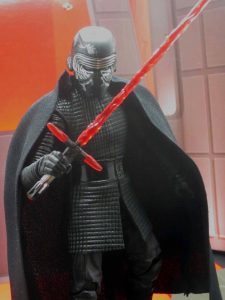 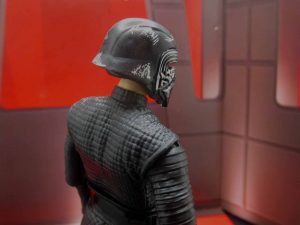 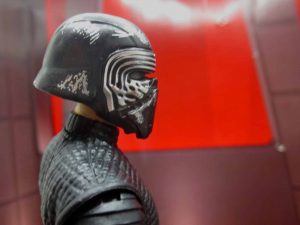 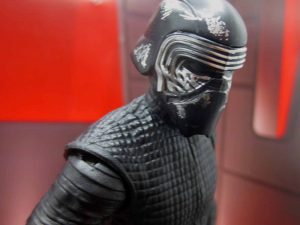 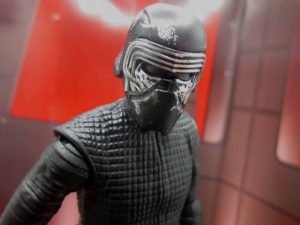 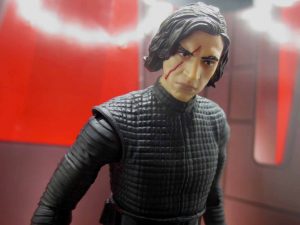 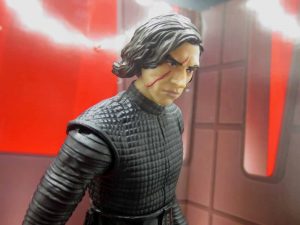 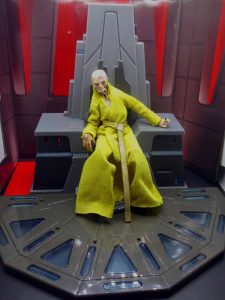 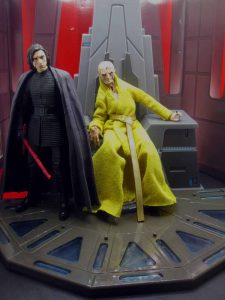 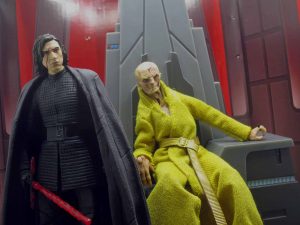 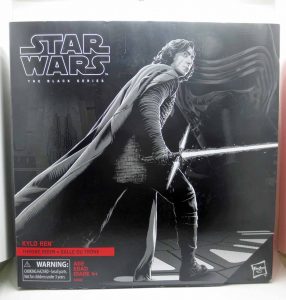 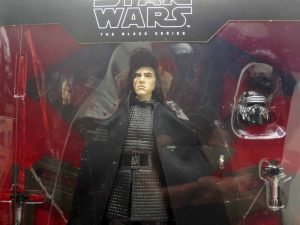