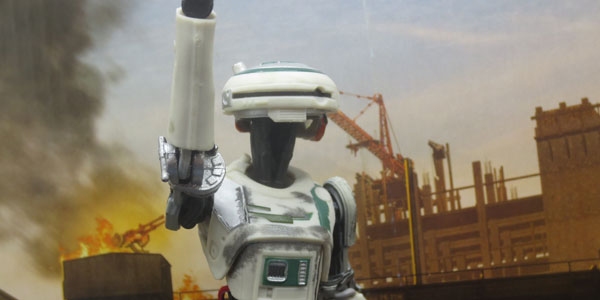 L3-37 might have been the most divisive character in Solo: A Star Wars Story. The dregs of Star Wars fandom hated the idea of a “SJW” Droid advocating for equal rights between organic and non-organic beings in the galaxy far, far away… but most of us kind of liked this new wrinkle in the Star Wars universe, which added depth to the dynamic between people and Droids on screen.

In her relatively short amount of screen time, L3 gets to establish a quasi-romantic dynamic with Lando Calrissian, as well as incite a Droid rebellion of Kessel, which makes me think the storytellers behind Solo kind of liked her, too. Still, between her limited screen time in the movie and her lack weapons or action moments in the film meant L3 might have been a fairly sparse and stark addition to Hasbro’s Star Wars toy line.

But Hasbro found a way to pay this Droid her due diligence with an incredibly accurate and intricate sculpt, one that makes incredibly smart use of the subtle negative space in L3’s silhouette. The customized Droid draws from elements of Protocol and Astromech Droids, as well as some entirely unique parts we’ve never seen before… and true to her DIY nature, it seems like a lot of L3 is held together by wiring and little else. Hasbro’s Black Series action figure does a great job of replicating her asymmetrical, slapdash design, right down to her largely-empty torso and the intricate system of wires that connect her legs. This entire sculpt is remarkably detailed, and yet sturdy enough to never make me concerned I will break the figure by posing her.

My only major problem with L3 is her knees, which feature a ratchet joint that locks her poses in position at approximately every 40 degrees. This limits where her legs can lock in place, which is especially important considering her small feet… but with enough trial and error, you can find a spot to lock in the knees and ankles to keep L3 standing upright.

L3-37 is shipping now, alongside the rest of Hasbro’s 18th wave of Black Series figures. If you liked the character but weren’t convinced she would make for a great action figure, rest assured Hasbro found a way to make her particularly appealing, especially in from a design standpoint. If you didn’t like L3-37, I honestly don’t know that I can reach you. I can only say I hope you enjoy pouring over those old Expanded Universe articles on Wookiepedia that don’t mean anything anymore, while the rest of us keep looking forward to the future of Star Wars. 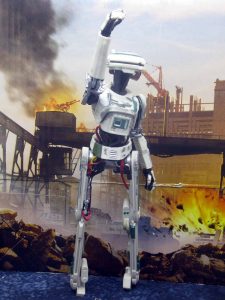 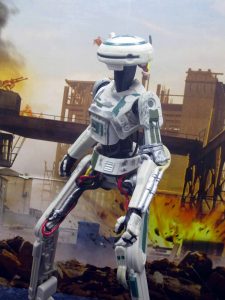 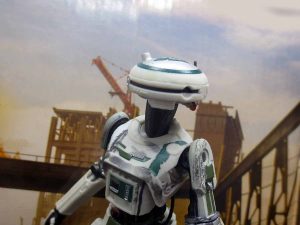 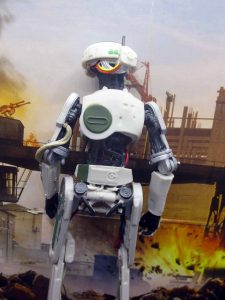 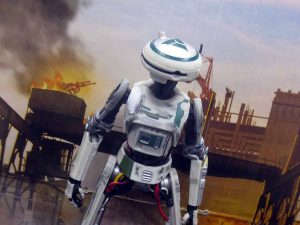 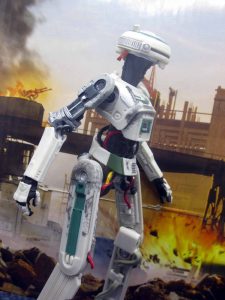 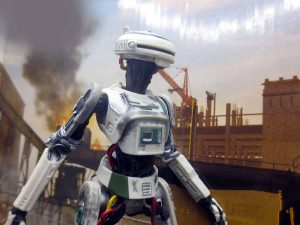 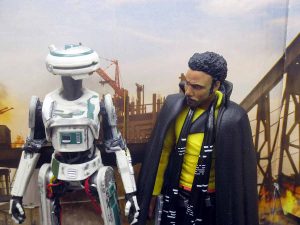 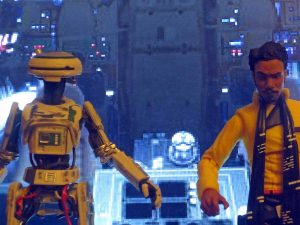 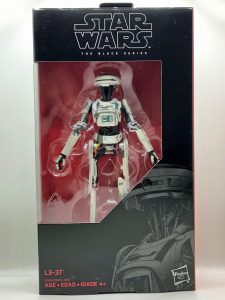 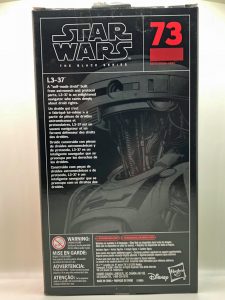