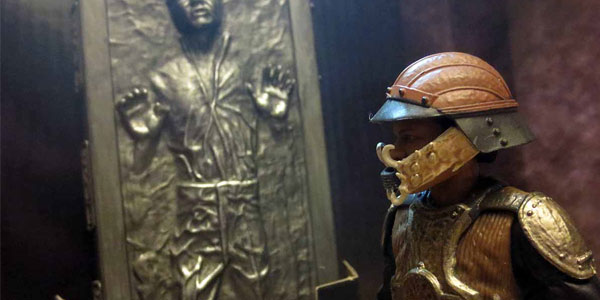 Lando returns to The Black Series in disguise, with a great new action figure based on his first cinematic mission working with the Rebellion.

We’ve seen a few Lando Calrissian figures in Hasbro’s Black Series over the past few years, including his stylish outfits from Bespin and his younger self, as seen in Solo: A Star Wars Story. But the latest 6″ iteration of our second-favorite scoundrel matches the previously released Leia in Boushh disguise, capturing Lando in the disguise he wore while infiltrating Jabba’s palace to rescue the captive Han Solo.

The all new sculpt looks great, packed with all the detail of Lando’s on screen outfit, which is a mix of Tatoonie native aesthetics, and bounty hunter panache. Hasbro managed to include a lot of useful articulation into the intricate sculpt, allowing for an easy double-handed hold of pike staff packed in with the figure. If there’s any part of the figure that falls short, it’s the torso, which seems a bit too thin, even considering Lando’s svelte frame. Just a bit more width in the figure’s midsection would solidify the realism captured in the figure’s immaculate sculpt and paint details.

The previous portrait of Billy Dee Williams was one of the strongest likenesses in the earlier years of The Black Series, but this new headsculpt is even better, thanks to the real scan technology that adds another level of realism in the figure’s facial paint work. I’m even more impressed that the Hasbro team managed to work in a removable helmet, which looks great while in place, yet which does not shrink or otherwise inhibit the headsculpt when not in place.

Lando gets us one step closer to completing the main cast of the Jabba’s Palace sequence of Return of the Jedi. I wouldn’t be surprised if we see a black-robed Luke Skywalker sooner than later (perhaps as a n Archive Collection reissue of the Jedi Knight Luke?), and a blind Han and shackled Chewbacca would definitely make for strong Comic Con exclusive material.

In the meantime, we’ve got Jabba, we’ve got Boba Fett, we’ve got the Gamorrean Guards, and now we have both Rebel heroes in their Palace disguises. That’s a pretty good start toward capturing the best sequence of Episode VI in 6″ scale. Look for Lando along with the rest of wave 19 of The Black Series at retail now. 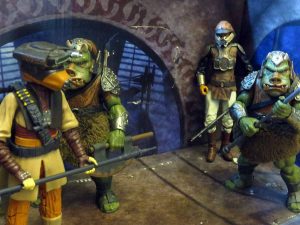 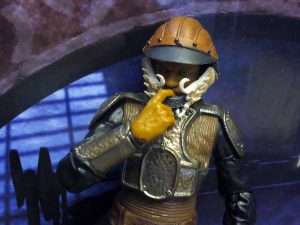 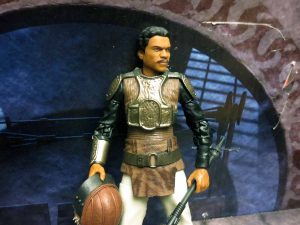 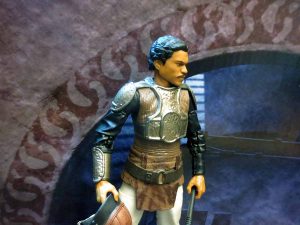 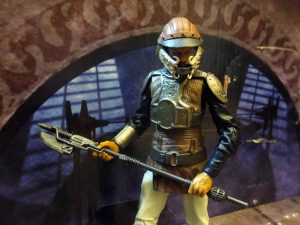 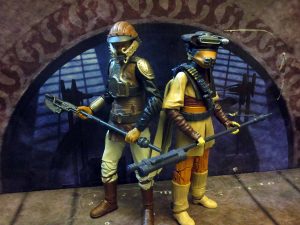 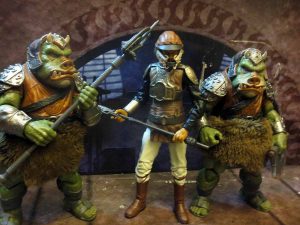 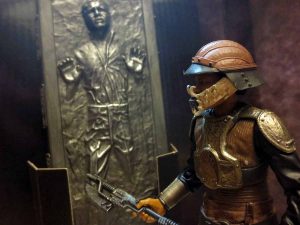 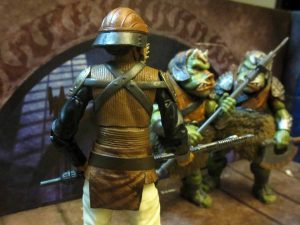 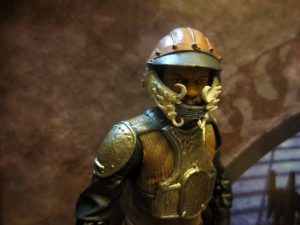 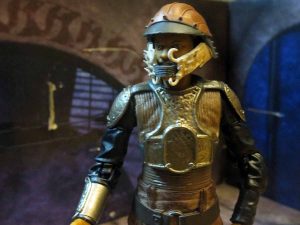 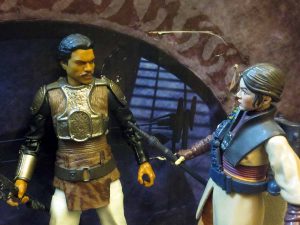 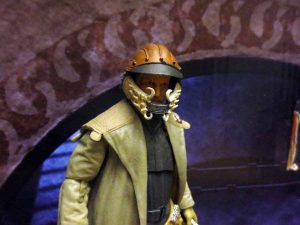 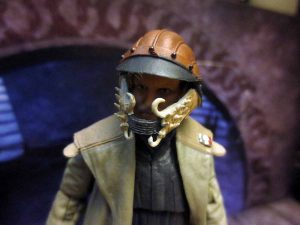 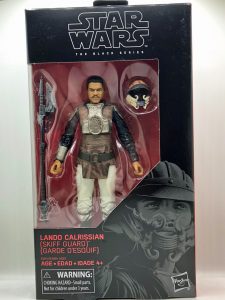 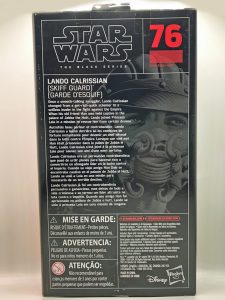