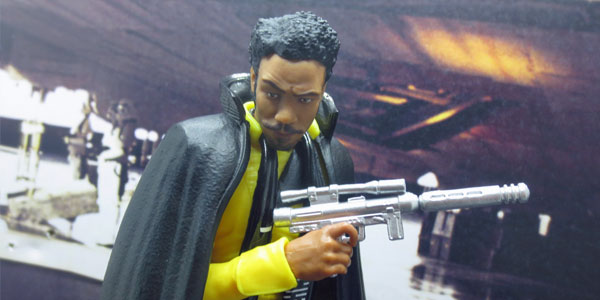 The younger version of the galaxy’s most notorious smuggler is a highlight of Hasbro’s Star Wars Black Series.

I’m still nervous about Solo: A Star Wars Story, but credit where credit’s due, the movie has a few things in its corner. Chief among them is the BRILLIANT casting of Donald Glover as a young Lando Calrissian. Hasbro has wasted no time delivering this new version of Lando to The Black Series, and we’re all better for it.

This is an outstanding figure, one of the all time best in the Black Series. From the excellent on-model sculpt, to the great articulation (the elbows in particular have an amazing range), to the functional holster which houses Lando’s silver blaster and its attachment, this guy is all sorts of great.

As we’ve seen with other recent human figures in The Black Series, Lando uses the new facial scan paint technology, which adds realism and shows off the excellent likeness to Glover in this portrait sculpt. But what I love most about Lando is his expression. With one eyebrow cocked and a slight smirk on his face, there is so much personality packed into this figure, and it fits the suave smuggler perfectly.

Lando includes a removable black cape, so he can be displayed with or without it. The rubber cloak is a bit firm, making arm articulation limited while he’s wearing it, but it matches his yellow and black outfit so well, the sense of style makes it worth losing the usefulness of the figure’s arms.

I’ve been very impressed by many of Hasbro’s recent Black Series releases, but the likeness, the paint work, the articulation, and accessories included with Lando really manage to elevate him above and beyond even the high bar Hasbro had set previously. I cannot recommend this figure enough! 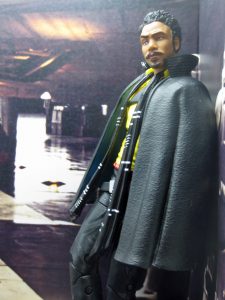 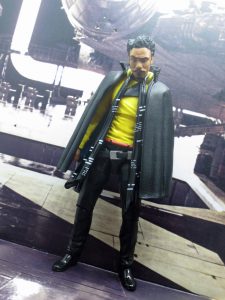 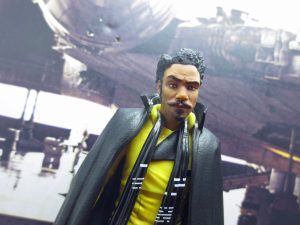 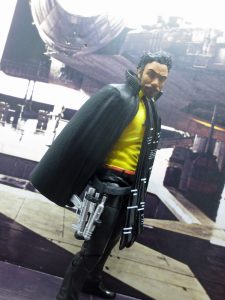 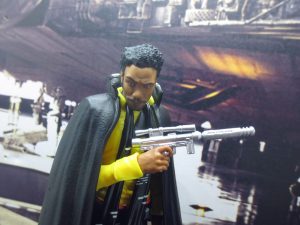 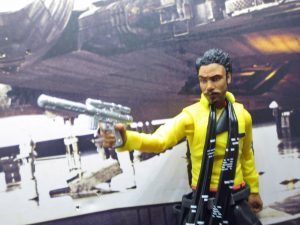 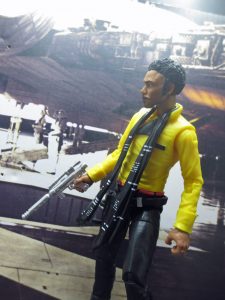 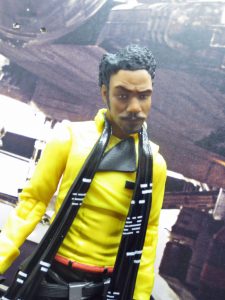 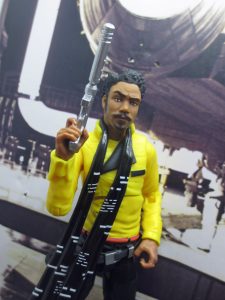 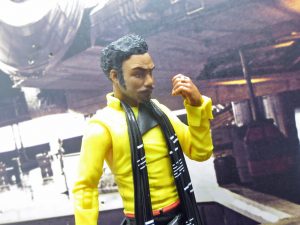 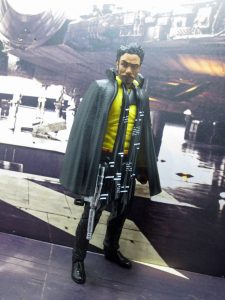 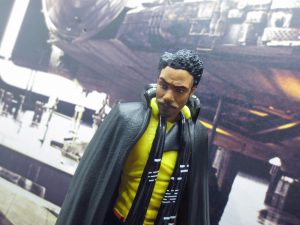