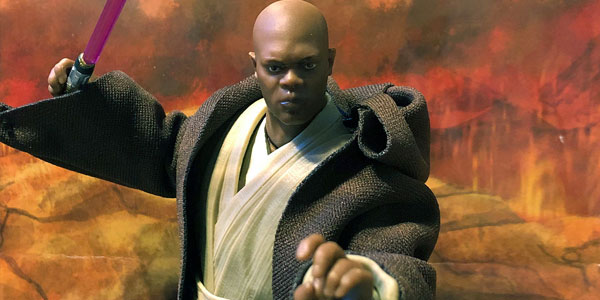 Every Jedi figure in Hasbro’s Star Wars The Black Series should be as good as Samuel L. Jackson’s Mace Windu.

For some reason, I got super stoked when Hasbro’s Steve Evans revealed they were introducing a 6″ Mace Windu within The Black Series. After a second, I asked why I was so hyped– I mean, we’ve already seen Sam Jackson multiple times in Marvel Legends. I can’t explain my excitement at that time, but now, having the new Mace figure in hand, I can say it was entirely justified.

Not only does this figure feature the best portrait of the iconic actor ever released in toy form, it sports some incredible new articulation that lends itself perfectly to action poses worthy of a Jedi Master. Unlike some earlier Jedi, Mace’s entire tunic is rubber, but a soft enough material that it allows a full range of motion in his legs and hips. This is accentuated by a new feature, a soft rubber upper tunic which hides butterfly joints in Mace’s shoulders. These understated points of articulation go a long way in allowing Mace to naturally hold his purple lightsaber with both hands, and open up a remarkable range of dynamic action poses previous Jedi figures could not hit. It’s amazing what this one extra joint can do, and it’s entirely hidden by the shoulders of the tunic!

I’m a bit less impressed by Mace’s Jedi robe, which is made of the same thin yet relatively shapeless material as Ben Kenobi’s. It works okay, and can look pretty good with a bit of adjustment, but I still wish Hasbro would find a better solution to outer robes than this. Thankfully, unlike figures like the Emperor or Yoda, Mace looks just fine without the outer robe, as he spends plenty of screen time with and without it.

Mace Windu is part of the latest wave of Black Series releases, which pay tribute to multiple corners of the Star Wars Universe, including the Prequels. I can’t speak for everyone, but I’m personally stoked to see Hasbro give the nod to this maligned part of the mythology, and figures as technically and artistically great as Mace and Padme Amidala will certainly help motivate even the most die hard Prequel haters to consider them. 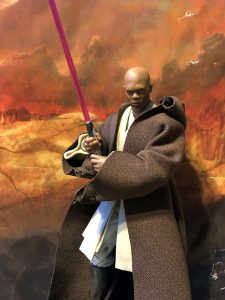 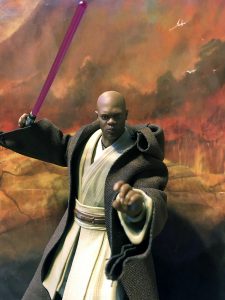 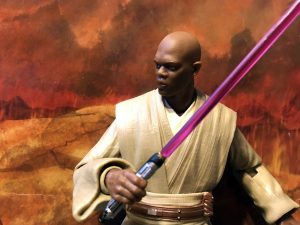 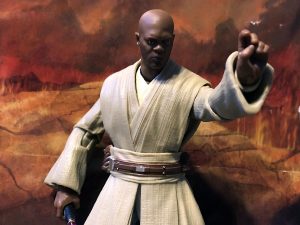 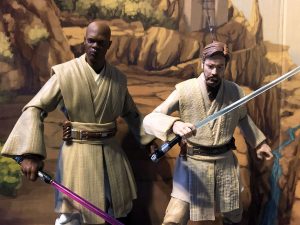 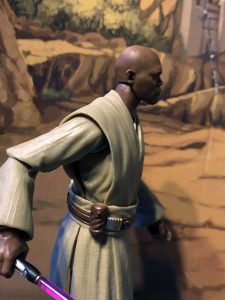 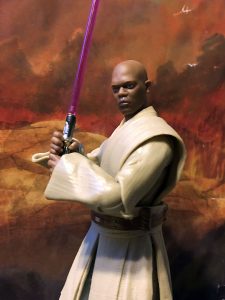 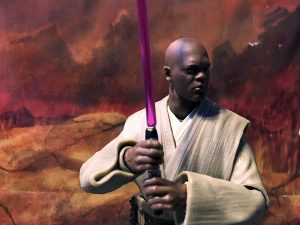 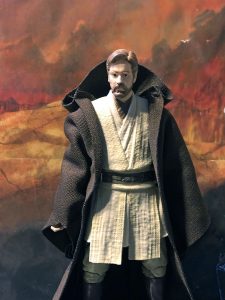 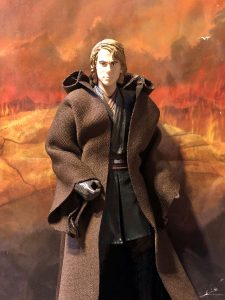 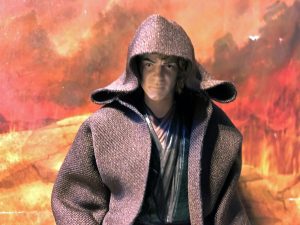 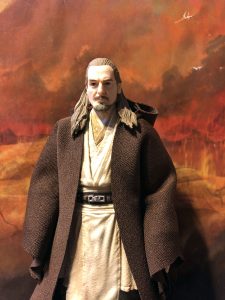 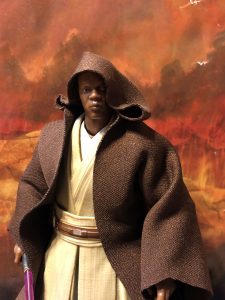 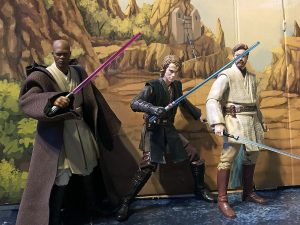 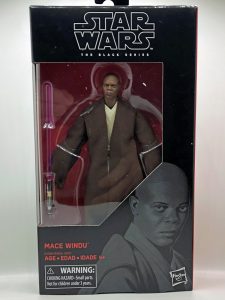 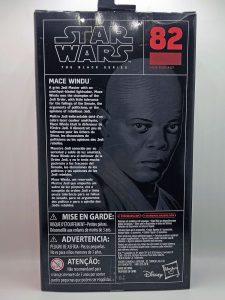