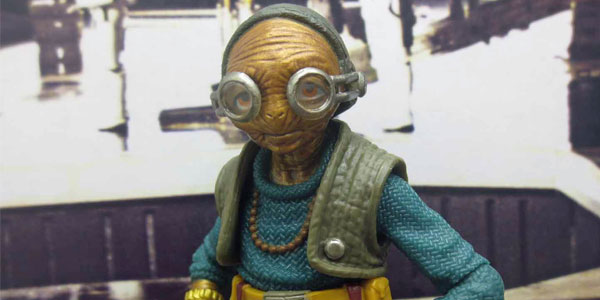 Hasbro packs a lot of quality in one small package, as Maz Kanata makes her Black Series debut.

Maz Kanata was one of the few major players from The Force Awakens who Hasbro did not release in The Black Series, but the pirate queen/ proprietor is returning in The Last Jedi and she’s among the first figures in Hasbro’s latest wave.  So it’s been a few years coming, but Maz was definitely worth the wait.

Being in 6″ scale, Maz only stands about 3″ tall, which establishes her small size in comparison to other figures in The Black Series, but she’s so filled with wonderful detail in both the sculpt and paint that she still feels like a solid value.  Maz is perfectly screen accurate, in the same outfit she wore in Episode VII, and every facet is intricately adapted in toy form. There’s a lot to be impressed by here, be it Maz’s bracelets and rings, the variety of textures in her shirt, pants, and vest, or the ornate, multi-colored boots she wears, painted with remarkable precision considering their size.

In addition to the standard Black Series articulation, Maz features two extra joints which allow her goggles to raise or lower over her eyes. It’s a great feature to include for this clairvoyant, known for seeing many things in people’s eyes, and the goggles look great in either position.  A word of warning, though– my figure’s goggles were a bit stiff when I first opened the package, so I had to free up the paint around the joint a bit before moving them. Be gentle, as the pieces are delicate, but once the joint is free, the goggles move and hold in place very well.

Maz includes a blaster, which the back of her box teases she may use in The Last Jedi, as well as one of her chests, complete with a removable lightsaber hilt. I like the addition of this extra accessory both as a throwback to The Force Awakens, and to eliminate some of the negative space in Maz’s packaging, due to her diminutive stature.

I’m very happy to have Maz in The Black Series, and even happier that Hasbro really pulled out all the stops with this figure. I cannot imagine a better toy version of Maz than this, and for a first action figure, that is even more impressive.

Look for Maz Kanata in the second wave of The Last Jedi Black Series, available now at Toys R Us stores and coming soon to most retailers. 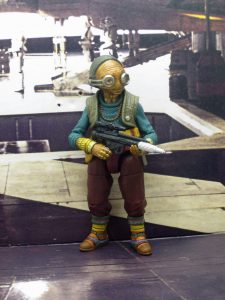 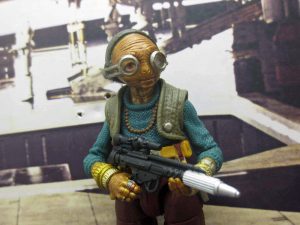 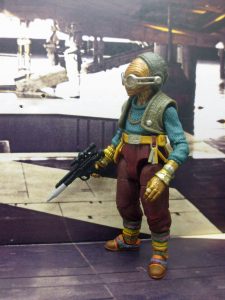 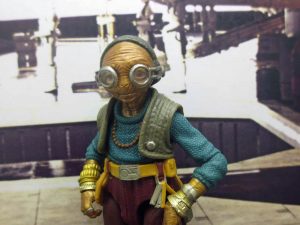 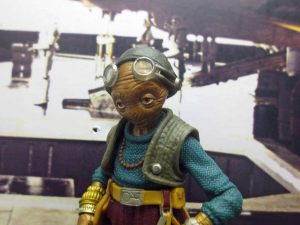 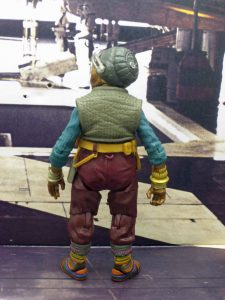 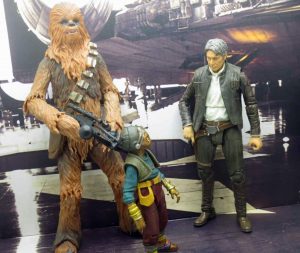 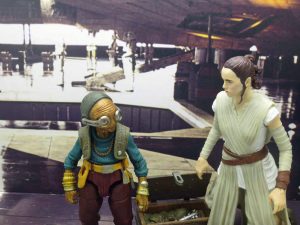 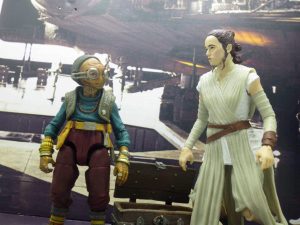 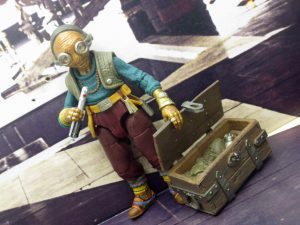 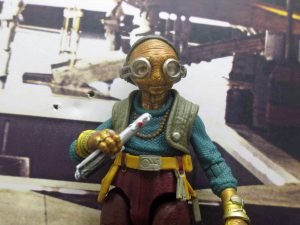 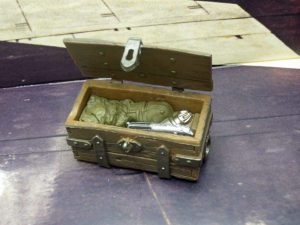 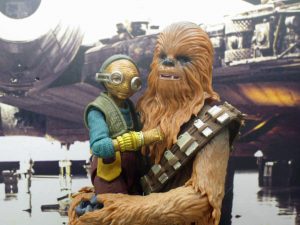 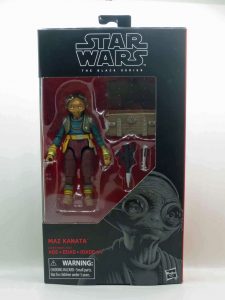 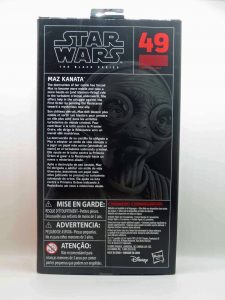