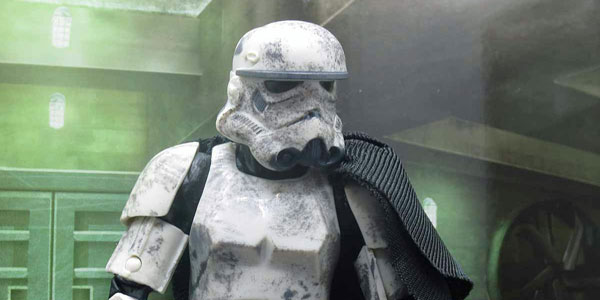 A new Stormtrooper variant is saved thanks to the fantastic paint apps on Wal-Mart’s latest Star Wars Black Series exclusive.

Solo introduced a bunch of cool new Imperial soldiers, but the closest we got to a classic armor was the Mimban troopers. These guys were essentially the mud/ swamp unit of the Stormtrooper legion, so they share the same basic outfit as their counterparts, but with a slightly tweaked helmet, a single-shoulder black cape, and lots of dirt and grime worked into their once-white armor.

It’s not surprising Hasbro would reuse the Black Series Stormtrooper as the base of this figure, and while it’s definitely showing its age, I still appreciate the double hinged elbows and useful ab articulation of the body. The new helmet– which adds a Rogue One-esque forehead plate on top of the iconic Trooper visage– is perfectly screen accurate, and adds a bit of variety to what could have been otherwise a run of the mill Stormtrooper.

Also distinguishing this Trooper is his cape, which Hasbro opted to replicate as a soft goods piece. I like the range of motion the cloth cape allows, and it manages to drape naturally and stay in place on the Trooper’s shoulder quite well, thanks to the smart way it’s fastened around the figure’s neck.

The main attraction with this figure, hands down, are the paint apps. We’ve seen Hasbro experiment with dirt and weathering in the past, but rarely has such a finish been as extreme as on the Mimban Troopers. They’re literally stained in mud, and the result is both very realistic and excitingly free-handed. I own two Mimban Troopers, and the dirt washes are entirely unique on both, which only further enhances the realism on display. Posing these guys makes you wonder if the mud will rub off onto your hands afterwards, that’s how believable the paint work is.

Sadly, the Mimban Trooper only includes a standard Imperial blaster and not his boss long rifle. Kind of making up for that fact, though, is the figure’s unique box, which swaps out the bright red inlay for the muddy grey/ brown one that emphasizes this guy’s environment. I love these one-off packaging variants for exclusives such as last year’s blue-toned Obi-Wan Force Ghost, and it helps make the exclusive very easy to spot in the toy aisle.

Look for the Mimban Stormtrooper now at Wal-Mart stores. Because it’s Wal-Mart, your mileage will certainly vary from store to store, but the figure is shipping in solid cases of eight, meaning when he does arrive, he tends to stick around for at least a little while. 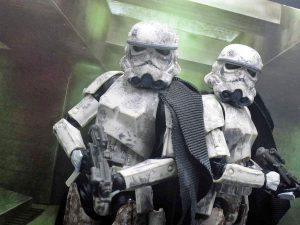 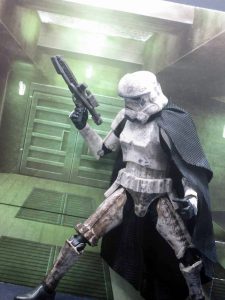 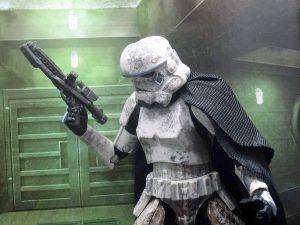 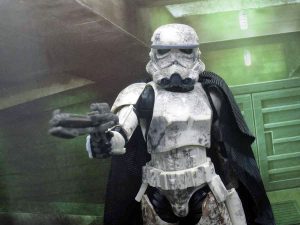 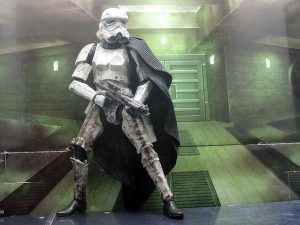 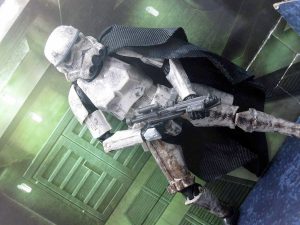 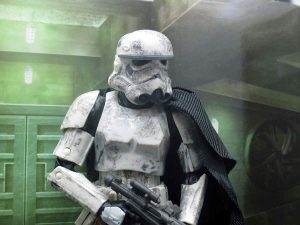 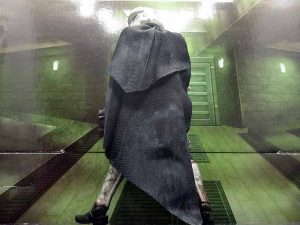 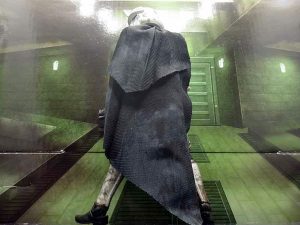 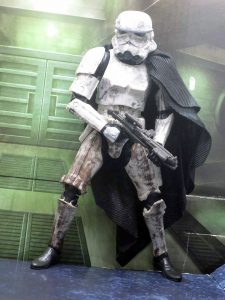 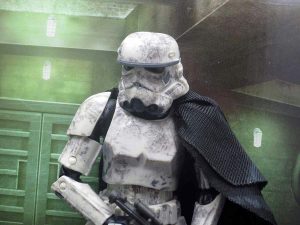 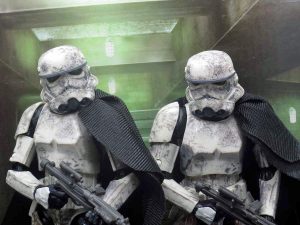 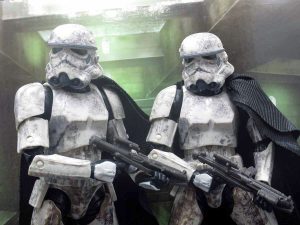 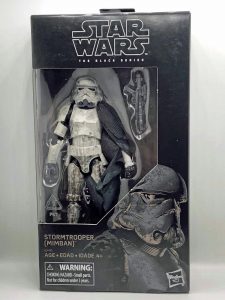 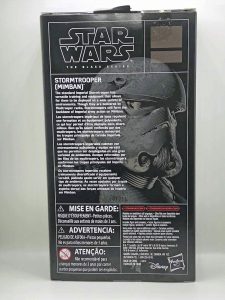 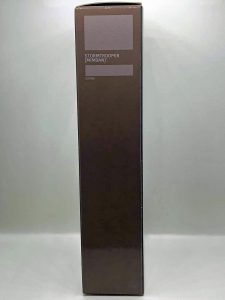