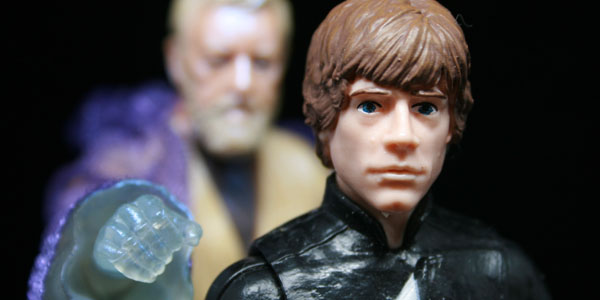 Hasbro and Walgreens team up to bring us the greatest Force Ghost action figure in toy history.

I don’t know why, but Hasbro and Walgreens always seem to be involved in the most interesting and experimental Star Wars Black Series releases. Their collaborations in the past have gone meta with the prototype Boba Fett, and delivered the masterwork of injection molding that was “Emperor’s Wrath” Darth Vader. Their latest exclusive is the Force Spirit* Obi-Wan Kenobi, who features a cavalcade of interesting material, paint, and design choices which come together to create the most ambitious toy adaptation ever of Star Wars’ Force Ghost aesthetic.

As we’ve seen in the past, the simplest way for a toy to replicate the etherial nature of Force Ghosts from the Star Wars movies is to cast a figure in translucent blue plastic. But doing so ignores the strange, wonderful effect seen in The Empire Strikes Back and Return of the Jedi; Yoda and Obi Wan weren’t just blue… there was more going on in their otherworldly appearance.

The new Black Series Obi-Wan does a better job of capturing the ghostly effect than any previous Star Wars toy, thanks to a smart use of plastics, pearlescent paint, and sheer fabric for the robe.  it’s, overall, a marvel to behold this figure. 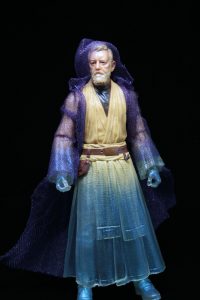 Let’s start with the plastic. Obi-Wan’s lower body is cast entirely in clear plastic, with the legs and pelvis straight up unpainted in a slightly bluish translucent. The color is matched on his lower robe, which is fully painted at the waist and features a gradient down to bare clear plastic just above the knee.  This painted clear plastic is replicated in the forearms, which are connected to an opaque upper half, all featuring blue-tinted variations of the Jedi Master’s typical pallet, but with a shimmering, glossy pearl finish. This near-metallic paint is also applied to the headsculpt, a recast of 2016’s Obi-Wan, and the figure is finished off with a sheer purple fabric robe tailored exactly like the original figure’s brown cloak.

The result is a multi-layered figure whose physical presence defies its etherial nature… somehow this half-solid action figure legitimately feels “see through,” yet none of the articulation of moving pieces are laid bare.  And the clear lower half actually replicates the on screen look of the Force Ghost brilliantly, while the purple cloak adds a translucent nature to even the figure’s fully painted parts.

Obi-Wan lacks any accessories (as if he needs any as a ghost), and I’ve heard reports about the robe fabric tending to tear or fray… but it’s worth noting my figure’s cloak is fine, even after adjusting it multiple times.

Hasbro even had some fun with this figure’s packaging. While the overall shape and layout fit right in with other Black Series releases, the red accents on the box have been replaced by a bright blue, as has the box inlay.  The overall effect, while simple, makes this figure stand out as both an exclusive, and as a character from another plane of existence… it’s a choice that helps make this figure unique even for MOC collectors, and also makes him an easy mark to spot while hunting at your local Walgreens.

Speaking of Walgreens, they are the only store you can find the Force Ghost Obi-Wan, and he’s shipping now to stores nationwide. Even if you already own the original Black Series Obi-Wan (and you should… he’s one of the absolute best figures in an all-around great toy line), this variant is not only essential in terms the property, but he’s one of the best designed toys I have seen in years. 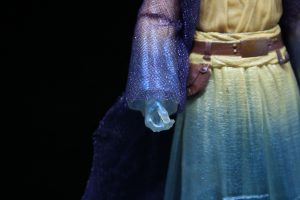 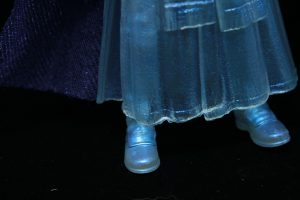 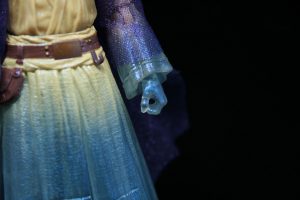 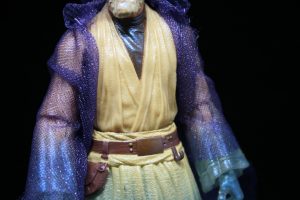 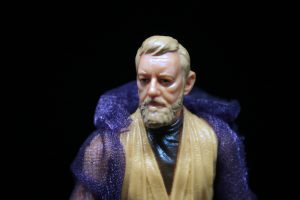 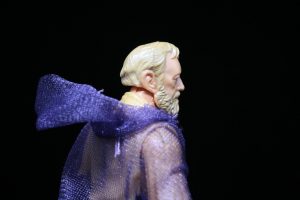 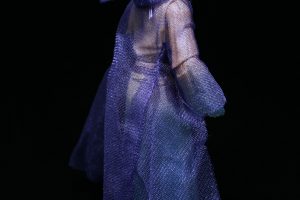 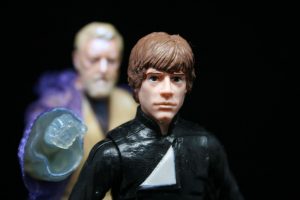 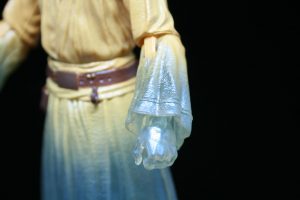 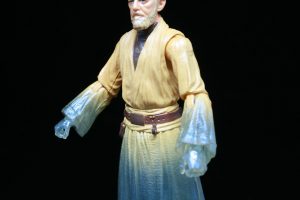 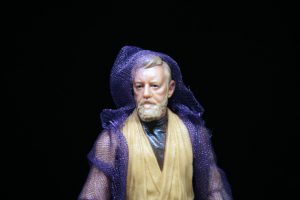 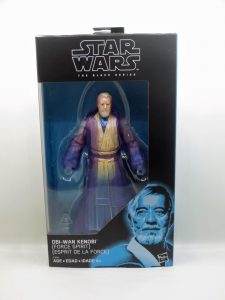 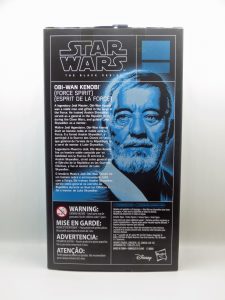 *Hasbro’s box art refers to this figure as a “Force Spirit.” But we all know it’s called a f***ing Force Ghost. So I’m choosing to ignore this nomenclature on the packaging for the entirety of this review, so I can call a spade a spade. Sorry not sorry.