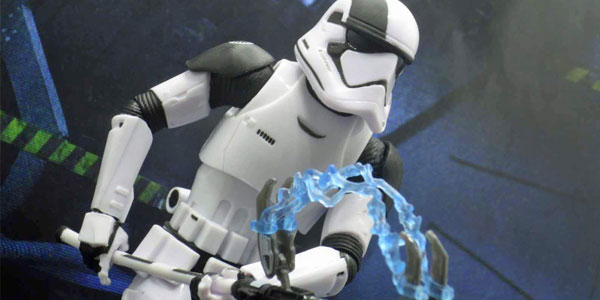 While Hasbro’s The Last Jedi Black Series opted not to re-release a basic First Order Stormtrooper, one of the new troops making their debut in the new film has made his way to Target stores. The First Order Executioner features unique black markings on his armor, and an electro axe weapon, apparently intended to serve “justice” to those who would stand against the First Order.

What does that mean for this guy’s role in The Last Jedi? I have a hunch First Order deserter Finn will run afoul of the Executioner at some point, but beyond that, I guess we’ll all have to wait until December.

The Executioner figure himself is a solid addition to the toy line. He reuses the Stormtrooper sculpt from The Force Awakens, which remains nicely proprtioned and fairly well articulated, apart from the somewhat restricted range of motion in the elbows. This trooper features black shoulder pads and a black line running down the right side of his helmet, but otherwise fits right in among the Stormtrooper ranks.

I think the main appeal of this figure is the axe, which is fantastic. The figure can hold the meancing weapon in one or both hands, and it features four articulated prongs at the top, with two removable electric effects that clip to the ends allowing for multiple display options.

The First Order Executioner is the perfect opportunity to scratch that troop building itch in a lineup that’s markedly light on soldier figures. And since Target is receiving him in solid case packs, he should be quite easy to track down in the coming weeks. Look for the Executioner exclusively at Target stores. He’s listed under DCPI 087-06-8397… Happy hunting! 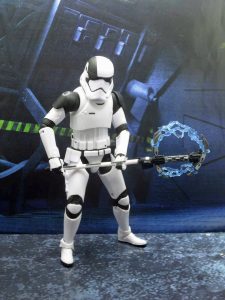 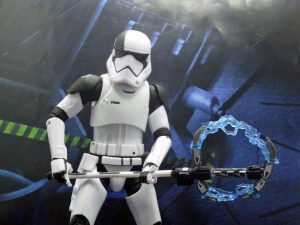 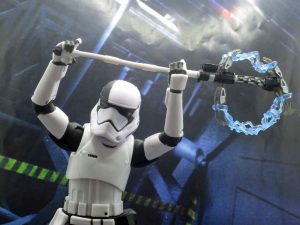 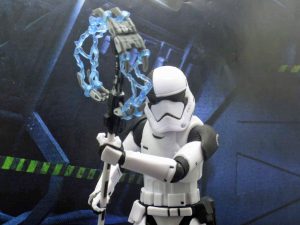 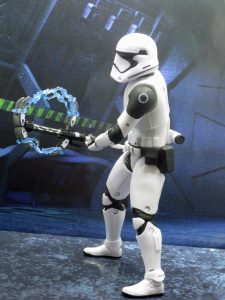 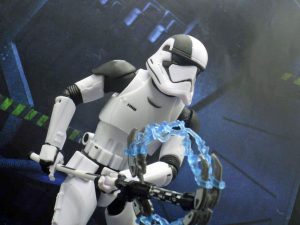 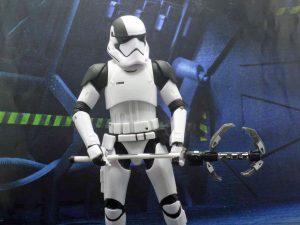 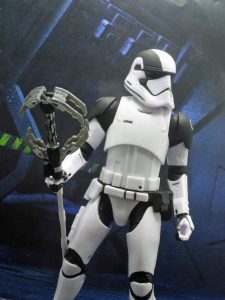 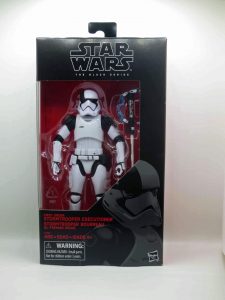 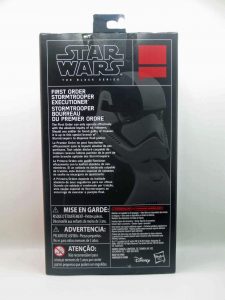