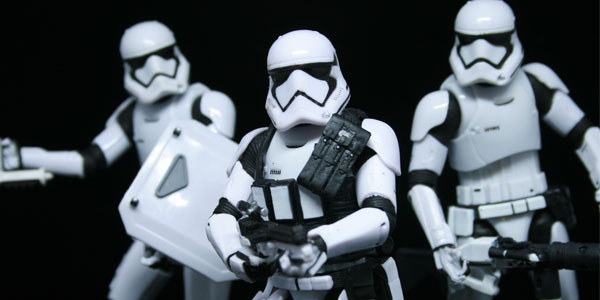 The army of the First Order returns to The Last Jedi Black Series, and they’re packing some serious firepower.

I was surprised that there was no sign of a regular-degular Stormtrooper in the first few waves of Star Wars Black Series releases based on The Last Jedi. Sure, we saw the First Order Executioner, and a new army builder with the Praetorian Guard, but there was no sign of a return of rank and file troopers, despite their heavy presence in The Force Awakens collection.

Hasbro and Amazon changed that with their geared up Stormtrooper exclusive, who’s available now. This deluxe 6″ figure costs more than a standard release at $35, but the amount of new accessories he includes justifies this markup.

The figure itself is mostly the same as The Force Awakens trooper, with all the same positives (a great sculpt) and negatives (limited articulation, especially in the elbows). He does, however, feature the newly sculpted, more angular helmet seen on the troopers in The Last Jedi, which was first released in toy form on the Executioner.

But what really sells this guy are the extras… I consider him in league with the environmental base sub-line of exclusives, only instead of a display base he gets a mean arsenal of First Order weaponry. Some of it, we’ve seen before– the trooper includes the energy baton and riot shield originally included with FN-2199, though it should be noted this baton is the second, better version featuring expanding prongs. He also includes a standard issue F-11D blaster rifle and SE-44C blaster pistol, as well as a Snowtrooper style backpack.

Beyond that, the rest of this gear is brand new. It’s easy to convert this standard trooper into a Heavy Arms Stormtrooper, thanks to the removable webgear and the FWMB-10 repeating blaster, making it’s debut in the 6″ toy line. The harness fits the figure very well, adding some visual flair to the standard white Stormtrooper armor, and the heavy gun looks perfectly screen accurate. But remember when I mentioned those limited elbows on the figure earlier? They render this great looking gun sort of useless, as the figure can’t bend his arms enough to hold the weapon in a natural way.

So the figure’s hindered articulation comes back again to haunt us, though it doesn’t ruin all the great new tooling we do get, in my opinion.  Also in the figure’s favor is the unique slipcase box packaging, which is one of my favorites ever from Hasbro. It’s such a slick presentation, loaded with a good look at the various iterations of the First Order trooper we’ve seen thus far on film, along with lots of cool little Imperial flourishes like the slat pattern die cut on the gatefold. We’ve seen plenty of elaborate packaging options for other Star Wars exclusives, but this one is more on par with the elaborate packaging we see on Hasbro’s Comic Con exclusives, far and beyond the more basic style of mass retail releases.

Despite some drawbacks in the original figure’s engineering, I’m happy to have a Stormtrooper released under The Last Jedi umbrella. The new gear looks great, and can be used with this figure or any other First Order troopers we’ve already amassed, and he rounds out the final faction we saw in Force Awakens thanks to the heavy arms gear. At $35, he might be a little pricey for an army builder, but it’s certainly worth picking up at least one to add to your First Order arsenal. 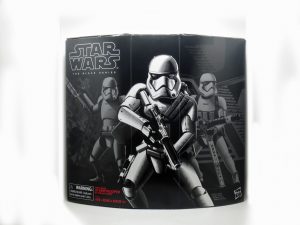 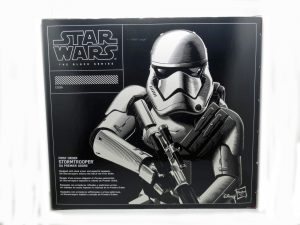 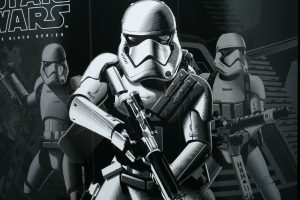 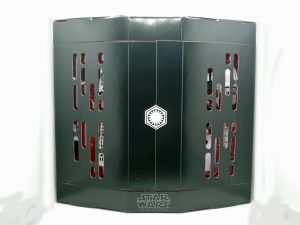 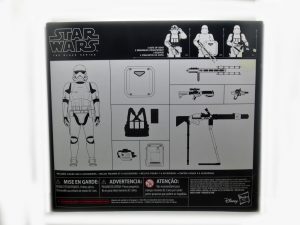 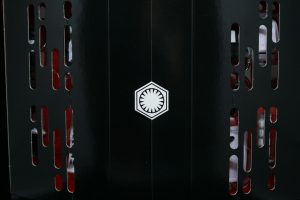 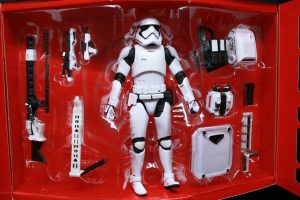 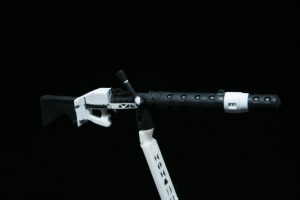 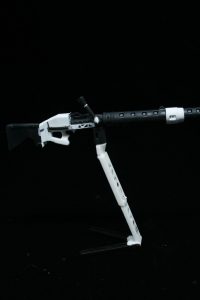 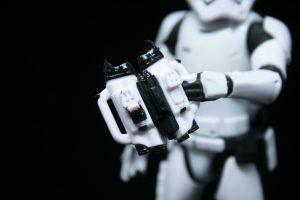 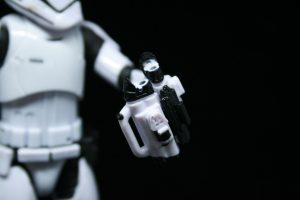 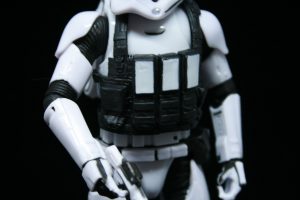 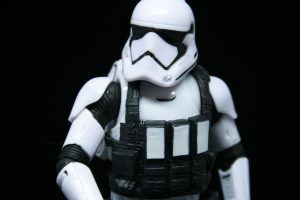 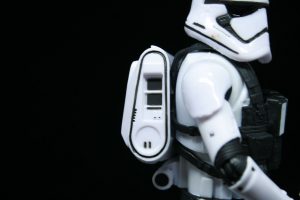 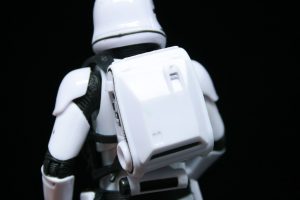 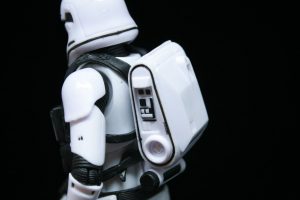