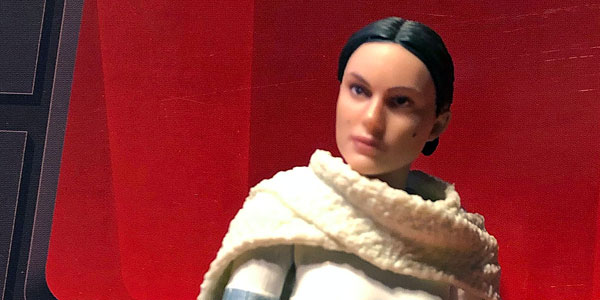 Hasbro’s ode to the Prequel Trilogy delivers the Queen-slash-Senator-slash-romantic interest for Anakin Skywalker to The Black Series.

2019 marks the 20th anniversary of Episode i: The Phantom Menace, and because of that, Hasbro is returning to the well to release a new batch of Prequel figures in their Black Series. One of those is Natalie Portman’s Padme Amidala, making her 6″ figure debut, and thanks to Hasbro’s fantastic sculpting and real scan paint apps, she makes a stunning first appearance.

Hasbro made the smart choice to put Padme in her most action-centric outfit, the Buck Rogers-esque white jumpsuit from Attack of the Clones, and she looks great. Sporting an outstanding range of motion, Padme can hit any number of great action poses, and looks great on her own, or pitted next to Anakin Skywalker.

The portrait of Portman is one of Hasbro’s finest, and the rest of her sculpt is just as great. Despite the simplicity of her skin tight jumpsuit, the figure is filled with nice texture work, including micro wrinkles folded into her pants, the padded segmentation of her boots, and especially the thread-heavy pattern sculpted into her shawl, which is cast in rubber to retain its shape while not inhibiting her articulation.

At first I was a bit confused by Padme’s alternate right hands, both of which were sculpted with an exposed trigger finger. What I realized, though, was each is sculpted specifically to hold one of Padme’s two guns– a Battle Droid blaster and her own tiny silver blaster. This is great, because the two hands allow you to change which gun Padme is holding without irreparably stretching her hand while holding the much bigger and heftier Droid blaster. Smart decision!

I’ll admit, I’ve become something of a Prequel apologist in my later years. I won’t say any of them are GOOD movies (because I am not a crazy person), but I appreciate at least a few things I genuinely love out of each of them. Padme during the finale of Episode II is one of the highlights of that movie for me, so I’m doubly glad this is the scene Hasbro based their first Black Series Padme on. Do I still want a highly detailed, 6″ figure of the Queen in one of her crazy Episode I dresses? Absolutely. But I feel this is a smart choice for her debut figure in this scale. 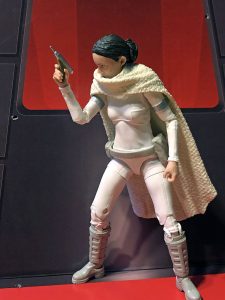 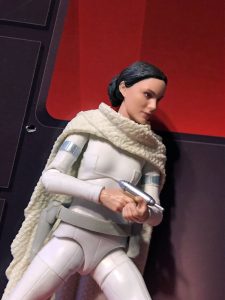 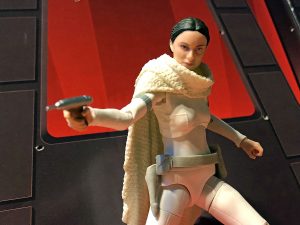 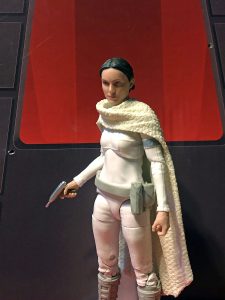 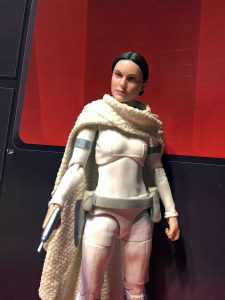 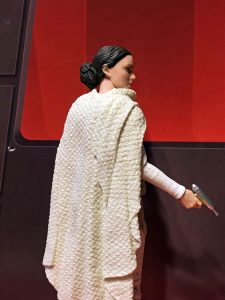 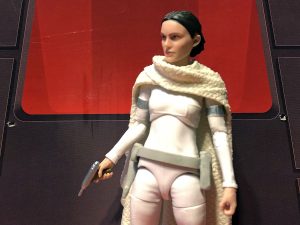 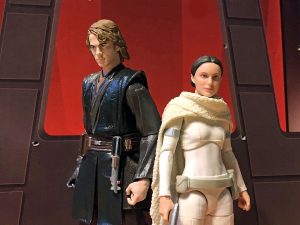 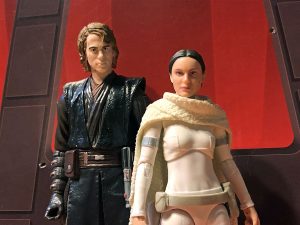 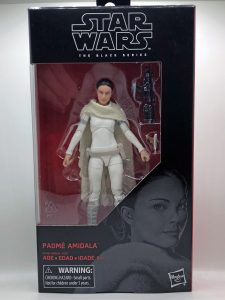 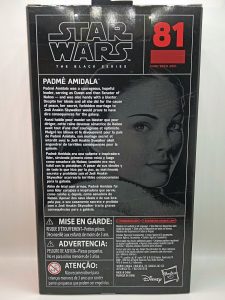