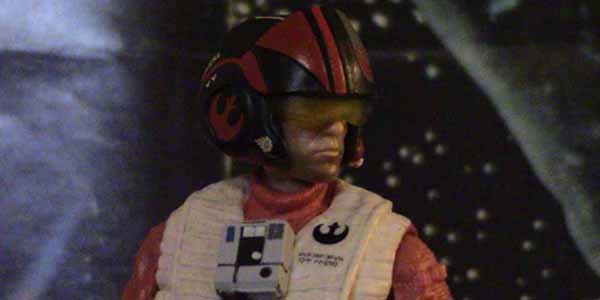 When Poe was first revealed as the new “Han Solo” type character in The Force Awakens, only one thing crossed my mind. What kind of name is Poe? Aside from having perhaps the least intimidating or cool names ever, Poe Dameron is nonetheless a core character and thus was destined to be one of the first figures in Hasbro’s Black Series line. Fast forward some time and we are graced with this incarnation of the new X-Wing pilot, and frankly, it is how most Black Series figures should be done from now on.

As ever, let us dive straight into the worst aspect of this figure. Unfortunately, as with many human figures in this line, the face doesn’t look right and certainly doesn’t look like Oscar Isaac. Something is just… off. I think it’s in the eyes, he looks tired. The five o’clock shadow doesn’t help that either. That being said the rest of the figure captures the character of Poe very well. The helmet is done very well and sits on the head just as good as on pilot Luke from wave one. While I may not be keen on the new design as opposed to the Original Trilogy, the toy itself looks like it is supposed to.

Accessory wise, Poe is the perfect example of what we should be getting with all figures. Not since Han Solo in the early waves have we seen this many accessories packed with our figures. He not only comes with the aforementioned helmet, but also a blaster and two sets of hands, gloved and barren. These additions propel this figure from okay to great. Looking back on many of the previous releases make me question why Hasbro doesn’t go all out all the time (except the obvious answer: money). Imagine if Jedi Luke came with all of his Endor gear, or lighting hands for the Emperor. It is truly infuriating the more you think about it, but I digress.

Articulation is perfect as expected. Poe has a ball hinged neck, shoulders, elbows, swivel and ball hinged wrists (depending on which hands you have him wearing), a ball jointed torso as well as hips, swivel at the upper thigh, double hinged knees and the rocker hinged ankles. Nothing out of the norm here, but I do question Hasbro on why they didn’t give us ball hinged wrists on both sets of hands. While it doesn’t seem like a big deal, I have noticed it does limit his poseability in a big enough way to mention it.

If you collect the six inch line, you’re going to need Poe as he is a main player in the new movie. However, if you pick and choose which ones to pick up, this might be one to pass. He is a solid figure, but doesn’t bring enough to the table to make him a must buy like Phasma. The flaws that are present does make Poe a bittersweet figure, and hopefully as this line continues Hasbro sees the issues and fixes them. Poe is one step forward, but still two steps back. 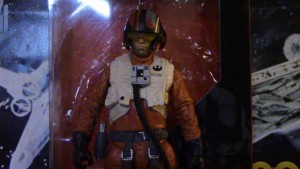 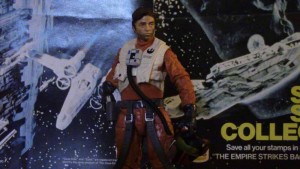 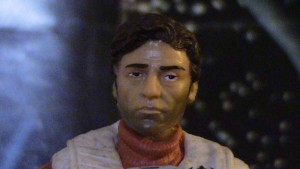 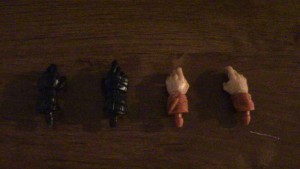 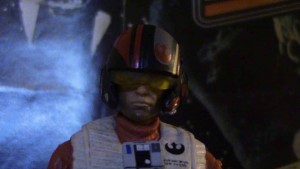 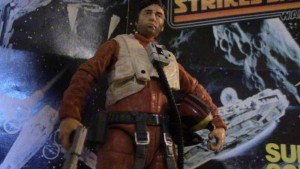 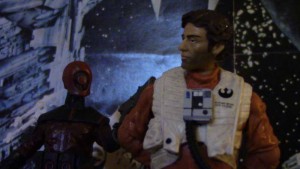 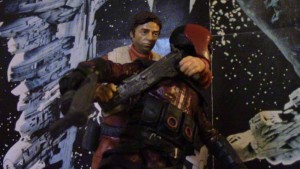 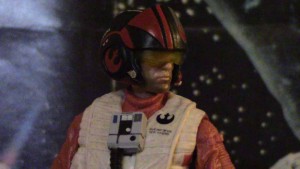