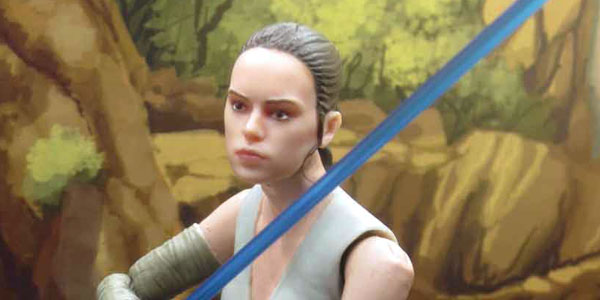 Hasbro’s latest 6″ Rey might be the greatest Black Series release to date.

Much has been said of Hasbro’s new face scanning technology, which has been providing dramatically lifelike toys based on the Marvel Cinematic Universe recently. Now that paint style is being applied to Star Wars The Black Series, and the new Rey proves what a game changer this can be.

Hasbro’s sculpts have been outstanding since The Black Series launched, but there have been a number of figures marred by lousy paint work, but the new Rey does a complete about-face, with itricate and realistic paint apps that not only look great, but bring the stunning accuracy of the Daisy Ridley portrait to light.

And it’s great to get a brand new costume for Rey with this release, too! Instead of releasing the excellent new portrait on re-releases of her scavenger or Jedi outfits, Rey is wearing her Resistance costume for this figure, making its debut in 6″ figure form. This is especially great, considering how much of The Last Jedi Rey spends wearing this outfit, and Hasbro’s all new sculpt captures it perfectly. 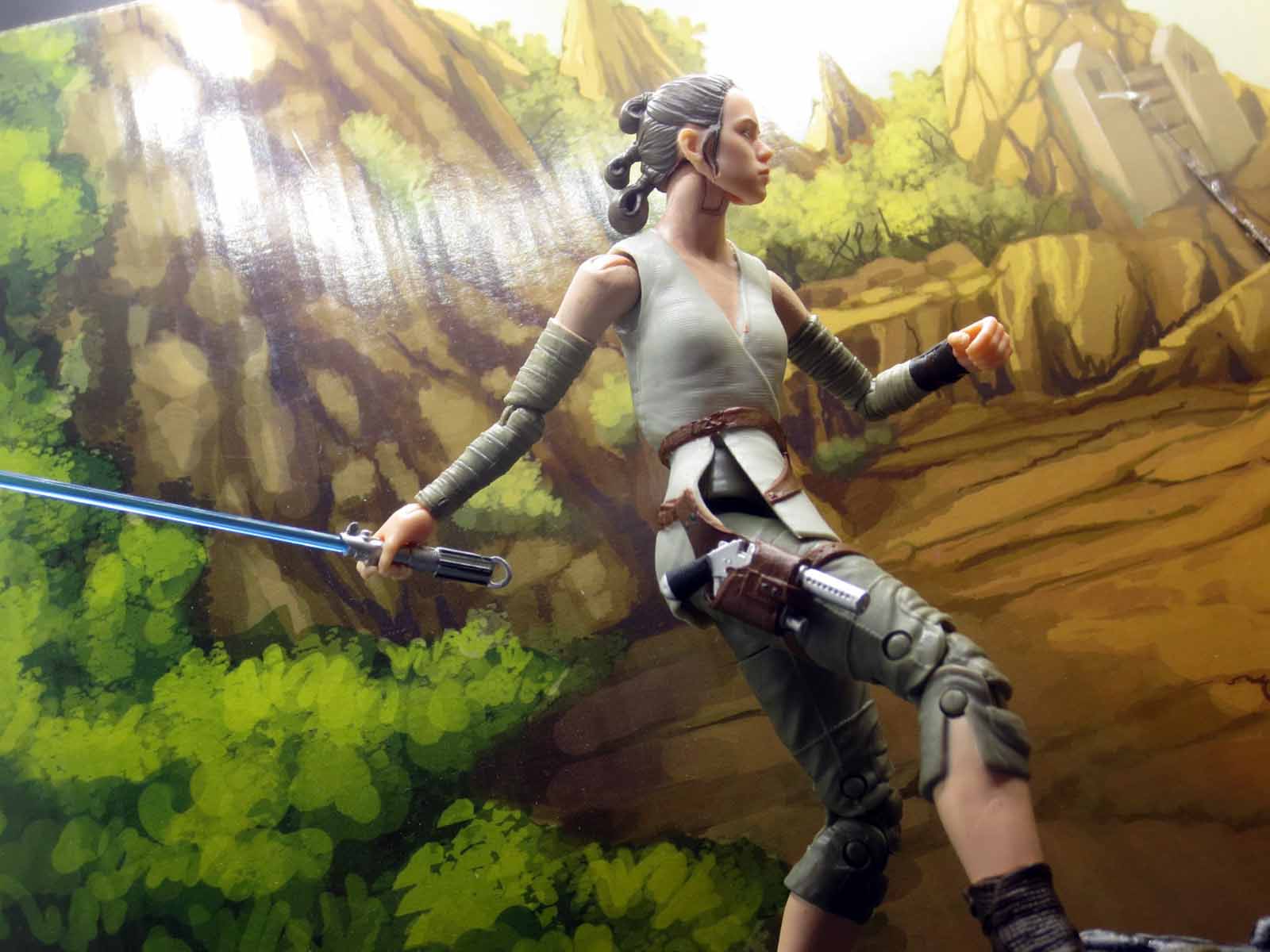 Rey sports a great range of motion… even lacking double elbow joints, she can strike a classic lightsaber wielding pose quite nicely. And while it takes some doing, her vest can also be removed, giving her a good alternate look from the film. Adding to the display options, Rey comes packed with the grey poncho she wears on Ahch-To, rendered in a smooth fabric that drapes quite nicely over the figure’s frame (even the hood!). This means we get three distinct, film-accurate looks for Rey… all in the same release. That’s how to do it, Hasbro!

It should come as little surprise what accessories Rey includes. Once again, she’s got her staff, the blaster she got from Han Solo (complete with a functional holster), and the Skywalker lightsaber. Makes sense, and considering those three pieces and the poncho, this Rey is one of the more accessory heavy Black Series figures we’ve seen.

There’s a lot to love about Island Journey Rey, but I keep going back to that amazing portrait. It’s so realistic, so natural looking, and so lifelike… to see this level of quality on a mass produced, general retail release makes it all the more mind blowing. If this quality is going to Hasbro’s default going forward, the future of The Black Series is incredibly bright, and I cannot wait. 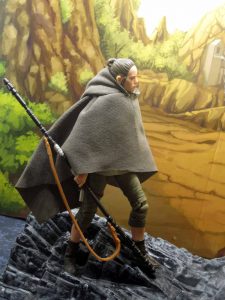 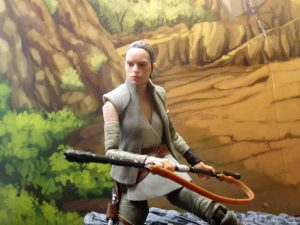 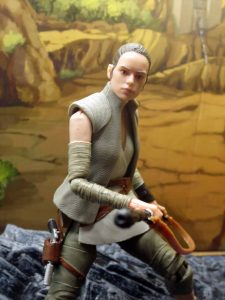 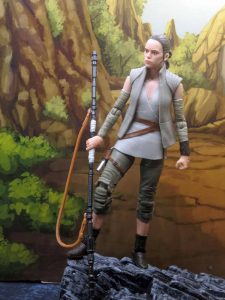 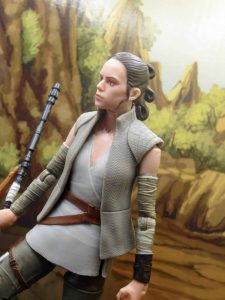 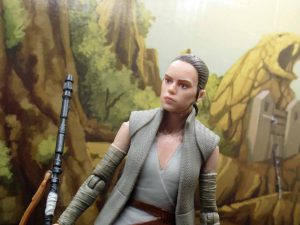 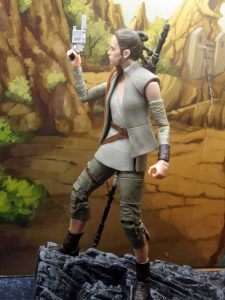 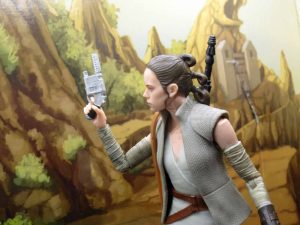 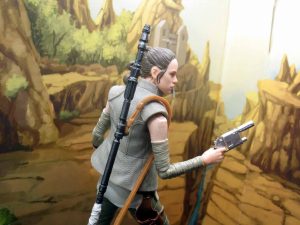 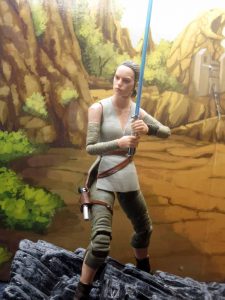 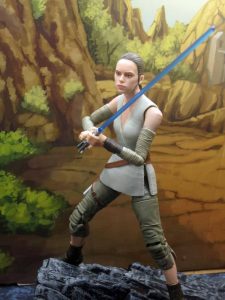 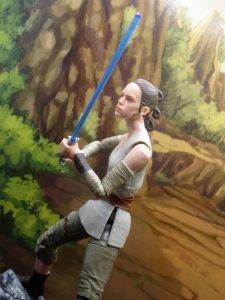 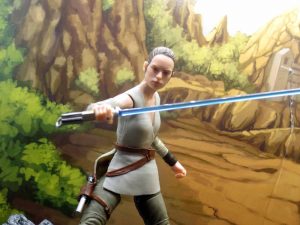 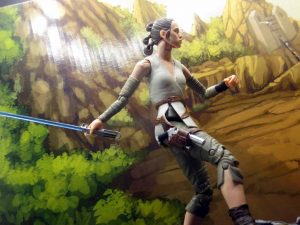 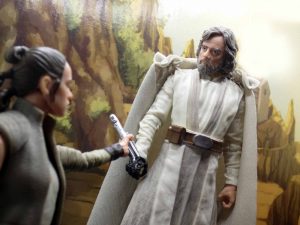 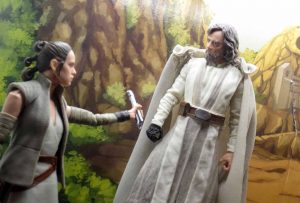 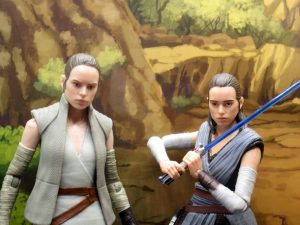 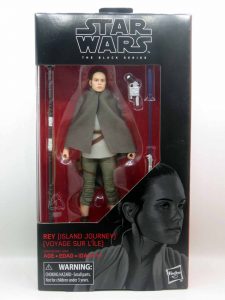 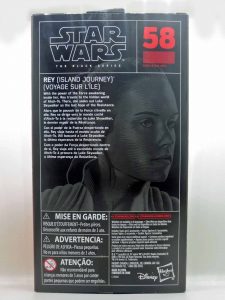