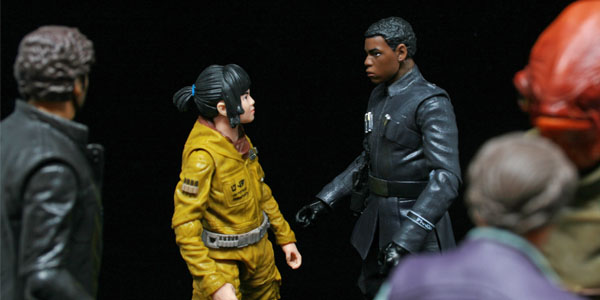 Based on what we’ve seen of the film in the trailers (and the merchandising that’s been available since September), The Last Jedi isn’t going to feature a ton of brand new characters to the ongoing Skywalker saga.  One of the few new characters who seems to play a significant role, though, is Rose, a technician for the Resistance who teams up with Finn for a secret mission.

Rose has already received the toy treatment a few times in 3.75″ scale, but she makes her 6″ debut in the latest wave of Black Series action figures, which is just starting to make its way to retail.  The figure features an all new sculpt that reflects Rose’s small stature, and provides the most richly detailed version of her Resistance overalls we’ve seen yet in toy form.

Sometimes baggy clothing on a plastic figure can look too bulky, but Rose’s proportions are perfectly realistic, and her articulation is effective without dramatically interrupting the character’s silhouette. I love the little flourishes of asymmetry, such as the hood sculpted down onto the figure’s back. It enhances the lived-in, practical nature of the character… she actually looks like she’s ready to get to work on whatever machinery the Resistance needs fixed up.

Unfortunately, the portrait of Kelly Marie Tran is considerably less focused than the great sculpt of Rose’s uniform and unique hairstyle.  The likeness is solid, but the plastic Hasbro used for Rose’s head is too glossy and soapy, leaving it looking too artificial and soft in terms of definition.  It isn’t terrible, but the softness definitely stands out compared to the intricate detail in the rest of the figure’s sculpt.

Rose includes two accessories, her Resistance issued rifle (which she can hold quite well in one or both hands), and a tool which can plug into a hole on her belt. Having not yet seen The Last Jedi, I don’t know what role Rose will play in the Star Wars saga, but she makes a good addition to The Black Series regardless. I love the nuanced detail poured into what could have been a boring “human in jumpsuit” figure… and if her character is as cool on screen as the rumors have suggested, Rose may become one of the sleeper hit figures of Hasbro’s Last Jedi collection. 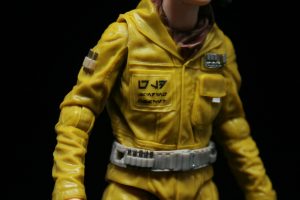 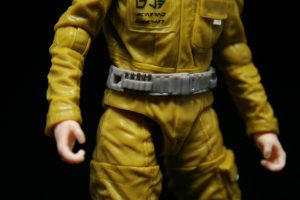 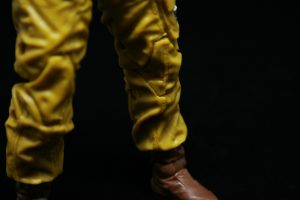 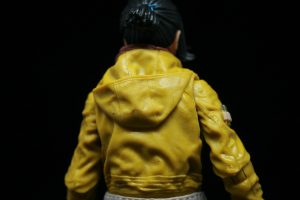 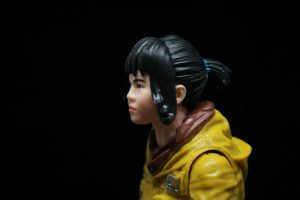 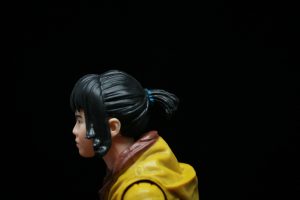 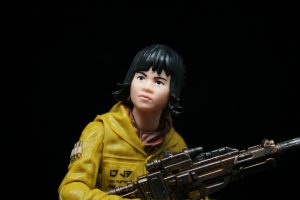 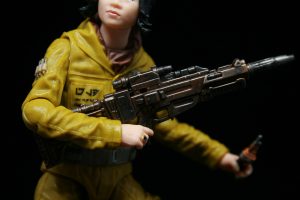 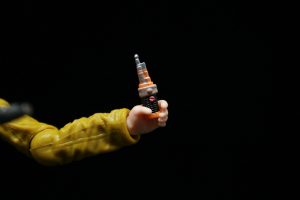 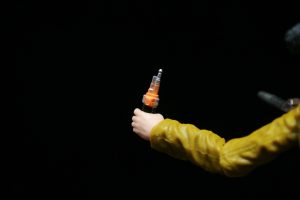 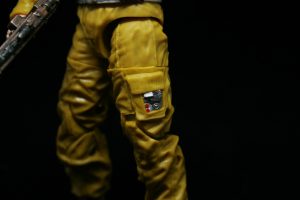 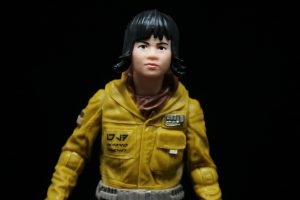 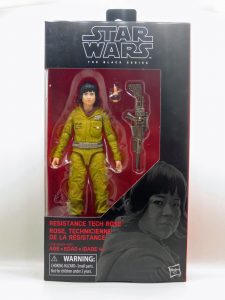 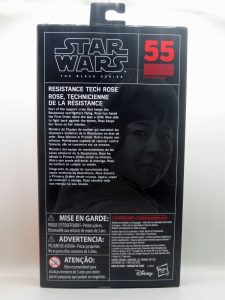