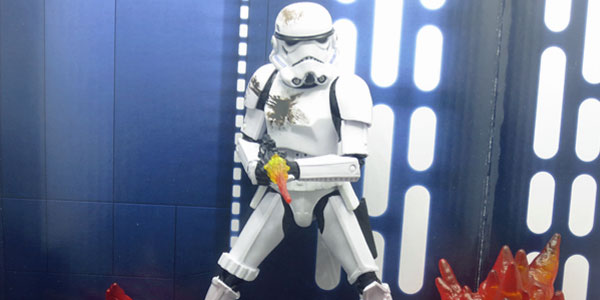 The Original Trilogy Stormtrooper comes back to The Black Series with an all-new deluxe release only at the Disney Store.

This base figure is identical to previous Stormtrooper figures, but he features all-new paint apps that replicate the burned, post-blaster-effect markings of a shootout with the relevant Rebels at hand. Seeing multiple examples of this figure has made me confident to say each of these 6″ figures is approximately identical (a difference from the Wal-Mart exclusive Mimban Trooper, whose appearance varies wildly), yet it’s the additional accessories that make this figure truly worthy of a purchase.

Our new Stormtrooper set includes not only the 6″ figure and blaster, but also a display base and two blaster explosions– which help display the figure in an action pose– and also a clip-on blast effect which connects to the front of the Imperial blaster for a scene-specific display option.

That appeal would be enough for some, but I would have opted to pass on this release…. until I learned he also included a fantastic Imperial hallway backdrop– the perfect backdrop for any 6″ scale Star Wars toy collector– which, for me, provided just enough justification for re-purchasing. Overall, even for those who may own the previously released Black Series Stormtrooper, this new battle damaged, Blast Effect Stormtrooper feels like both a welcome troop-builder and a worthy Troop Builder, despite the uniform paint apps that adorn his battle damaged armor.

Look for the Blast Effect Stormtrooper at your local Disney Store, or jump onto Shop.Disney.com to order online. 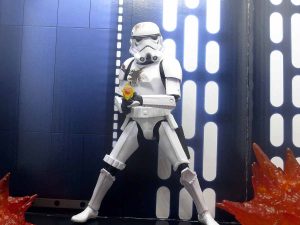 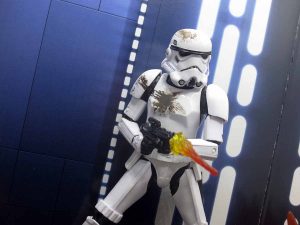 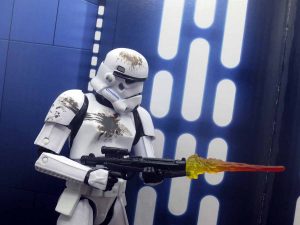 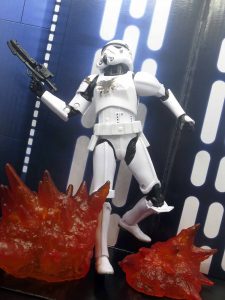 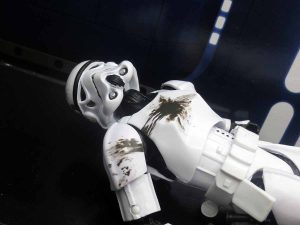 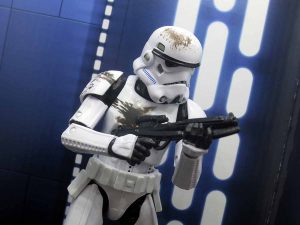 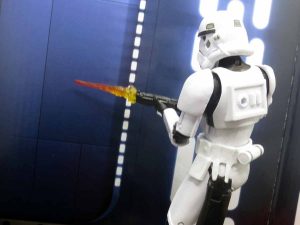 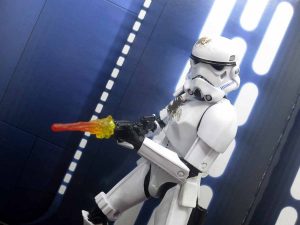 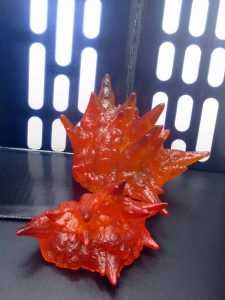 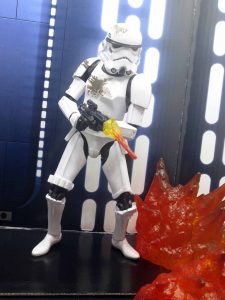 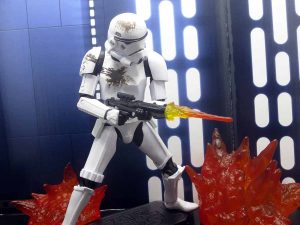 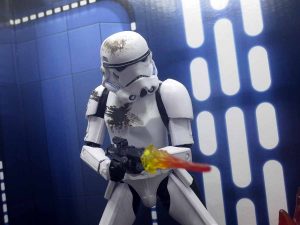 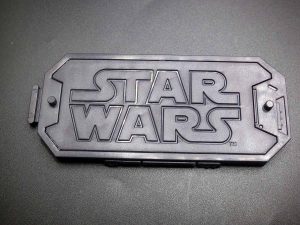 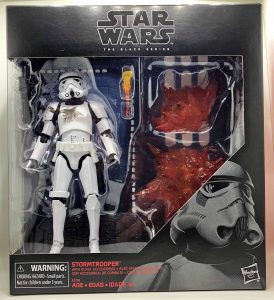 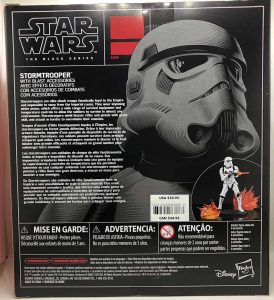