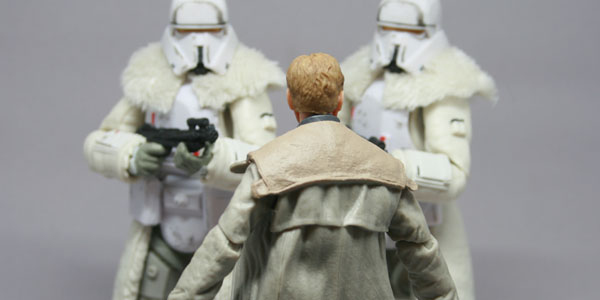 Woody Harrelson’s Tobias Beckett was probably my favorite performance in Solo: A Star Wars story. As the man who inspired the Han Solo we know and love, Harrelson was very subtle in his mannerisms and the roguish charm he brought to the role, which would later be adopted by the galaxy’s most iconic smuggler. Beckett also played a major role in (at least parts of) the Solo movie, so he seems like the ideal candidate for Hasbro’s Black Series.

Employing all the modern aesthetics of the toy line– highly detailed, screen accurate sculpts, actor liknesses enhanced by real scan paint apps, and a solid range of articulation, Beckett is one of the best Black Series figures we’ve seen in quite some time. 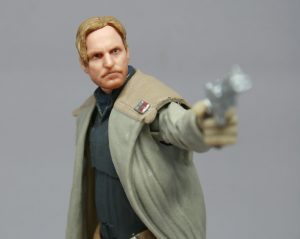 The figure looks just like Beckett’s cinematic appearance, from the costume to the excellent portrait of Harrelson. While his black flight suit and grey duster might not be the most eye-catching of Star Wars outfits, it fits for Beckett’s character and feels appropriately lived-in for a smuggler/ gun for hire/ all-around rogue. Beckett can strike a number of great action poses due to his two unique, cowboy-inspired blasters (each with functioning holster), as well as Hasbro’s new neck articulation, which moves at the top and bottom of the neck allowing for a great range of natural motion from the head to the shoulders.

The coat is the only potential area of contention on this guy. The rubber overlay piece is sculpted with one side swooped back, as if Beckett is brandishing his holster. This means we don’t get an entirely neutral position for the piece, so it can look slightly awkward in certain resting positions. I like the choice, as the flourish of the jacket is well sculpted, and gives the figure a dynamic nature which could have been lacking if the coat sported a more neutral sculpt (see The Last Jedi’s DJ as an example).

While it only includes three new figures, I have to admit Hasbro’s latest wave of Black Series figures is still one of their best, as Beckett, Empire Strikes Back Han, and the Rebel Fleet Trooper are each all-timers in this ongoing toy line. Look for Beckett and the rest of this wave now at Gamestop and other specialty retailers. They should be hitting mass retail stores like Target and Wal-Mart at some point down the line, as well. 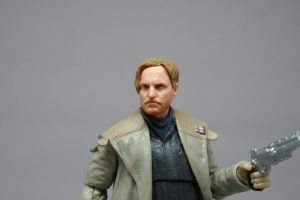 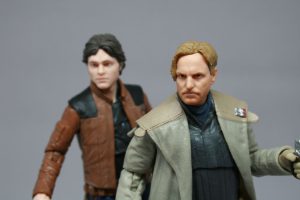 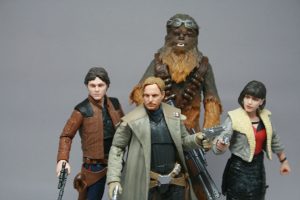 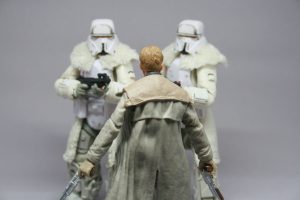 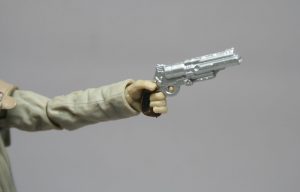 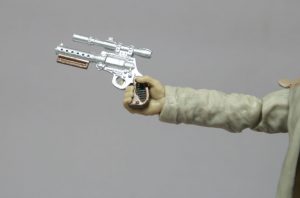 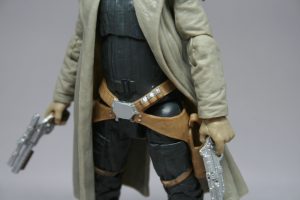 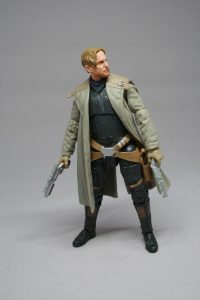 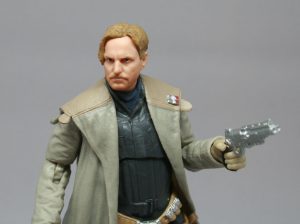 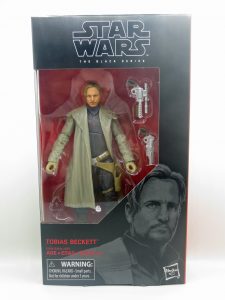 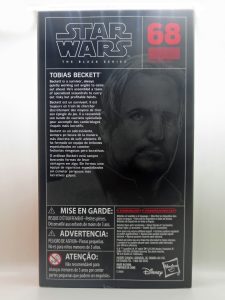