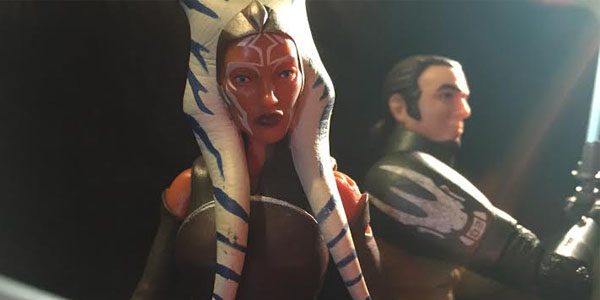 If you are a fan of the cartoon Star Wars Rebels on Disney XD, then these two new releases from Hasbro’s Black Series line are no strangers to you. Enter Kanan and Ahsoka in 6 inch action figure glory!

First let me start off by saying WOW!!! I know if you already have these figures then you know WOW is a totally acceptable review because they are amazing. The Star Wars Black Series has had many hits and only a few misses. Collectors that sleep on these figures tend to end up paying for it (literally) down the road. With the announcement of Kanan and Ahsoka fans were foaming at the mouth to get them into their hands,

Kanan Jarrus (aka The Last Padawan) looks very close to his look in the cartoon. His articulation is amazing. You would think that the holster for his blaster would hinder some of the leg movement but it does not. The hilt to the lightsaber is very malleable and has been made with a soft plastic that holds its shape and makes it easy to put the saber in his hands. I could nit pick on how generic the face paint application is but for a mass retail figure it is normal and does its job, The detail on his shoulder pad is well done. Kanan comes with his Lightsaber and Blaster as accessories.

Ahsoka Tano has been seen on the TV screen since the Clone Wars cartoon. When she came back in Rebels the fans went wild to see that she has become so strong with the force. It is not unbelievable given who her Master was. Ahsoka has a fantastic sculpt. Amazing articulation in her wrist give you the ability to pose her dual lightsabers in many fantastic ways. There is one issue with her ankles. The shin guards hinder the ankle joint from pointing her toes upward. Also her head tentacles also hinder the head movement but not that much since they are made of a softer plastic. There is also a small fabric cloth below the belt that adds some nice flair to the figure. She is an AMAZINGLY done figure. Ahsoka comes with her dual lightsabers with grey blades. I was actually very happy to see Star Wars touch on the grey crystal as the EU is very popular with the fans. 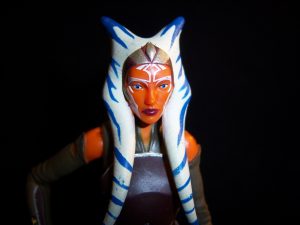 This wave is very hot right now and given that most of the figures in the case are one per case makes the hunt even harder and more intense. From what I gather among the collector community, Target is the only place this particular wave is showing up for now. Looking at the secondary market prices on these you want to find them at the local stores to avoid the high resale prices. 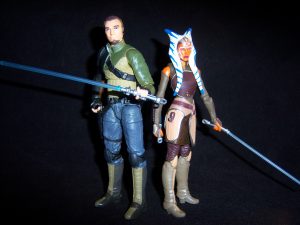 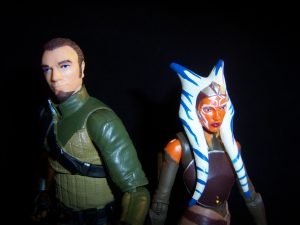 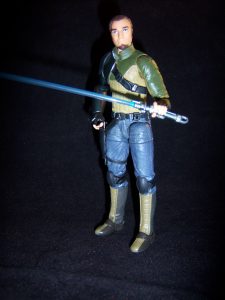 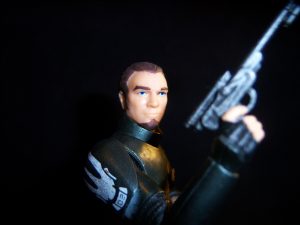 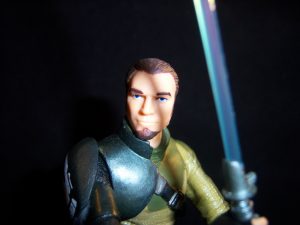 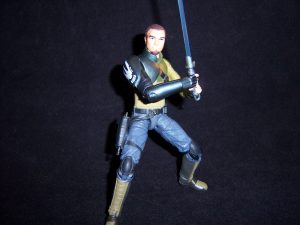 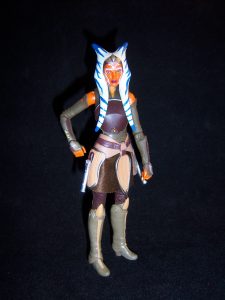 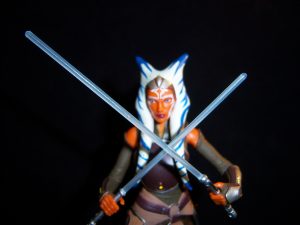 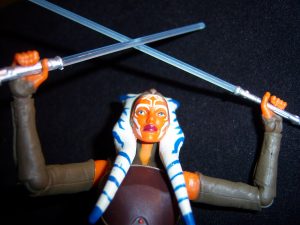 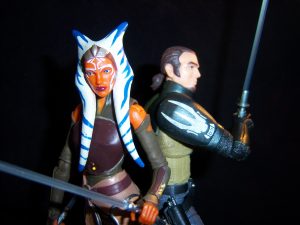 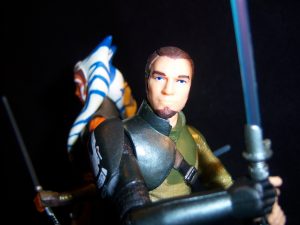 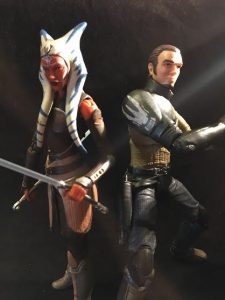 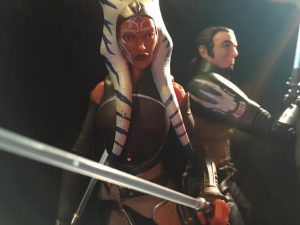 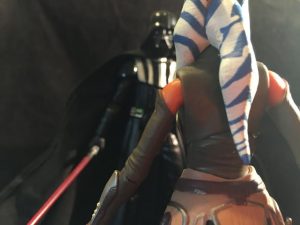