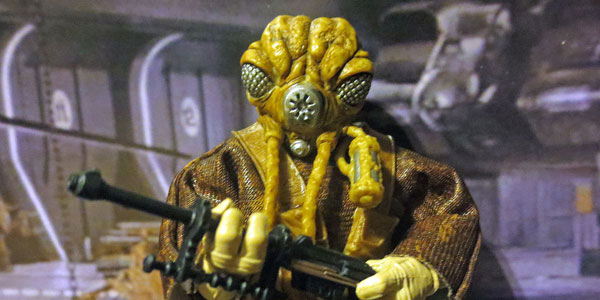 After a long, arduous journey, the final Bounty Hunter finally makes his way to The Black Series.

The six Original Trilogy Bounty Hunters didn’t have much screen time when they appeared in The Empire Strikes Back, but their presence hit a lot of the right buttons in terms of Star Wars’ appeal– their weird appearances gave them a strong appeal as weird alien/ Droid/ creatures, and alluded to six distinct histories we could paint in our imaginations beyond what little we saw of them on screen.

The Star Wars toys helped spark many imaginations over the last few decades, which has made the Bounty Hunters’ appearances throughout Hasbro’s Black Series a welcome addition to the toy line. We already saw four of the six join the 6″ toy line previously, but Dengar and Zuckuss were revealed at Toy Fair earlier this year, effectively rounding out the lineup this Fall.

Dengar was released as part of Series 18, but the diminutive, bug-like Zuckuss remained in limbo, after the closing of Toys R Us, the retailer previously established as his exclusive venue. Thankfully, the Disney Store stepped up to release the figure, and he’s available now at their stores and via Shop.Disney.com, giving all of us the opportunity to complete the squad of scoundrels assembled by Darth Vader to hunt down our Rebel heroes.

So Zuckuss has become the final piece of this Black Series puzzle… and thankfully he was well worth the wait. The figure’s all new sculpt is in perfect scale with his fellow Bounty Hunters– Zuckuss stood short compared to his colleagues, barely taller than five feet. Yet the Gand warrior remains imposing, with is bug-like face, complete with his highly detailed, semi-organic breathing apparatus, and his fully poseable body, which is not at all impeded by his leather-like soft goods overcoat. The material for this jacket looks heavy yet rests very lightly and loosely over the figure’s highly detailed base body, allowing a fully range of motion despite the coverage and the chest harness that sits over the jacket.

Zuckuss includes a unique double-barreled blaster which he can hold with one or both of his flipper-like hands. It’s the perfect accessory, based on his cinematic appearance, and the detailed paint work on both the figure and jacket add a fantastic sense of realism to the overall figure.

It’s great to finally have Zuckuss join his fellow Hunters in The Black Series, though it’s a shame Disney decided to increase his price tag by $5 for no apparent reason, other than anticipation and demand that’s been buzzing online. Disney Store’s Blast Effect Stormtrooper includes enough weapons and accessories to justify his premium price, but Zuckuss contains no such extras… he really should have been a standard $20 release. Despite this underhanded price gouge, I’m mostly still happy to have Zuckuss in the 6″ toy line, to round out this cool sub-set of figures within The Black Series. But I hope this mark-up trend isn’t something Disney Store will continue to lean on, if they continue carrying more Black Series exclusives.

Look for Zuckuss at your nearest Disney Store now, or order him at Shop.Disney.com. 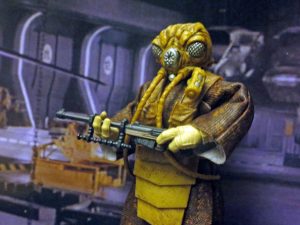 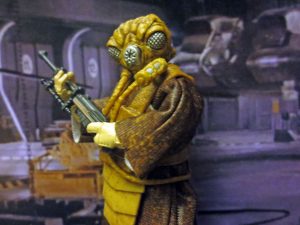 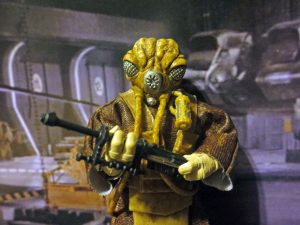 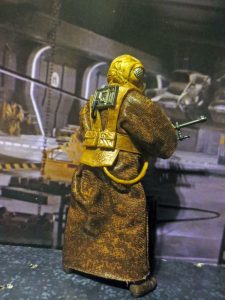 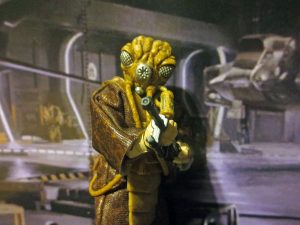 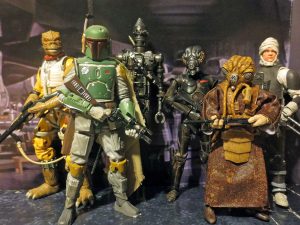