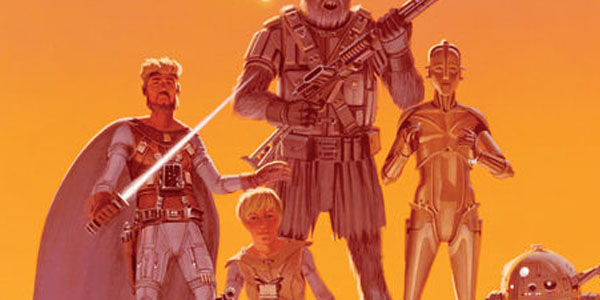 A world on the brink of war, and a king desperate to stop it. Can King Kayos stop the war before it starts? 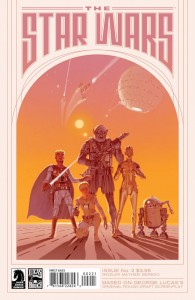 General Luke Skywalker prepares for war against the Galactic Empire led by General Darth Vader, while King Kayos is trying to keep the peace. Kane Starkiller returns to his home planet and asks General Skywalker to take his son Annikin as a Padawan.Thinking he has avoided war the King sends his daughter Leia off to school as he prepares to travel to a peace conference with the Empire. Will Vader attack? Will the Kayos succeed? And how will Skywalker’s plans conflict with the King’s?

The artwork of Mike Mayhew is clearly influenced by Ralph McQuarrie, and does justice to the source material keeping the classic look intact. The story is vastly different compared to the original trilogy but since there is a familiarity with some of the characters it flows quite well and keeps the readers interest throughout the book. The look of Skywalker as an older Jedi, Vader without his armor however his head and face are scarred up, and Leia as a younger teenager gives it a different but fun feel. The vehicles are also easy to reconize for anyone who is a fan of the Star Wars universe. Another great Star Wars tale delivered by Dark Horse, and company keep up the great story telling.

For those local to Maryland I recommend swinging by: Collectors Corner to pick up these great titles and more.