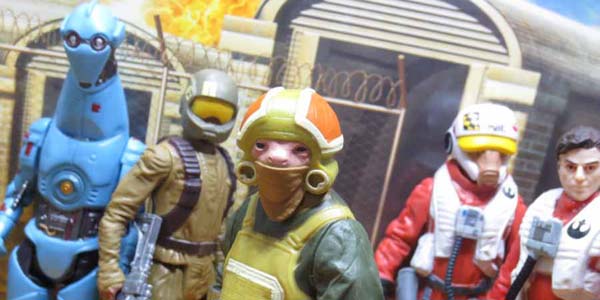 Obviously, Hasbro’s Star Wars Black Series is great, but as I’ve mentioned before, I might be even more in love with the basic, 5 point of articulation 3.75″ figures they are releasing for The Force Awakens. Despite their limited articulation, these figures are very well sculpted, feature a great range of major and minor* characters, and harken back to the vintage Kenner toys released in the Original Trilogy days.

The latest wave of figures delivers four more wonderfully sculpted figures, adding two new members to The Resistance with Goss Toowers and PZ-4CO, a new army builder in the Guavian Enforcer, and General Hux, Domhnall Gleeson’s First Order icy officer. It’s always sort of tricky to review figures like this, who we know virtually nothing about aside from a two-sentence biography on the back of each blister card, but in terms of quality and overall sculpted detail, these guys are pretty great. 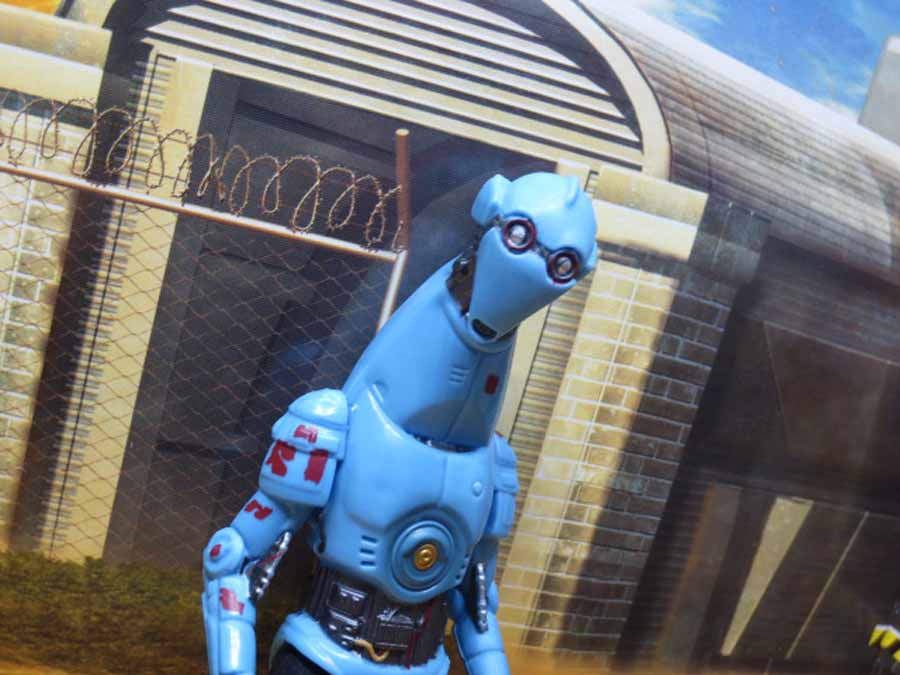 Goss Toowers appears to be a mechanic for The Resistance, and he seems to be a pretty standard JJ Abrams style creature. Short and husky, with overalls and a helmet, Toowers reminds me very much of Scotty’s pal Keenser from the modern Star Trek films, but he still fits into the overall Star Wars aesthetic pretty well. The same can be said for PZ-4CO, the new protocol droid who sports a wild new design, with a skinnier head and an extended neck. The blue droid is very visually distinct and adds a cool new design type to the droids of the Star Wars universe. I’m curious about the background of her abnormally long neck, and what functionality this serves, but whether that’s explained or not, it makes for a cool looking droid.

The Guavian Enforcers are some sort of thugs we’ll meet in The Force Awakens, and while their design doesn’t exactly scream “Star Wars,” it’s always nice to add another troop builder to this line. The figure is loaded with detail, from the folds of his baggy red jumpsuit to the cybernetic workings underneath his armor and helmet. I’ve heard some reports of Guavians whose arms are stuck at the shoulders, but this seems to be an isolated incident on only a few early batches, as the reports have definitely died down over the past few weeks, and both of mine move perfectly.

General Hux is our first post-Imperial Officer, and he presents as a pretty cool new bad guy. I his the sleek dark grey trench coat and the newly redesigned Officer’s cap, and the portrait of Gleeson is pretty solid. I am curious exactly what kind of character Hux will be, and how big an impact he will have on the future of the Star Wars universe, but for the time being, we DO know that he completes the trifecta of villains at the center of The Force Awakens, along with Kylo Ren and Captain Phasma. 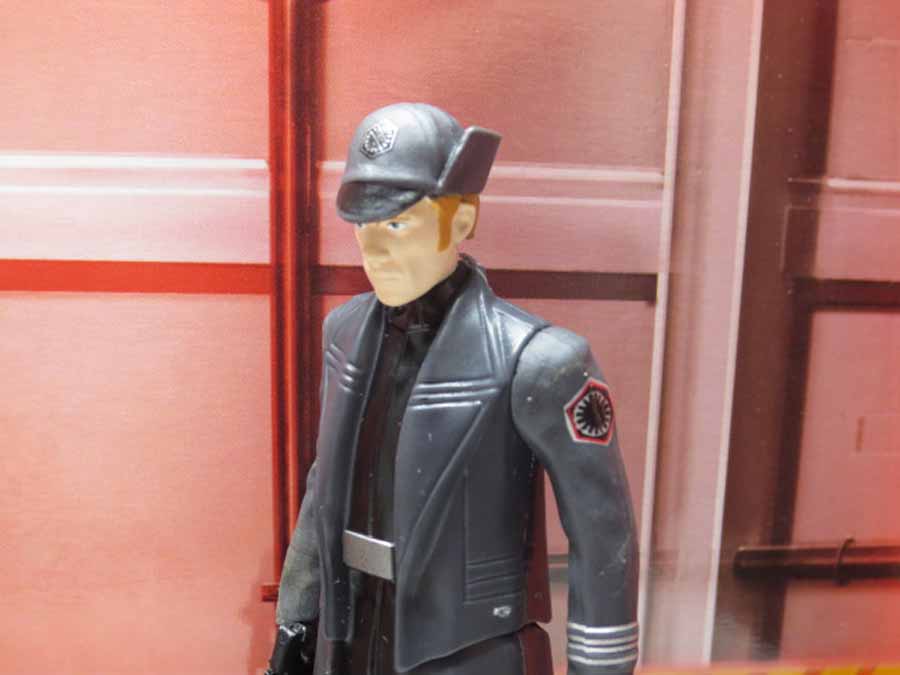 I still feel Hasbro’s Force Awakens basic figures are priced too high… I’d happily dump the goofy “build-a-weapon” accessories if it would drop the figures’ standard retail price to the more palatable $6-7, like we’ve seen in years past. But I love the look of many of these new intriguing characters, and The Force Awakens has rekindled my excitement for Star Wars to such a degree that I’m willing to let my wallet take the hit and overpay for action figures from this new corner of the galaxy far, far away. 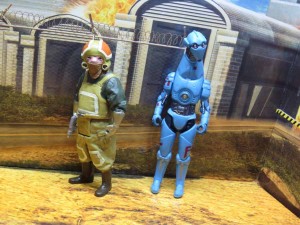 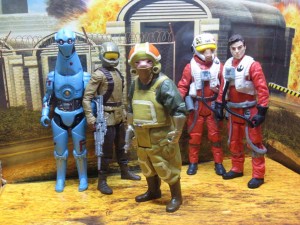 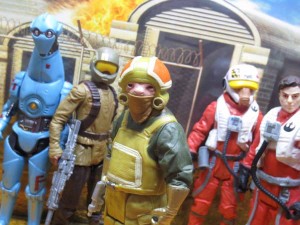 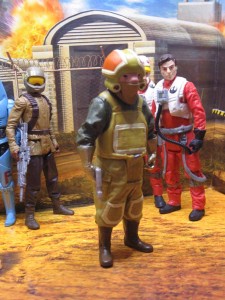 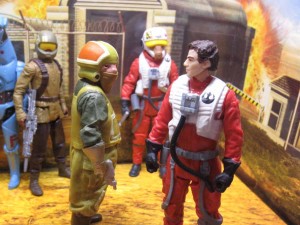 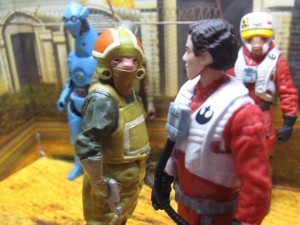 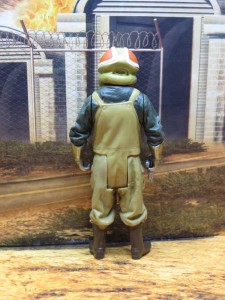 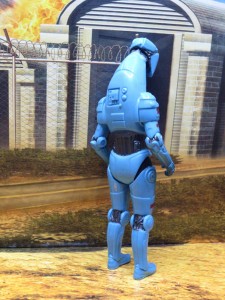 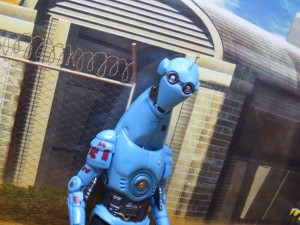 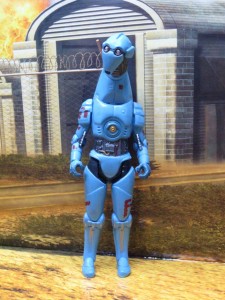 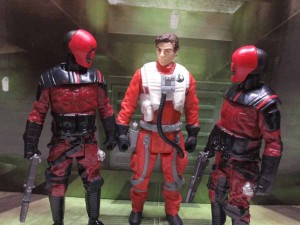 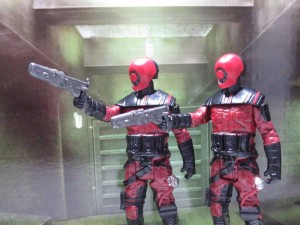 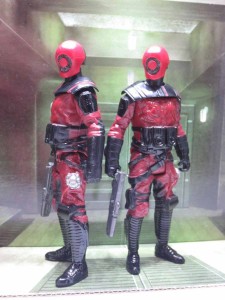 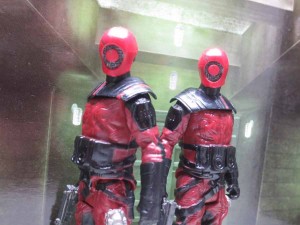 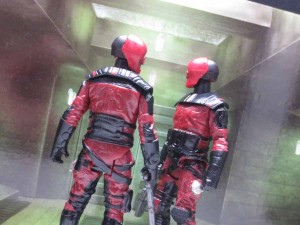 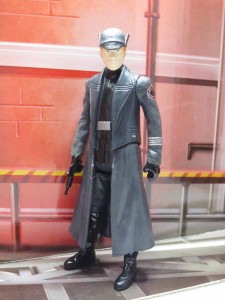 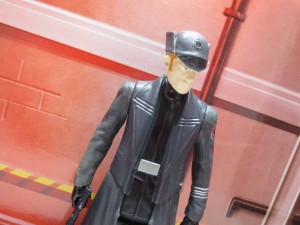 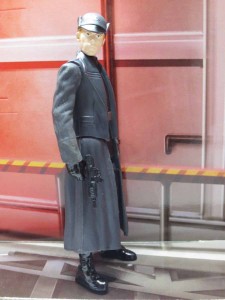 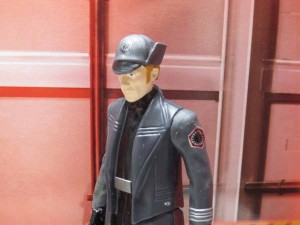 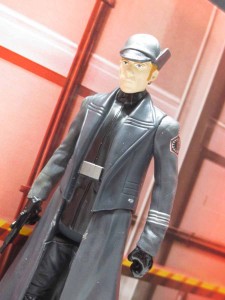 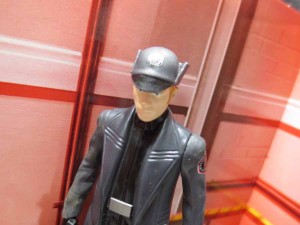